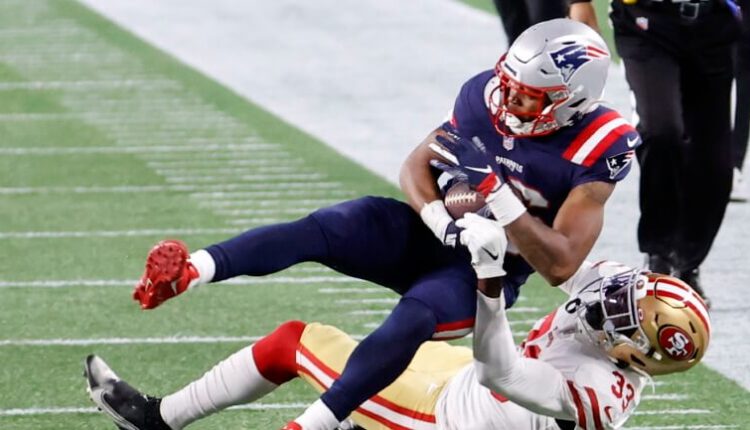 With a couple of weather impacted games and poor offensive play, it seemed as if we watched less explosive fantasy production. Therefore, it feels a bit light in the 2020 fantasy football Week 11 waiver wire. This week, we mention mostly deep-league players to add with a few deep-league players to monitor. Since Drew Brees left with an injury, Jameis Winston stepped in as the primary passing quarterback. Winston ranks as the top quarterback to add with a more severe rib injury and collapsed lung for Brees. Additionally, Jakobi Meyers and Josh Reynolds continue to display fantasy production over the past few weeks. Let’s dive into the 2020 fantasy football Week 11 waiver wire.

After Drew Brees suffered a ribs injury, Jameis Winston stepped in at quarterback. Taysom Hill took some snaps, but Winston passed the ball while they used Hill more as a rusher. Winston is worth an add in Superflex leagues. However, if the injury for Brees lingers, then Winston would rank as one of the top quarterback pickups.

Update – Drew Brees could reportedly miss some time since he’s dealing with multiple rib fractures and a collapsed lung. Prioritize Winston if you need a quarterback, especially in Superflex leagues, since the Saints face the Falcons, Broncos, Falcons, and Eagles over their next four games. Maybe Winston will help your team eat them W’s.

Although he didn’t need to air it out on Sunday, Tua Tagovailoa threw 169 passing yards and two touchdowns. The Dolphins defense played well, and so it limited the passing upside. Tagovailoa still ranks a streaming quarterback, and they face the Broncos, Jets, and Bengals over their next three games. We mention him once again, and he ranks as one of the top quarterbacks to pick up in the 2020 fantasy football Week 11 waiver wire.

Daniel Jones continued to provide fantasy production with his legs as he led the Giants with 64 rushing yards and one rushing touchdown. Wayne Gallman rushed for 53 yards to lead the running backs for a pair of touchdowns. The Giants have their bye week in Week 11, but after that, they face the Bengals, Seahawks, and Cardinals. Prioritize Jones if you plan to stash a streaming quarterback in the 2020 fantasy football Week 11 waiver wire.

Just as many as Lamar Jackson 😮 pic.twitter.com/KvT0wL40Hh

In back to back games, Alex Smith put up over 300 passing yards against the Giants and Lions. Smith completed 38 of 55 passes for 390 passing yards with no touchdowns. In their next two games, they face the Bengals and the Cowboys. With those matchups and him displaying the ability to throw up a couple of 300-yard games, add Smith as a deep league quarterback.

I mentioned Devontae Booker a couple of weeks ago in the Week 9 Waiver Wire article, and he continued to receive opportunities. We note that the Raiders played with a lead for the entire game, so Booker scored his two touchdowns in the fourth quarter. However, Booker looked explosive with 16 carries for 81 rushing yards and two touchdowns. Booker ranks as the top running back to add and stash in the 2020 fantasy football Week 11 waiver wire.

With Devonta Freeman placed on injured reserve, look for Wayne Gallman to lead the Giants backfield after their Week 11 bye week. Gallman still shared touches with veteran Alfred Morris, but he received the goal line carries with two short touchdowns in Week 10. Although he’s not flashy, Gallman provides flex worthy value. However, he’s more of a priority in non-PPR leagues since he only earned more than two targets once of the past four games.

It’s painful to consider Kalen Ballage in the 2020 fantasy football Week 11 waiver wire. However, he led the backfield once again with Justin Jackson placed on injured reserve. The Chargers placed him on their practice squad and then recalled him before Sunday. Ballage led the Chargers with 18 carries for 68 rushing yards and caught five of six targets for 34 receiving yards. If you need a running back for Week 11, then prioritize Ballage over Gallman since they face the Jets, Bills, and Patriots over the next three weeks.

It’s easy to forget that Kalen Ballage had a 115.2 Speed Score (96th percentile) and 11.8% College Target Share (84th percentile) heading into the 2018 NFL Draft. With that said, he displayed the speed and pass-catching ability that we jokingly laugh at when considering Ballage.

Undrafted rookie Salvon Ahmed finished Sunday’s game with 21 carries for 85 rushing yards and one rushing touchdown. No other Dolphins running back touched the ball more than four times. With Myles Gaskin on injured reserve until Week 12, Ahmed may hold the starting spot in Miami for one more week. Any running back that receives over 20 touches deserve mentioning in the 2020 fantasy football Week 11 waiver wire.

Mistakingly, I left off Jakobi Meyers last week since he played on Monday night. Meyers solidified himself as the top Patriots receiver multiple weeks in a row. Over the past four weeks, Meyers caught 27 of 37 targets for 346 receiving yards. On Sunday night, Meyers even threw a touchdown pass to Rex Burkhead. At this point, Meyers should rank as a WR3 in most leagues, and he ranks as the top wide receiver in the 2020 fantasy football Week 11 waiver wire.

Although the Rams rank in the bottom of the league with 36.8 team pass plays per game (No. 20), the involvement for Josh Reynolds is rising. Before their bye week, Reynolds earned 17 targets, eight receptions, 96 receiving yards, and one touchdown in two games. In Sunday’s game against the Seahawks, Reynolds totaled ten targets, eight receptions, and 94 receiving yards. He led all Rams receivers in targets, catches, and receiving yards. Reynolds ranks as one of the top wide receivers to pick up in the 2020 fantasy football Week 11 waiver wire.

Rookie Michael Pittman caught seven of eight targets on Thursday night for 101 receiving yards. In back to back games, he earned seven or more targets, so he deserves mentioning here. The Colts need another weapon in their offense like Pittman with a 111.2 Speed Score (93rd percentile). With his role increasing, pick up Pittman and stash him, especially in deep leagues.

One of the more boom or bust receivers in Marquez Valdes-Scantling finished with an explosive day once again. In a weather impacted game, Valdez-Scantling caught four of six targets for 149 receiving yards and one touchdown. Last Thursday, he hauled in two of four targets for 53 receiving yards and two touchdowns. It’s hard to sustain this high touchdown rate over the past two games, but he’s worth rostering in deep leagues. Valdes-Scantling holds that elite speed with a 117.6 Speed Score (97th percentile), and that plays in the NFL. Depending on your roster, you may want to prioritize Valdez-Scantling over Reynolds in the 2020 fantasy football Week 11 waiver wire. However, with Allen Lazard potentially returning from injured reserve, that will impact the opportunity and productivity for Valdes-Scantling.

With this weather impacted game in Green Bay, Keelan Cole accounted for both of the Jaguars’ touchdowns. Cole took a 91-yard punt return to the house, then followed that up with a 12-yard receiving touchdown. He hauled in five out of seven targets for 47 receiving yards and one touchdown. In their next four games, they face the Steelers, Browns, Vikings, and Titans, who allow a ton of points to the wide receiver position. All four of those teams rank 8th or better in terms of fantasy points allowed. Cole ranks as a deep-league wide receiver to add to the 2020 fantasy football Week 11 waiver wire.

Since the Broncos played from behind a ton, Drew Lock attempted 47 passes with ten targets headed towards K.J. Hamler. He caught four of 10 targets for 50 receiving yards and his second consecutive ten target game. The Broncos rank 10th with 39.5 team pass plays per game, and so we could see an increase in the role for Hamler. Thus, we mention Hamler once again in the 2020 fantasy football Week 11 waiver wire.

Although it’s difficult to trust a wide receiver on the Ravens, Willie Snead is making some noise. Over the past three games, Snead finished with 18 targets, 14 receptions, 207 receiving yards, and two touchdowns. Snead plays a ton out of the slot with a 72.1% rate (No. 13), and maybe that plays to Lamar Jackson’s comfort and strengths. In deep leagues, Snead is a receiver to monitor or add and stash, but not someone reliable.

In deep leagues, take a look at Cam Sims. On Sunday, he caught four of five targets for 54 receiving yards. Similar to Cole, Sims potentially provides a flex worthy option in deep PPR leagues. In deep leagues, take a shot with Cam Sims as a deep-league wide receiver in the 2020 fantasy football Week 11 waiver wire.

Outside of J.D. McKissic and Terry McLaurin, Alex Smith spread it around to Logan Thomas and other receivers. Since the Washington Football Team trailed 24 to 10 heading into the fourth quarter, Smith racked up that garbage time production. Thomas ranked second on the team in receiving yards and caught four of six targets for 66 receiving yards. In their next two games, they face friendly matchups in the Bengals and Cowboys. Thus, check to make sure Thomas isn’t hanging around on waivers.

Veteran Jordan Reed finished second on the 49ers in receiving yards as he caught five of six targets for 62 receiving yards. Ross Dwelley and Reed split snaps relatively evenly at tight end, but Reed seems most involved in the passing game. The 49ers have their bye week in Week 11, and we mention Reed as a deep league streamer moving forward.

If you enjoyed Corbin’s Week 11 Waiver Wire, make sure to check out the rest of our Week 11 Analysis for more help in optimizing your lineups.