Verizon 200 at the Brickyard: NASCAR Preview 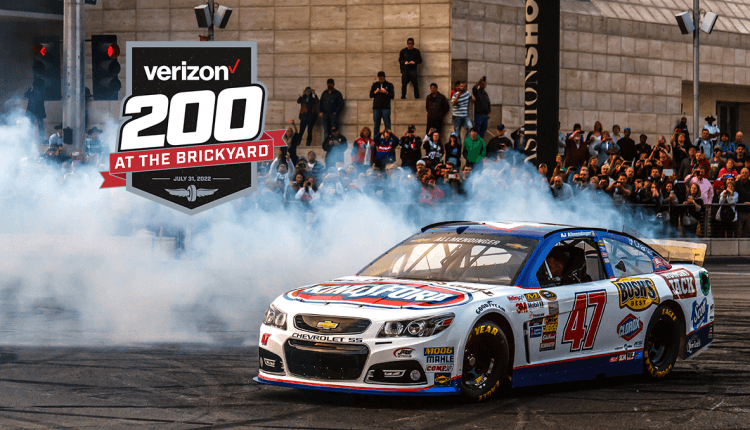 Back to the road courses we go for the Verizon 200 at the Brickyard at Indy.

We can call this The Week of the Penalties, starting with last week’s adjusted finish that gave Chase Elliott his fourth win on the season and put him squarely in pole position for a championship.

And now the drivers head to the Indianapolis Motor Speedway road course, where Elliott is a 4:1 favorite out of the gate.

With only five regular-season races remaining on the docket, it’s do-or-die time for several drivers without a win. Meanwhile, Ryan Blaney and Martin Truex Jr. continue to cling to their points-only playoff positions.

Here is a list of drivers I anticipate rostering in DFS and fantasy-long formats this weekend. I’ll be back Sunday morning with some recommendations based on qualifiers from Saturday and a free DFS contest for us to play. If you have any questions or thoughts, let me know at @thewonkypenguin.

This is my first year writing weekly articles for NASCAR fantasy on Fantrax, and it had been such a crapshoot for the first half of the season, which was super fun. But now, it seems Elliott has settled into his dominant racing style, having finished first or second in his previous five races. Road courses are his baby, and while he won’t be much of a value for DFS, he is a worthy lineup presence in season-long formats.

Larson ended up fifth last week in Pocono, and here we have another driver who loves himself some road courses, too. His overall rating on all roads is 107.1, and he continuously runs strong, strategic laps in these formats. I could see the Nos. 5 and 9 cars battling down to the wire at the Verizon 200.

Chastain finished fourth at Road America a few weeks ago, and while he occasionally runs semi-kamikaze races, I like his odds on Sunday. This is the type of track he can dominate, especially if he can capture the lead early.

As the only previous winner on this track, we need to at least consider the driver the announcers call a “road ringer.” Allmendinger seems to show up and run strong on road courses, making DFS players ask themselves what they thought when they left him off their rosters.

Byron has great numbers on road courses, boasting a 91.2 driver rating which lands him in the upper echelon of this particular field. He continues to have disappointing finishes lately, but he has teetered on the edge of the Top 10 in his last two, and he seems to have a more convincing strategy following the week off. I think he’ll have a good showing at the Verizon 200.

Martin Truex loves road courses and would easily be a contender except for his struggles this season. He does have two consecutive Top 10 finishes coming into Indianapolis. I think he’ll be floating near the front on Sunday, whether it is because of the playoff urgency he feels or just finally figuring some things out.

Fantasy Drivers: The Intriguing Ones

Briscoe and Cindric are the two most recent winners at this track in the Xfinity races, and on tracks without a lot of history, any experience can be beneficial. And Ty Gibbs will fill in for Kurt Busch, who is not yet cleared for racing after last weekend’s crash during qualifiers. Gibbs is an intriguing character, displaying great racing instincts in the Xfinity and racing in Indy in 2021.

Maybe the youth movement can continue for another race.

Can We Trust Russell Wilson This Year?