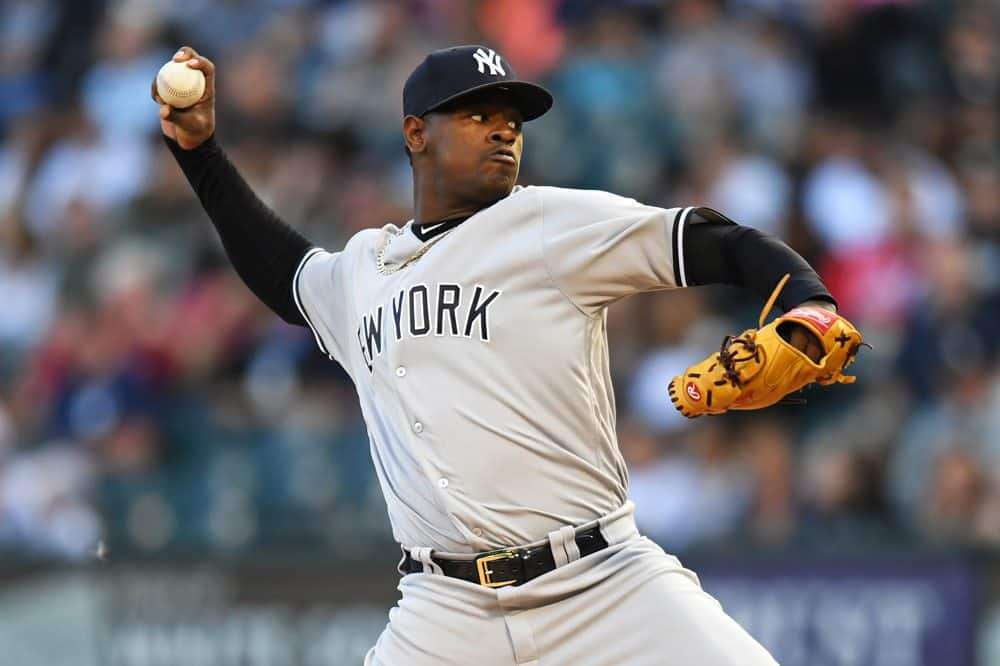 Much like the best barbeque sauce or a stern letter sent to a co-worker, there’s no better type of prediction than a bold one. And I’ve seen plenty of writers throw out bold predictions like “Francisco Lindor finishes 2018 as a top-15 player!” To those writers, I give a hearty scoff. That’s not a bold prediction; that’s a mild prediction. That’s the generic brand sauce that disappoints your friends and neighbors when you pull it out for your grilling session. It’s the Kyle Seager of predictions. It likely produces, but no one cares about it.

No, my friends, when I think of a bold prediction, I go all in. I expect to finish the season 0-10, and if I do, I still hold my head high, knowing that I managed to say things that offended someone or made eyes roll the world over. And that’s what I’m here to do today, folks. I’m going to give you my top 10 bold predictions for the 2018 season. And if you think I’m crazy after reading this article, then I’ve done my job. So without further ado, let’s dive into these things.

Mike Trout Not Only Becomes the Fifth Player in the 40-40 Club, But He Goes a Step Further and Goes 55-55

Mike Trout is a man amongst boys in baseball. The neckless New Jersey native and Angel does things that no mere mortal could even dream of. And this season, it all comes together for our present-day Superman, and he hits 55 home runs, steals 55 bases, scores 130 runs, drives in 130 runs, and bats .330/.500. He, of course, does all of this with nary a scandal to his perfect name. Bless you, Mike Trout.

I’m pretty in on Severino for his price this season. He’s generally going as one of the top names after the big four, but of the next group, I think he might have the best shot at becoming part of that elite group.

It’s no secret to listeners of my podcasts that I am not keen on Robbie Ray. There is so much risk in that profile considering he walks everyone, and you can’t continue to give up tons of hard contact and succeed. I’m out on him at his price this season, and I think it only gets worse from here.

Gerrit Cole Becomes the Ace We All Know He Can Be and Posts a Sub-2.50 ERA

I’ve given the comparisons to Max Scherzer’s early-career stats plenty of times, but once more never hurts. Through their age-26 seasons, here are the numbers of the two guys who were always known to have elite stuff but struggled to turn it into Major League success.

This year Cole does it all and becomes who I want him to be. Speaking of Scherzer …

Though he is most certainly two demons fused into one perfect baseball machine (look at those eyes! He’s not human!), that doesn’t mean we can discount any of the amazing things this man can do with a baseball. He’s getting up there in age, but he’ll still put up his usual numbers. And when he’s on, he’s on so we will see these elite performances this year once again.

Big Sexy continues to redefine himself year-in and year-out, and though we are at the end of the line as to what a human can do, we are only just approaching what a cyborg is capable of. Much like his controversial treatments to his elbow a few years ago, he once again forces MLB’s hands to make changes to rules governing what is allowable and what isn’t.

Cespedes has been a bit of a target of mine this year. I think the stock has fallen enough that I’m definitely buying a rebound, and if he’s healthy, he can put up some good numbers in New York. Of course, if he’s REALLY healthy, we’ll see him swat 50 out of the park.

Ronald Acuna is a Major Bust and Bats Below .200 in a Brief Call-up Before Being Sent Down for More Seasoning

Now I know I’m just going to make a bunch of people mad about this one, but the truth is I’m just not buying Acuna at his ADP. I don’t actually think he will be this bad, but I do think people drafting him in the 80s are going to really regret the pick. I hope I’m wrong here, but remember what Lewis Brinson did? I know, different profile, but still a top prospect with the ability to hit.

I’ve always had a soft-spot in my heart for the on-base machine that is Adam Eaton, and the horrible knee injury that took him out of service last season was a tough pill to swallow. With all signs pointing to “go” this season, I think he shows little rust and puts together a great season and rewards his fantasy owners. He has never shown this much pop or speed before, but something will power him to fantasy stud-dom.

The guy has power, and the guy has … more power. I don’t buy the .250 average from last season, and I expect major regression. But when Zunino does hit the ball, he hits it a long way. I’m not all that interested in the Mariners as a team this year, so I think no matter what he does they give him the playing time. So for this to come true, I see a .180/.260/.450 slash line somehow materializing. Good luck to all those Zunino owners out there.