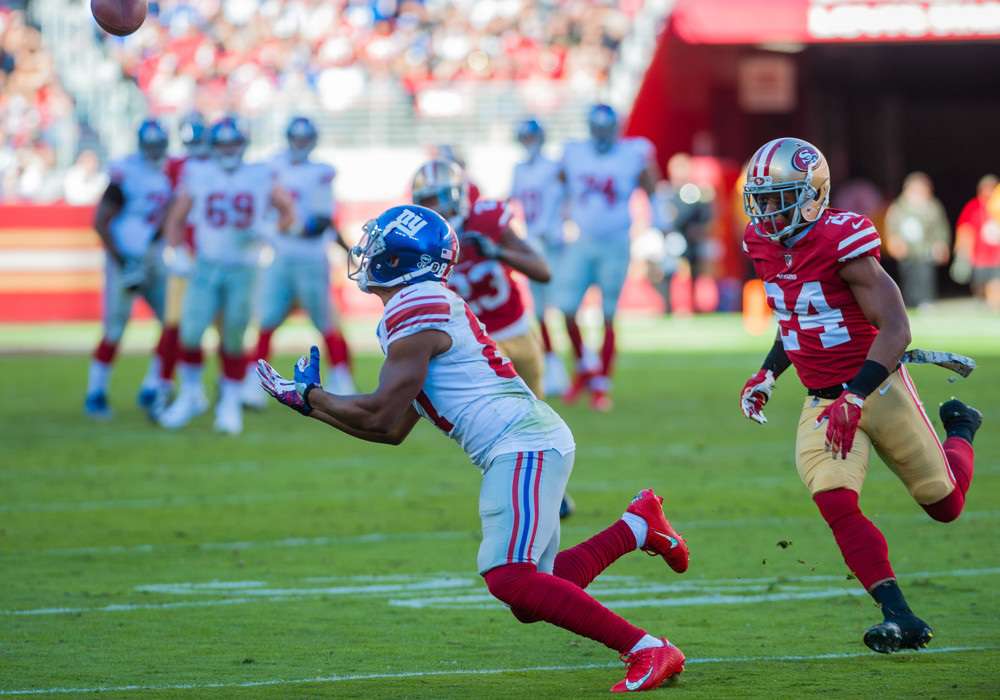 Wide receiver breakouts can be the most exciting thing in Fantasy Football. Some at the position are able to make an impact early. In 2014 Odell Beckham Jr. shocked the world and immediately became one of the most dominant receivers in the NFL. Two years later, Michael Thomas had an incredible rookie season and finished as the WR7 in PPR and the WR9 in standard.

These results are rare and the two players above are special. It is more common for rookie wide receivers to struggle or simply not enough of a target share to be relevant in Fantasy Football. Thomas is entering his third year in the NFL and is already established as one of the game’s elite. DeAndre Hopkins did not jump out of the gates with guns blazing in his rookie season but he was also sharing targets with future Hall of Famer Andre Johnson. It took a combination of development and increased opportunity for Hopkins to finish as the WR6 in 2015- Nuke’s third season in the NFL.

Ah, yes. Third-year wide receiver breakouts are a thing. Mike Evans was the WR2 in standard in his third season in 2016. Being able to project his high volume that season based on the Buccaneers roster and Evans progression as a player paid off for many Fantasy gamers.

The time is now! Head on over to Fantrax to start or join a Fantasy Football league. At Fantrax you can draft a team 364 days a year… Sorry, we had to give the IT guy one day off.

Shepard proved that he can be a dominant wide receiver in the NFL in 2017. On a bad team in a terrible season filled with injuries at wide receiver for the Giants, Shepard shined. With Beckham and Brandon Marshall both sustaining season-ending injuries, Shepard was force-fed targets when he was healthy. The traditional slot receiver was forced to play outside more often in the 11 games he was active in 2017.

Shepard had three games with over 130 yards. He was also targeted 10-plus times in three games including in Week 15 against the Eagles when he was the WR2 overall with 11 receptions on 16 targets for 131 yards and a touchdown.

Of course, the Giants weapons will be much improved this season. Beckham is healthy and Saquon Barkley will demand a high volume of touches. However, Shepard will still be the WR2 on an offense that has an opportunity to be prolific in 2018. Shepard will have the luxury of playing opposite one of the most feared offensive players in the league in OBJ which will lead to single coverage. The third-year receiver has earned Eli Manning’s trust and will accumulate over 100 targets in a 160game season.

Shepard is a guy who has not gotten a lot of buzz in the offseason.  He is being drafted on average in the 10th round as the WR45 and that is just too low. I have Shepard as a lock to be a WR3 with WR2 upside in PPR.  Buy Shepard as one of the third year wide receiver breakouts to make a name for himself in 2018.

Opportunity is everything when you are a wide receiver for the Green Bay Packers. Davante Adams’ third year was monstrous.  He was the WR7 in standard scoring with 75 catches for 997 yards and 12 touchdowns. It is that last number that is so important because Rodgers loves to provide double-digit touchdowns to his wide receivers. That same year Jordy Nelson was the WR1 overall with 14 and 2014 Randall Cobb was the WR6 with 12 touchdowns.

Geronimo Allison will be competing with rookies J’mon Moore and Equanimeous St. Brown for the role of the third wide receiver in 2018. As we saw in 2017 to open the year, Mike McCarthy and Rodgers both trusted Ty Montgomery over two rookie running backs. It was injury that gave Jamaal Williams and Aaron Jones a chance to shine. This would imply that Alison has a great shot to land the role.

One oversight that comes with this premium role in the Packers offense is that Alison will be lined up outside a lot in 2018. Cobb is traditionally a slot receiver and really only played outside out of necessity a couple years back. At 6’3”, 196 pounds, Allison will provide Rodgers with a guy who can win 50/50 balls. He is the perfect receiver for Rodgers’ signature back-shoulder. The undrafted wide receiver out of Illinois has great burst but does not have blazing speed.

It is the opportunity for touchdowns that gives Allison Fantasy appeal. He is a sleeper that can be drafted in the final round of drafts and be slotted in as a flex immediately.

Doctson was the Redskins WR1 last season. No, he did not finish ahead of Jamison Crowder in terms of Fantasy points but the former first-round NFL Draft pick was on the field for over 72 percent of Washington’s snaps in 2017. In one wide receiver sets, it was Doctson who was the Jay Gruden’s preferred option.

After missing the majority of his rookie season to injury, Doctson’s first full year as a pro was in 2017. He was targeted 78 times for 35 catches, 502 yards, and six touchdowns. While the catch percentage was poor, this is one of those situations for me where the tape does not lie. Doctson’s highlight reel from 2017 is absolutely sick. His ability to make plays over the top of the defense and in jump ball situations gives him the potential to be a great player in the NFL.

With Alex Smith coming to town, Doctson should be able to be more involved underneath on curl, slant, and hitch routes. Smith has a reputation for making the safe play but as we saw last year in Kansas City he can provide receivers with a nice deep-ball in stride.

Third-year wide receivers can be tricky to project but this is one I feel good about. He will line up with Crowder and Paul Richardson but will act as the “X” wide receiver. This is the presumptive no.1 receiver role while Crowder will usually be put in the slot and Richardson as the flanker.

There is a lot to like about Doctson and the rest of the Redskins offense in 2018. Doctson can be drafted in the 13th round and has WR2 upside and is the quintessential third-year breakout candidate.