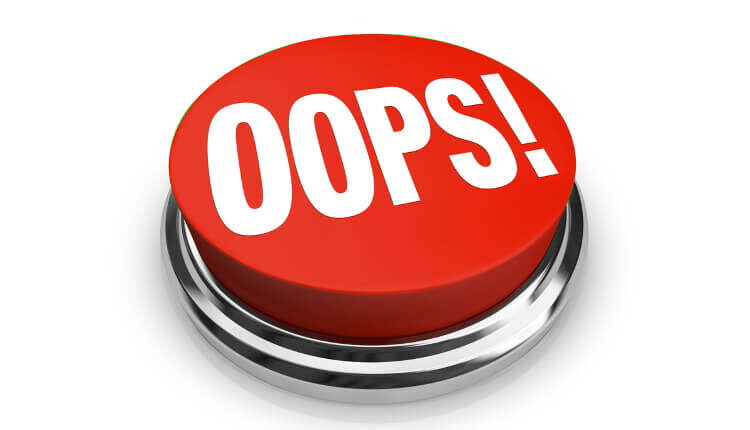 With one week to go until the regular season finally begins and one more draft weekend in front of us, it’s almost time to turn our attention to managing our fantasy baseball squads instead of building them. I will grant you, draft season is the best SZN, but eventually the games have to start. With all the preparation you put into drafting your team it’s easy to let off the gas and let the games just happen. But be sure to watch out for some of the biggest mistakes fantasy baseball managers make. Here are the ones I see most and some tips for managing through them.

By the time you have drafted your team, hopefully this is a moot point. But with the season still 100% in front of us, there are still PLENTY of things we can misunderstand or misinterpret. Some of the biggest things to pay attention to are:

These topics just scratch the surface of things to pay attention to during the grind of a full season. Once you know the rules, it becomes an exercise in how do you use them to your advantage? If you have a weekly FAAB run and a weekly innings floor you must reach, how does that impact two-start pitchers who are on the wire, for example?

I can assure you, there are managers in your league who don’t understand the full list of rules in your league, whether it’s on Fantrax or offsite. You can absolutely use that to your advantage as the season progresses and this next mistake in the list begins to creep up.

Not Staying Active Through the Grind

In one of my long-time home leagues, if I do nothing more than start an active roster after the All-Star break, I guarantee myself a finish in the top half. I just know that a number of people in that league will become disinterested in the marathon of a daily transaction league after a few months. For some it’s fantasy football starting. For others their commitments just get in the way.

Fantasy baseball is about as far away from fantasy football as you can get. It’s longer, forces daily interactions, has larger rosters, and features two types of players that must be evaluated separately. Sort of like playing in a 9-man IDP league with multiple flex spots. But we know that going in and we embrace the slog.

Staying active doesn’t just mean setting a roster every day or every week. It means being active in trade negotiations or at least responding to trade offers. It means browsing the waiver wire for what can help your team or what can keep other rosters from improving. Nothing is more frustrating than seeing a trade that clearly helps both teams but the offer goes into the abyss never to be heard from again.

Baseball only gives us one six-day break over the course of six long months. But if you can think of the season in quarters, you can focus on what you need to do for that six-week period and keep an eye on the prize of mid-September and the playoffs.

Waiting Too Long to Roster Players

Let me give you an example of what this rule means using Saves. Here are the number of players each season since 2015 (with 2020 removed) who have piled up at least 10 saves in a season.

I use 10 saves because that generally represents a number where we can be comfortable stating that a pitcher was the closer or co-closer for a defined period of time. There are not 37-43 pitchers drafted each year to serve as closers in your typical 12-team, 25-player league. What that tells us is that there are ALWAYS relief pitchers available who can get you saves on waivers throughout the season.

In 2021 it was pitchers like Emmanuel Clase (24 saves), Alex Colome (17), and Michael Fulmer (14) who demanded hefty FAAB tags throughout the year for saves-desperate squads. All of these guys could also be acquired for $1 at some point in the early portion of the season.

Waiting too long to roster a player, particularly pitchers, means you are likely not looking closely enough at player game logs, managers’ interviews, or injury news. When a closer (who is not a Josh Hader or Liam Hendricks, for example), begins to lose some command or look shaky, it’s time to act. Or when a pitcher gets the dreaded manager’s vote of confidence in a press junket, that’s a good sign it might be time to drop the buck or two to get the next in line.

If you wait until a new closer has been coronated or a new starter officially announced, you’re already behind in the game. Have some knowledge and convictions in your guesses about who is in the second chair. If you’re right, you set yourself up with a huge advantage. If you’re wrong, you cut bait and move on to the next situation.

Being Too Conservative With FAAB Early

But let’s not kid ourselves. Every year is going to bring the out-of-nowhere breakout pitcher or hitter. Last season it was players like Tyler Naquin, Akil Baddoo, Yermin Mercedes, Clase, and Diego Castillo who had us opening our FAAB wallets wide early in the year. If you’re unable to roster some of these players before the breakout or the role change, you are going to be fighting the masses in a bidding war for the right to use their services.

I am a proponent for saving some FAAB for the late-season push, but an early-season injury demotion, injury, or role change can cripple a team if they are not replaced soon. Missing out on even a week of potential saves or power bats can have lasting effects on rotisserie standings. While there may be no surefire way to replace the stats your team lost, replacing them with SOME percentage of those stats SOON is the best way to apply the tourniquet to the depleted team.

That’s why my strategy is not to be afraid to spend FAAB, but certainly with the proper context. You have to know your league’s player universe and compare it to the strengths and weaknesses of your own team. Where am I light on stats? Where can I upgrade? You can’t roll it into next season, usually.

The problem with this method, of course, is we are often dealing with very small sample sizes. If you have been playing fantasy baseball long enough you surely remember Chris Shelton in 2006. From April 3 thru April 25 that season, Shelton hit 10 homers and was the hottest waiver wire pickup we’ve ever seen. He then proceeded to hit six home runs the rest of the year and was out of the majors the entire next season. But even as managers were racing to the wire to pick up Shelton, there were clues that it was a mirage. First, in 2005 his flyball percentage was under 39%. That low number was accompanied by a 15.4% HR/FB ratio when the league average was 10.8%. A career-low 20.2% strikeout rate in 2005 should have also given us pause. But when the hot streak started, all we could see were homers in our eyes.

FAAB forces us to make these tough judgment calls. For every Chris Shelton, there is a 13 HR/18 SB players like Akil Baddoo who gives us value all season long. Use it up, fantasy managers.