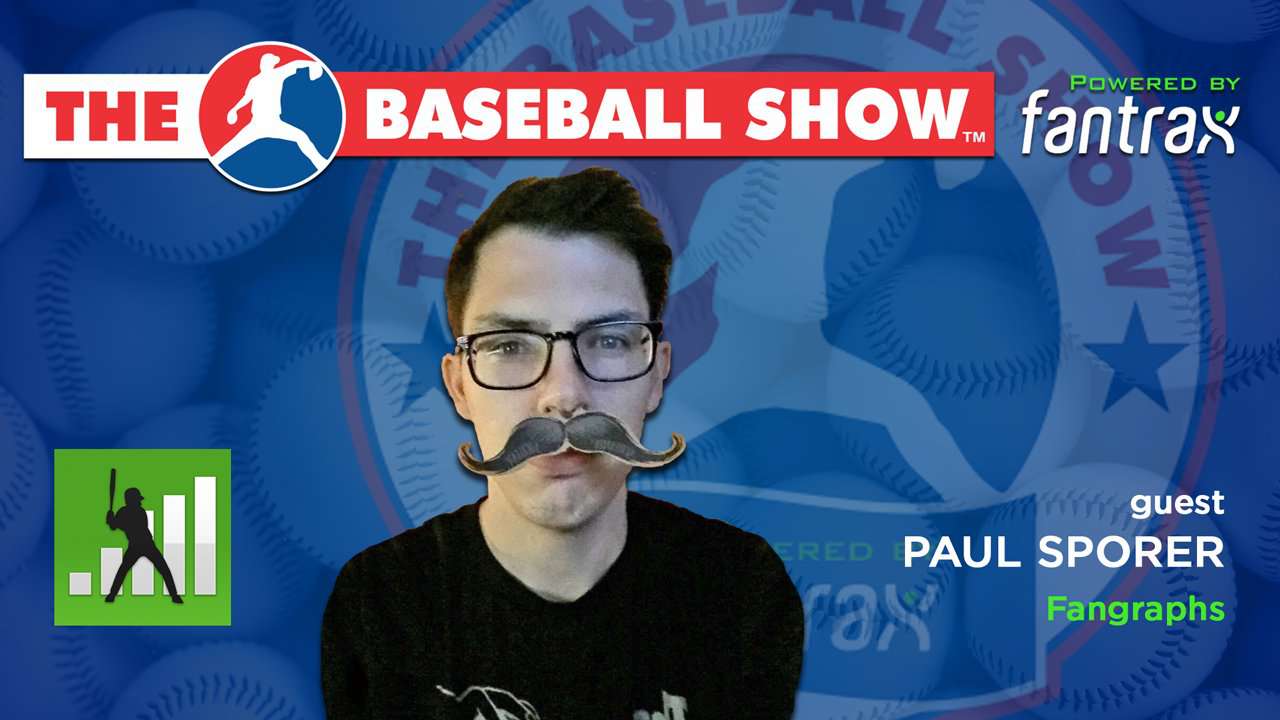 One of our favorite guests, Mr. Paul Sporer (@sporer) of Fangraphs, returned to wish a Happy Birthday to Andy and talk some baseball. We got into a bunch, but the main players of emphasis are sorted here:

Also please note, we have switched the format in which we record. It is still in front of a live studio audience, but the final production will now post on Fridays. If you would like to join us for a recording, let us know in the comments (or thru twitter), and will gladly send you an invite!

The greatest weekly LIVE Baseball show you’ve probably never heard of! The Baseball Show ⚾️ Fantrax, home of the Crab Army, Prospect Jesus, and all the #FantasyBaseball you can handle!