Rest of Season Fantasy Baseball Rankings and 2022 First Round Preview 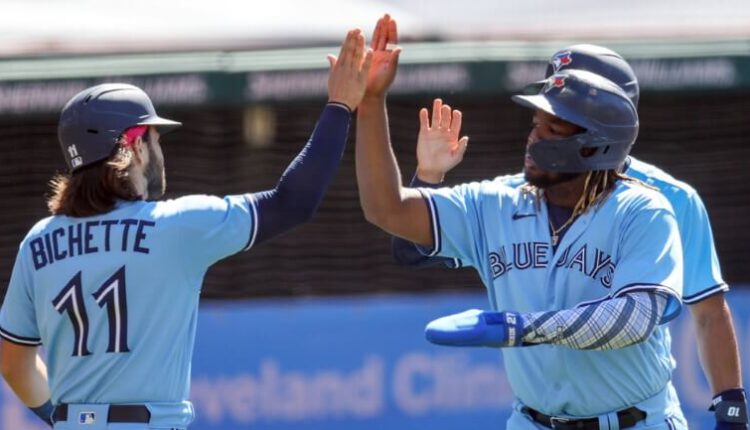 Welcome to the final installment of my 2021 rest of season fantasy baseball rankings! First of all, I would like to thank anyone who has read this column throughout the season. I appreciate all of the feedback I have received, and I hope this column helped you on some level. It certainly helped me. So thanks again for all of the support and even for the constructive criticism. OK, onto the good stuff. We cannot officially put the 2021 fantasy baseball season in the rearview mirror just yet. However, it is never too early to look ahead. So below is my projected first round for 2022 fantasy baseball. This would be for a 12-team, 5×5 Roto league. It is a fun exercise to help determine how we view certain players considering their 2021 performance. I hope you enjoy it. And as always, keep those comments coming!

Notes on This Week’s Rankings

If you have read this column throughout the year, you know these rankings can be quite fluid. They can change dramatically at any given time. That is the case again this week, and I wanted to address a few players. I dropped several prominent players 100 or so spots overall on my rest of season rankings. This includes players like Xander Bogaerts, Lucas Giolito, Lance Lynn, Tim Anderson, and Zack Greinke. No, I do not have anything against the Chicago White Sox. But all five players hit the Injured List this week. And with only four weeks to go in the regular season, well, you can do the math. Most pitchers will only pitch four or five times from here on out. So even if you miss a start or two, it will dramatically affect your ROS ranking.

The White Sox in particular have no incentive whatsoever to rush their players back. They are running away with the AL Central crown, and they also have very little chance to catch the Tampa Bay Rays for the number-one seed. They can proceed with caution regarding their injured stars. The situations with Bogaerts and Greinke are a little more tricky, as they are Covid related. We may see them on the field next week, or they may not see action until the last week or two of the regular season. Use your judgment in each situation. If they are back in short order, then my current rank of them is way too low.

Close, But No Cigar

Several closers have had breakout seasons in 2021, only for their effectiveness to wane when it mattered most. Alex Reyes, Matt Barnes, Lou Trivino, and Daniel Bard are just a few of the players who were late-round fantasy gems for their fantasy managers. All four have at least 20 saves this year, but all have hit the proverbial wall in recent weeks. Each one has an ERA north of 6.00 since the All-Star break, and they have all been removed from the closer’s role as a result. This should not take away from how valuable they have been all season long. But it is another reminder of how fickle closers can be from week to week, much less year to year. It gives me a greater appreciation for the players that can hold down the closer’s role for a sustained period.

1st pick: Fernando Tatis Jr., SS – Tatis has put up a ridiculous fantasy season, and is just scratching the surface of what he can do. He ranks second overall in current Roto value despite missing 20 percent of his team’s game. He will likely have offseason surgery on his problematic shoulder. If he returns to full health, a 40-40 season is a realistic possibility.

2nd pick: Vladimir Guerrero Jr., 1B – Like Tatis, Guerrero is a 22-year-old second-generation superstar in the making. Guerrero does not steal bases, which is less than ideal. But he more than makes up for it with his production in other areas. I still believe he has an outside shot to win the AL Triple Crown this season.

3rd pick: Juan Soto, OF – Our expectations for Juan Soto are so high that when he merely finishes as a top-20 player (he is currently 17th overall per Baseball Monster), we consider it a disappointment. Soto is also still just 22 years of age. This is a player who will threaten for the overall top spot for years to come. His lineup is less desirable than the players I have ahead of him, so that is why I have him at three.

4th pick: Trea Turner, SS – Trea Turner currently sits fifth in Roto value among hitters after claiming the top spot a season ago. Turner was the only player last year to post double-digit totals in home runs and stolen bases while maintaining a .300 batting average. This year, he and Cedric Mullens are the only players to hit .300 while eclipsing 20 homers and 20 steals. Turner will lead a potent Dodgers lineup next season, and figures to be among the league leaders in several offensive categories including batting average, runs, and stolen bases.

5th pick: Ronald Acuna Jr., OF – Ronald Acuna tore his ACL right before this year’s All-Star break. The injury ended what was to be another spectacular season for the 23-year-old. Acuna should be close to 100 percent by the time next season begins. I am very interested to see how fantasy managers value Acuna over the next few months. We know the ceiling is sky-high, but we also try to avoid question marks in the first round. I would not be surprised to see Acuna drafted second overall if he can avoid any setbacks in his recovery.

6th pick: Shohei Ohtani, UT/P – Baseball’s most valuable player (7.9 WAR per Baseball-Reference) will probably not be fantasy’s top player until we have the option to universally use him as both a hitter and pitcher simultaneously. Even as things stand now, he is a surefire first-round pick next season. The only question is how high he goes. Ohtani’s offensive production has tailed off a bit lately. It might be a tough sell to pick a player who might hit .250 in the top-five, so I have him at six for now.

7th pick: Jacob deGrom, P – Jacob deGrom was posting otherworldly numbers before elbow issues derailed his 2021 season. He has a 41.7 percent K-BB% this season. Gerrit Cole is next highest among starting pitchers with a 30.1 percent rate. It is hard to believe we have seen Acuna on a Major League field more recently than deGrom. deGrom is hoping to get back onto the hill before the season concludes. That could go a long way towards easing the minds of many fantasy managers heading into 2022.

8th pick: Mookie Betts, OF – Mookie Betts just has not been able to put together a typical Mookie Betts season in 2021. Nagging injuries to his forearm, shoulder, and hip appear to be the primary culprit. Betts is still among the best hitters in all of baseball and hits in the middle of a loaded lineup. He may come at a bit of a discount if some fantasy managers think that this year was the beginning of a career decline for the Dodgers star. He will turn 29 next month and should still have several years of elite production ahead of him.

9th pick: Bo Bichette, SS – I had to include Bo Bichette here because I did not have enough legacy players who will be 23 years old at the start of next season. Seriously, though, there is not much on a baseball diamond that Bichette cannot do. In just over 200 career games at the Major League level, he has scored 151 runs and driven in 125. He also has 37 home runs and 29 stolen bases to go along with a .295 batting average. Bichette may not lead the league in any one category, but his all-around production will be a haven for fantasy managers heading into next season.

10th pick: Gerrit Cole, P – Gerrit Cole has put up another outstanding season in 2021. He leads the Majors in strikeouts and the American League in wins and WHIP. Cole is a workhorse who likely would have thrown another 200-plus innings this season had he not missed time with Covid. That reliability will once again make Cole a coveted draft pick come next season.

11th pick: Mike Trout, OF – Mike Trout is going to be an interesting case study next season. Trout injured his calf in the middle of May and was placed on the Injured List. At the time, he was expected to miss six to eight weeks. That would have put his return right around the All-Star break. But Trout has yet to make an appearance for the Angels since, and his return does not seem imminent. The Angels may just be exercising caution with their superstar. However, Trout had already stopped running before the injury. I would be shocked if he steals 10 bases next year. With everything else he brings to the table, he will still have a ton of fantasy value. I just do not see him as a lock to be a top-five pick anymore.

12th pick: Walker Buehler, SP – I debated back and forth between Walker Buehler and Jose Ramirez for this spot. In the end, I think that starting pitchers will get bumped up the closer we get to the season. Buehler leads all of baseball in ERA and is second behind only teammate Max Scherzer in WHIP. Buehler is also among the league leaders in wins and strikeouts. He has effectively used his slider against right-handed hitters and cutter against lefties. Buehler has been much better this season at keeping the ball on the ground and in the yard than he was last year. He is among the steadiest pitchers in the game and should be a top-five fantasy pick at the position next season.