No fracture is ideal, but this particular spot is troublesome (see image below). 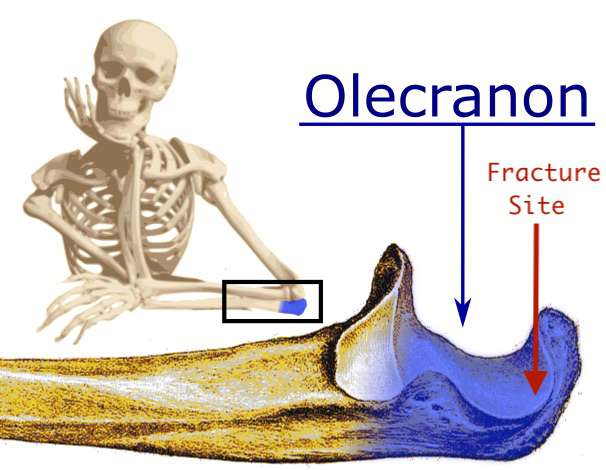 Return to the field takes a little longer due to the challenge of regaining full flexibility of the elbow. Early reports suggest 6-8 weeks, but I’d err closer to eight weeks than six in most cases. Estimated Return: Early to Mid-June

As I mentioned two weeks ago, a trip to the DL wasn’t out of the question for Donaldson if his velocity didn’t return. He was hitting well, but a team is wise to rest its best player when it’s clear he isn’t healthy. Throwing under normal conditions is a symphony of well-timed muscle contractions. The injury stems from nerve irritation that disrupts the coordination and timing of the shoulder. This irritation renders the arm nearly useless when the athlete winds up in preparation to throw. Many describe losing control or strength of the arm, hence the term “dead arm.”

“Dead arm” can take up to two months to resolve, but I don’t believe Donaldson or the Blue Jays will have that kind of patience. Rest and a progressive throwing program to improve the coordination between the nerves and muscles will bring him back, albeit not quickly. I expect him to return in 3-5 weeks, but the worst-case scenario could include season-ending surgery if the injury doesn’t resolve over time. Estimated Return: Early to Mid-May (barring any setbacks)

Shohei Ohtani – Blister– ETA (SP): The Angels are hopeful Ohtani will not miss a start, but don’t be surprised when he is skipped in the rotation next week.
Kevin Kiermaier – Thumb – ETA: Post All-Star Break – Al Melchior gives advice on what to do with Kiermaier and Andrus.
Josh Harrison – Hand – ETA: Early June

To replace your wounded warriors, be sure to check out Eric Cross’ weekly advice on Waiver Wire Targets.

Updated ETAs for Past Injuries

Fantasy EPL: Round 34 Review / Round 35 Preview