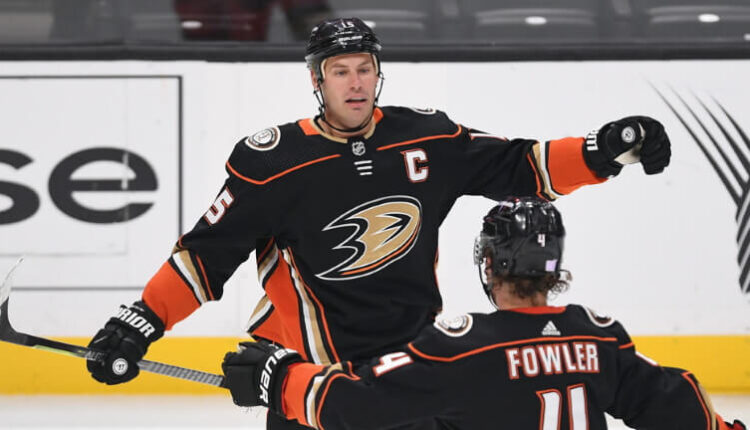 Our weekly look at players who are hot and those who are not. We are highlighting 3 players who you should consider trading now while their value is high and 3 you should look at acquiring, as they are undervalued.

The Ducks are scoring what seems like, at will. Among those leading the charge is Getzlaf, who has discovered the fountain of youth playing alongside the kids in the Ducks lineup. The veteran center has been trending down since the 2018 season, so his current PPG pace is unexpected. He is benefiting from a high shooting percentage from his linemates; his 18 points include 17 assists. It would be unusual for a 36-year-old player to bounce back to the extent Getzlaf is right now. He may be able to ride the wave a little bit longer but this is the peak time to try and cash in on his value.

Kreider is typically a nice fantasy player to have as he plays multiple positions and offers value in supporting categories such as hits and PIMS. Generally though, he can be expected for 50+ points in a season. His PPG pace is being fuelled by  24% shooting, which is close to double of his norm. He has Cy Young caliber numbers with 12G and 3A. It’s a safe bet to assume his numbers will regress, making him an ideal candidate to sell high on right now.

Kadri is another player who is often a good supporting fantasy player. He has very good face-off numbers, he’s physical, gets his fair share of PIMS, and offers good secondary scoring. As a career 0.65 PPG player, his current pace of 1.31 is an outlier to his normal point production and it would be unexpected for a 31-year-old player to be able to double his normal output. A fantasy manager that is “going for it” would likely overpay for someone like Kadri. This could be the best time to take advantage of how hot Kadri is.

Pettersson, like the Canucks in general, is slumping. With 9 points in 16 games, he is significantly below his expected PPG production. Pettersson is a tricky fantasy player as his value is strictly tied to his point totals. His supporting categories other than PPP are non-factors, so when he slumps there isn’t much value elsewhere to pick him up. I expect there will be changes in management and/or coaching in Vancouver soon but either way, Pettersson is too talented a player to continue at his current pace. His value is unlikely to get any lower than it is now making him an excellent player to target in a trade.

Guentzel is still putting up pretty decent point totals, especially when you consider that Sidney Crosby and Evgeny Malkin have both missed the start of the season. His 5G in 14 games will undoubtedly get a boost with Sid the Kid back in the lineup. I have him on the “Who’s Not Hot” list because I expect Guentzel to get a bump with Crosby back. Fantasy managers may be able to get him for good value now as opposed to when his goal and PPP production will likely start to increase.

With 0G, 3A, and zero PPP in 10 games, it’s safe to say Klingberg is off to a slow start. Klingberg has a career 0.67 PPG average and is looked upon as a driver of the Stars offense from the backend. With his ice time still over 22 minutes/game, as well as his PP minutes at 2 minutes/game, Klingberg will start scoring. His value should be extremely low right now offer fantasy managers the opportunity to poach at a low cost.