August 21, 2019 by The Fantasy Football Chaps Leave a Comment   |  TheFFChaps 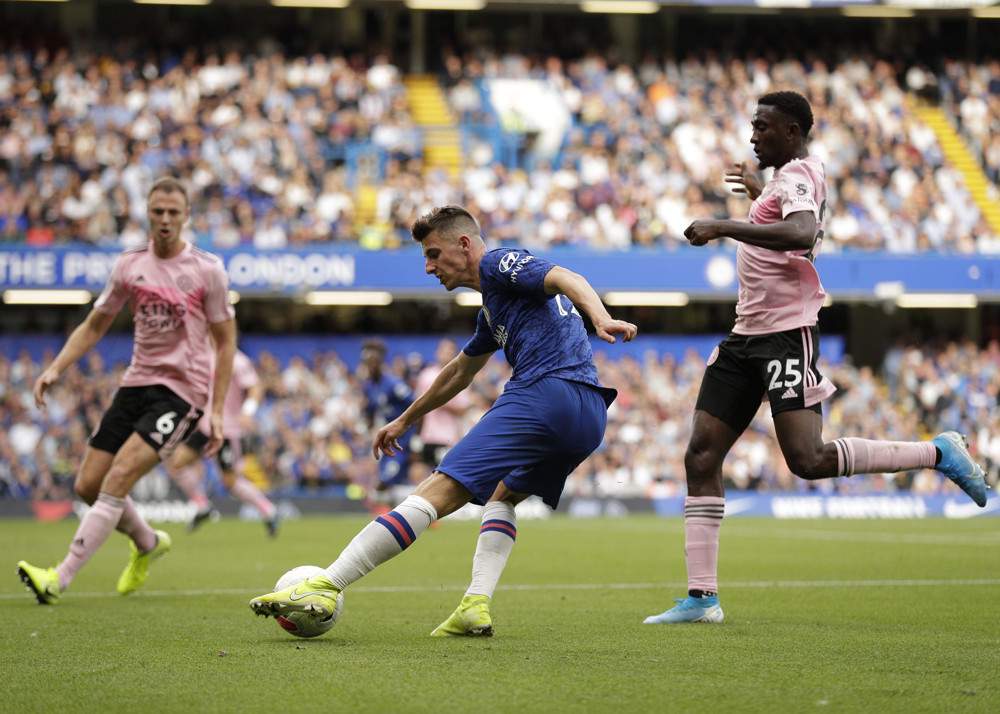 These are Fantasy EPL Draft players that have risen in our rankings!  These are potential free agents on good form or established players that you should be looking to trade in.  Keep an eye on these players, and bring them into your Fantrax squad if you can!

What’s Changed?:  Sheffield United put in a great defensive performance against Crystal Palace in GW2.  We know The Eagles don’t have the most potent forward line, but still, it was a solid display from the Sheffield United backline.  At the centre of this was Jack O’Connell.  The colossal defender made 11 clearances, and won 6 aerials in GW2, as he gained 16.25 points.  O’Connell looks set for a good season over on Fantrax, as his defensive statistics will be pretty decent no matter who The Blades are playing.  We would recommend snapping up the Englishman.  His short term fixtures look good for further heroic defensive displays!

What’s Changed?:  It’s been a great start to the season for Mount.  The Englishman gained 14 points during the GW1 defeat to Manchester United and followed this up with 21 points against Leicester in GW2.  It looks as though Mount does indeed have what it takes to perform well at Premier League level.  New Chelsea manager Frank Lampard knows the young midfielder very well, having managed him at Derby County last season.  Mount scored 11 goals for The Rams, as Lampard led them to the Championship playoff finals.  The Chelsea best XI is still a little up in the air, but based on the form of Mount, he looks likely to establish himself this season.  Look to pick up the on-form midfielder from the free-agent pool, or indeed in a trade with a fellow Fantrax manager!

What’s Changed?:  Both of us Chaps are Norwich City fans, and we know how good Pukki is.  But its safe to say we didn’t think he would score four goals in his first two Premier League games! The Finland international striker bagged a hat-trick during Norwich’s first home fixture of the season against Newcastle.  This makes Pukki the first Norwich player to score a Premier League hat-trick since Efan Ekoku back in 1993! Amazing scenes at Carrow Road.  Pukki gained 43.5 points in GW2 and he now sits proudly at the top of the overall points scoring charts on Fantrax.  Pukki is very much the marque player of these player rankings.

Norwich do have some tough games coming up with Chelsea and Manchester City the next teams to visit Carrow Road. But Pukki has shown that he has the quality to score at this level, so we wouldn’t bet against him scoring more during the next few games.

What’s Changed?:  Vertonghen didn’t feature in the matchday squad for GW1, but was restored to the bench for GW2.  Pochettino wasn’t happy with his defence last season and it looks as though the Belgian defender could be the scapegoat.  Alderweireld and Sanchez look to be the preferred central defensive partnership at the moment.  Obviously, things could change, but considering Vertonghen performed fairly poorly on Togga scoring last season, he’s probably not worth the hassle of keeping hold of.  We’re pretty disappointed by these developments, as Vertonghen has been a great servant to Tottenham, and we were hoping he would get back to his best this season after missing out through injury more often than not last season.

Recommendation: Although a very talented player, it looks as though Vertonghen is in for a rocky season.  We would recommend dropping Vertonghen and replacing him with a streaming option in defence.

Any owners of Shkodran Mustafi (34% ownership) are in the same boat here.  He’s not featured in either of Arsenal’s opening two games, so drop him if you’re still sitting on him.

What’s Changed?:  Much was made of Barkley’s prospects during pre-season, as we hoped the England midfielder would finally reach his potential under the tutelage of Lampard.  Barkley scored pretty well on Togga scoring last season when he was given a chance to perform.  However, after starting in the 4-0 opening day defeat to Manchester United, it looks as though Barkley’s prospects have dropped.  In GW2 the midfielder didn’t even make an appearance from the bench, with Mason Mount performing very well as part of the Chelsea midfield three.  As we’ve outlined above in our Hot Player Rankings, Mount is a player very much on the up.

Recommendation:  Stick by Barkley for now and see how things pan out under Lampard.  There is lots of competition for places in the Chelsea midfield, and Lampard is still working out his best XI.

What’s Changed?:  So, it’s been a rocky start for Perez at Leicester.  The Spaniard has gained just 7.5 points from his two games so far and has been fairly anonymous.  The Foxes have started the season with two tough games though and Perez is obviously still settling in at his new club.  We ranked Perez fairly highly in our Draft Rankings for Forwards and we’re confident he’ll come good by the end of the season.  Leicester have two good fixtures up next, so the former Newcastle forward has a chance to show us what he can do!

Recommendation:  Fantrax managers, you have to keep Perez.  Yes, he’s been disappointing so far, and finds himself playing on the right-wing, but he’s a very talented footballer.  Once he’s settled in at Leicester, he should start scoring well!