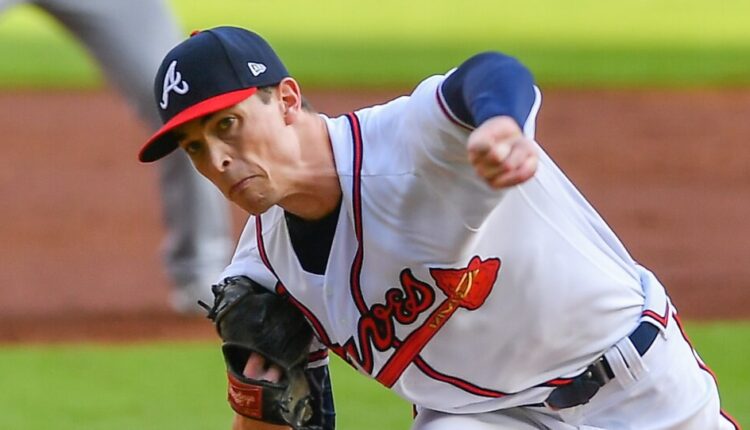 Well, here we are. Week six of the most interesting baseball season I’ve seen.

Honestly, I never saw us in a 2020 season, let alone seeing Week 6 at the end of August. But, that’s the world we live in now.

Anyway, as I said, we’re in the middle of Week 6 with only four left in the unusual story that is the 2020 baseball season. Because of certain teams being on COVID hiatus, a few teams won’t be operating tomorrow; it also means, however, a better chance to hit it big and take home the #1 OVR spot of the day.

Although, even with the increased odds, it’s still hard to get to the coveted #1 spot on the board. Reaching the top takes a lot of preparation and, let’s be honest, a little luck.

We could talk about that forever, though; let’s get down to the real reason you’re here. You want to make some money. I want to help you. So, let’s get down to brass tacks. Who are the guys you should target tomorrow?

In the land of peaches and Coca-Cola, a scrappy team of youngsters remains atop the NL East. With their talented, young stars, red-headed phenom, and exhilarating albeit a bit toxic Twitter fan base.

After years of riding the bottom, Atlanta is seeing their success they were so promised by disgraced former GM John Coppoella.

So why do things look like a bit of a warzone for the first place Braves? One word: pitching.

Every member but one of the rotation is either on the IL, back at the alternate camp, or simply not on the roster anymore (sorry Folty.)

There is one kid, though, who’s decided to carry the team on his back and keep them atop the NL East; a kid enthusiastically known as “Glavine 2.0”.

Fried has been the shining light in the dark tunnel that is Atlanta’s rotation, posting a perfect 4-0 with a league-leading 1.32 ERA, 33 K’s and another league-leading ERA+ of 361. With his partner in crime Soroka out for the season, the burden of keeping the team together has fallen on Fried.

The funny thing, though? It’s only seemed to make him stronger; almost angrier, like he’s out pitching with a vengeance. If this is the kind of stuff we’re seeing from just his second full year, then it’s safe to assume that Fried could be one of the top pitchers in baseball for years to come.

Atlanta is taking on the big, bad Yankees in a double header tomorrow. Fried is up against a struggling Tanaka, so expect plenty of run support from his Braves. If Fried can outlast the dangerous Yankee lineup that now includes a healthy Aaron Judge (and I definitely think he can), then expect big points out of him tomorrow.

If there’s one comeback story I love seeing, it’s that of Sonny Gray.

Coming off his spectacular, almost Cy Young season, we saw Gray immediately dip into a slump that seemed like it would stamp a Do Not Start sign right on his forehead.

If you ask me, all he needed was to get out of the AL.

Gray’s got a combined 15-9 record with a 2.54 ERA to his name since joining the Reds; and it’s looking like he’s wanting to remind everyone just exactly what he’s capable of. After all, a 4-1 record with a 2.21 ERA kind of speaks for itself.

Cincinnati is set to take on a Milwaukee lineup filled with pitching woes and a superstar who hasn’t found his stride yet this short season, so it’s safe to assume Gray will continue his hot streak tomorrow.

If you don’t mind having another of your SP’s set at over 8K, then you should expect a huge boost in your lineup come game time tomorrow.

Now, we all knew we’d see some…interesting…things this season.

I just didn’t think anyone expected to see the Baltimore Orioles sitting right near .500 with 4 weeks left in the season. It’s been unreal to see, but some extremely exciting baseball to witness. The muscle behind their success, you ask? Santander.

In most standard fantasy baseball leagues, Santander is a top-5 athlete, leading most players in all scoring and being picked up faster than $50 TVs on Black Friday.

The Orioles are up against the first place Rays, but against a pitcher with an almost 6 ERA and not a single win this season. It’s safe to say that Santander will remain hot and he needs to be in your OF tomorrow.

The often-mispronounced second baseman out of south Florida is lighting up the AL East, wasting no time in the short season to show he’s a force to be reckoned with.

Lowe is hotter than red-hot, slashing .302 with 18 XBH and 25 RBIs this season. We’ve seen him dip a bit over the last couple of days, but that should be viewed as nothing more than an isolated incident.

If science has taught us anything, it’s that players on a hot streak will do anything they can to stay hot. Look for Lowe to fill your 2B slot as he continues his successful run.

Another bright light through the dark cloud that seems to be following the Braves, Ozuna is reminding everyone that he’s a force to be reckoned with. He took a 1-year deal to bet on himself this offseason. So far, it’s looking like the payout is gonna be huge.

Ozuna is on a tear in his new threads, posting a .389 AVG with 2 HR and 6 RBI’s in the last seven days, with a nice seven-game hitting streak to go with it.

Ozuna’s entire year is fueled by proving himself; he’s hungry to get back on top. This drive has only made him better, too. Look for big points from the Atlanta DH as they take on New York twice tomorrow.