Exploit These Fantasy Baseball Trends to Win Your League! 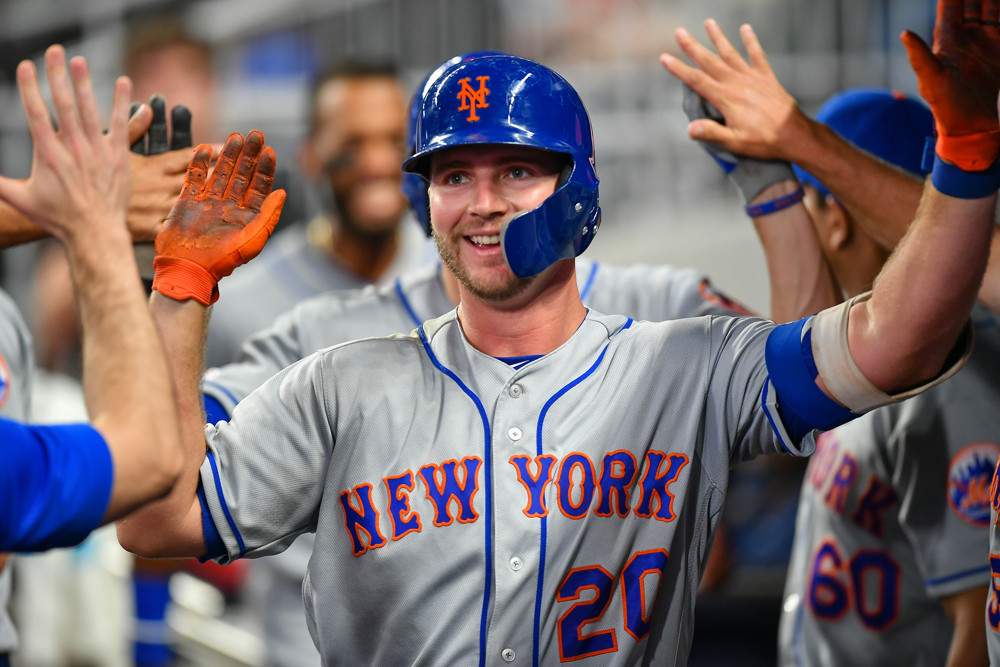 Heading into each Fantasy Baseball season there is more and more research on statistical trends. I write about it every winter and how the latest trends should affect your team building and the numbers you shoot to reach in each category. However, once the season starts, the statistical trends tend to get overlooked. Memorial Day Weekend is a huge timestamp on the fantasy baseball calendar, as it is often a date cited where fantasy owners and analysts tend to agree, it is now time to take a hard look in the mirror… and your fantasy baseball roster! Due to this it seems like a natural time to also identify some statistical trends in the world of fantasy baseball!

It is no secret that power has been up in recent years, but 2019 is taking things to a new level. The league average isolated power (ISO) in 2018 was .161. That has been the norm as the league average ISO has sat between .161-.171 in each of the last three seasons. However, in 2019, it currently sits at .176. That is despite the fact that we have yet to hit the summer weather. Typically, the ball starts to fly out more in June-July. The highest ISOs by month in 2016 were August, June, and July. In 2017 it was June, August, and July. Finally, in 2018 it was May, August, July, and June. What does this mean? It means that the power surge in recent years is not only very much real, but shows no signs of slowing down. Just like many analysts said heading into the season, it will take more home runs than ever to win the category. Let’s use one industry league that I play in as an example. Last year, two teams tied in the lead for homers, with 326 each a piece. The current leader is at 141 in that same league. That means the current leader, two months into the season, has 43 percent of the home runs that were needed to win the category last year. We are roughly one-third of the way into the season.

Pitching Power Is Up As Well

Batters aren’t the only ones enjoying the latest power surge. Pitchers continue to be beneficiaries of the power increase we are seeing across baseball. Strikeout percent is up to 23 percent in 2019. The previous high since 2010 was 22.3 percent in 2018. To put that into perspective, there have been just 11 seasons since 1950 with a league average strikeout percent of 18 percent or higher. Each has occurred (in order) since 2009. See below:

It is not just the strikeout numbers that are up for pitchers. The league average fastball velocity is up to 92.9 MPH, the highest it has ever been in any season since 1950. However, pitchers continue to cut down on the use of their fastballs. This season, pitchers are throwing it just 52.8 percent of the time according to Fangraphs, the lowest in any season since 1950. The previous low was 55 percent in 2018. In its place, pitchers are throwing a slider 18.3 percent of the time, the most ever. Additionally, we are seeing 10.9 percent league average usage on the curveball, the second most its been thrown since 1950. Only 2002 (11.2 percent) saw more.

The league average swinging strike rate for pitchers is up to 11.1 percent, the highest it’s been in any season since 1950.

Stolen Bases Are Still Down

Heading into the year it was a safe assumption that the power trend in baseball would continue. Will more and more players attempting to hit the ball out of the park, it should lead to a continuous uptick in strikeouts. Additionally, the hardest stat to find in fantasy baseball continues to be the stolen base. Knowing this should not only solidify what many expected heading into the season, but this confirms that it will take even more homers or strikeouts to win these categories in fantasy baseball.

Knowing the player pool and each player’s skill set is the most important aspect of fantasy baseball. But knowing what stats you need to attack heavily, plus, knowing a rough estimate of the numbers it may take to win a category is a vital part of team building in this game we love. Knowing this information may not only make you sound interesting with your baseball buddies, but it should be used to help build your fantasy baseball team for the final two-thirds of the season!

All stats entering Tuesday, May 28th.

If you have any questions, hit me up on Twitter, @MichaelFFlorio.

Michael Florio is the winner of the 2018 FSWA Baseball Article of the Year and was a finalist for the 2017 Fantasy Football Writer of the Year. He has hosted video/radio shows, written for a number of print and web publications including the AP, NY Daily News and much more! For more from Michael check out his full archive.