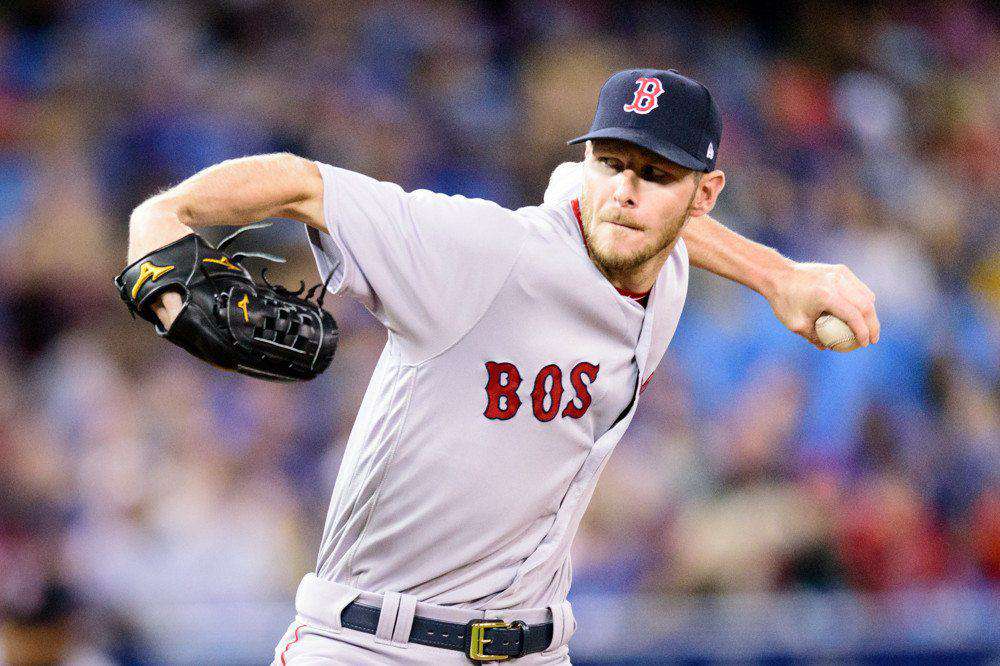 It’s never too early to predict which teams and players will be the best at the end of the baseball season. Can the Chicago Cubs repeat? Are the Colorado Rockies for real? How long can Aaron Judge keep this up? The next four months of baseball will answer these questions. After observing these first 50 games or so, this is how the playoffs and player awards could end up in October and November.

As much as we all love high-scoring games and offensive outbursts, it always comes down to starting pitching in the end. These three teams all have strong rotations that should only get better as the season progresses. Each team has one of its top two or three pitchers currently on the DL, yet they are still finding ways to get by without them.

These rotations will only get stronger once everyone is healthy. That shouldn’t be too far from now either. David Price just pitched in his second rehab start for Triple-A Pawtucket, and even though the results have been abysmal, the Red Sox have announced that he will make his season debut on Monday against the Chicago White Sox. Houston ace Dallas Keuchel should be back early next week as well. He was placed on the 10-day DL on May 20th but is expected to miss only one start. Indians ace Corey Kluber (back) made a rehab start Thursday and is expected to rejoin Cleveland’s rotation within the next few days. Once everyone is healthy, here is what the top of each team’s rotation will look like.

There’s more to these teams than just strong pitching rotations, though. Both Houston and Boston are top-five in the AL in runs scored. The Red Sox have certainly been missing David Ortiz in the middle of their lineup, but they’ve still managed to score a fair number of runs. They aren’t scoring much via the long ball, though, and are dead last (by a mile) in home runs in the American League. Red Sox President of Baseball Ops, Dave Dombrowski, is known for his love of trading. I’m sure he will be trying to acquire a power bat this summer.

[the_ad id=”384″]Over the offseason, Houston went out and made some under-the-radar moves to round out this lineup. They brought in veteran outfielders Carlos Beltran and Josh Reddick, as well as veteran catcher Brian McCann. After having a righty-heavy lineup in 2016, Houston’s lineup now has much more balance, and it’s certainly working so far. They’re currently third in the AL in batting average and second in both OPS and runs scored. Out of all the teams in the American League, Houston looks like the most dangerous.

The Yankees are off to a hot start in 2017, and the young talent on this roster has been a huge reason why. We all know how good Aaron Judge has been this year, but if you need some reminding, read this. Their pitching seems to be over-performing, but this offense is legit and should carry them into the wildcard game.

Baltimore is the best team that nobody talks about. Since the start of the 2014 season, the Orioles are the AL East team with the most wins. What holds them back from making deep playoff runs is their starting rotation. This year they’re relying on youngsters Dylan Bundy and Kevin Gausman, along with Chris Tillman, who is a No. 3 starter at best. That rotation just doesn’t seem good enough to advance deep in the playoffs.

The only team out of these three that is currently a division leader is Washington. Even without Adam Eaton, this Nationals lineup is deep and scary, especially with Ryan Zimmerman back to being a highly productive player. Bryce Harper is back to being one of the best players in baseball, and that has been huge for this lineup. When he’s on his game, the rest of the lineup seems to follow suit.

In 2015, teams would just intentionally walk Harper because there wasn’t much hitting behind him. Now with Zimmerman back to his old self, opposing teams are forced to pitch to Harper more. More good pitches for Harper means more runs on the board for Washington. Simple as that.

Call it a championship hangover or whatever you want, but the Cubs have not been the same team in 2017. Fundamentally their roster hasn’t changed much, but they’re playing nowhere near their blistering 103-win pace in 2016. Chicago currently finds themselves on pace for a win total in the mid-80s and are in a three-way battle with Milwaukee and St. Louis for the Central Division lead.

There’s just too much talent here for the Cubs to be sitting around .500 for too long. Kris Bryant is having another MVP season, and Anthony Rizzo is beginning to really get it going after a slow start. As the temperatures continue to heat up, the Cubs should too. Don’t be surprised if they’ve built a five- to ten-game division lead by the All-Star break.

Pitching is what has gotten it done year in and year out for the Los Angeles Dodgers. It helps when you have the best pitcher on the planet taking the hill for you every fifth day. What Clayton Kershaw does to opposing lineups just isn’t fair. Behind him, Alex Wood has really stepped up and is looking like this year’s version of Danny Duffy.

Sorry, Milwaukee and Colorado fans. I’m not a believer in your teams’ hot starts. Both the Brewers and Rockies are top-10 in hitting and bottom-10 in pitching this season. Just ask basically every Colorado Rockies team over the past 10-15 years how that works out.

The Arizona Diamondbacks and St. Louis Cardinals have the pitching needed to get it done. Zack Greinke has decided to be a good pitcher again and is having one of the best seasons of his career. Pair that with a dynamic offense that is currently top-five in runs scored, and Arizona should rack up enough wins to grab one of the two wildcard spots.

The Cardinals offense is bottom-10 this season, but their pitching has been stupendous. St. Louis currently has a top-three team ERA and leads baseball in quality starts. If they can continue to pitch like this and get at least adequate hitting, they should grab the other wild card.

Picking any team from our Nation’s capital to go far in the playoffs usually doesn’t work out. The Washington Nationals and the NHL’s Washington Capitals seem to annually disappoint in the playoffs with early exits. This year’s Nationals team is just too good from top to bottom to not make a World Series run. Losing Eaton certainly hurts, but good things are bound to happen when you have guys like Bryce Harper, Daniel Murphy, Stephen Strasburg, Max Scherzer, etc. This team has what it takes to take down the defending World Series champs.

This series will have plenty of star power and should be a very competitive series. In the end, Washington’s starting pitching will be the difference. In a seven-game series, they could legitimately start Scherzer or Strasburg in five of them. That factor, plus the Nats’ loaded lineup will bring this franchise its first championship. Bryce Harper will have something that Mike Trout doesn’t: a World Series ring.

Barring something unforeseen, the American League Rookie of the Year award is Aaron Judge’s to lose. I fully expect Andrew Benintendi to have a good season, as well, but the power numbers that Judge will put up will help him finish ahead of the Red Sox left fielder. Judge should easily approach 40 long balls with 100+ RBI. If that happens, there won’t be any doubt as to who your AL Rookie of the Year is.

This could turn into a two-horse race in the NL between Cody Bellinger and Chicago’s Ian Happ. Bellinger had a two-week head start on Happ and ultimately looks like the better hitter overall. Both players should put up solid stats, but like the AL race, this should come down to power totals. Bellinger has greater power and should win this award in the end.

The most electrifying pitcher in baseball this season has been Chris Sale. He has racked up 101 strikeouts in his first 10 starts for Boston. Only some guy named Pedro Martinez has more over his first 10 Boston starts. That’s pretty impressive.

Chris Sale is 🔒'd in. The strikeout machine is now one start away from setting a new record https://t.co/iwkuysBNzL pic.twitter.com/dYgP8uqqPe

There’s not much to say about Clayton Kershaw that hasn’t already been said. The guy has been the best pitcher on the planet for a while now, and in most seasons it hasn’t even been close. This year has been no different. Barring injury, he should add another Cy Young award to his already impressive trophy case.

I know, I know, picking the two best players in the game is boring and not exactly going out on a limb, but has either player done anything this year to cast any doubt on their MVP chances? Go ahead and think about it; I’ll wait.

What might hold Mike Trout back is the fact that the Angels yet again are probably going to miss the playoffs. His stats last year were strong enough to overcome that, and he’s been even better this season. Unless another AL hitter can have a monster season, a third MVP award should be heading Trout’s way.