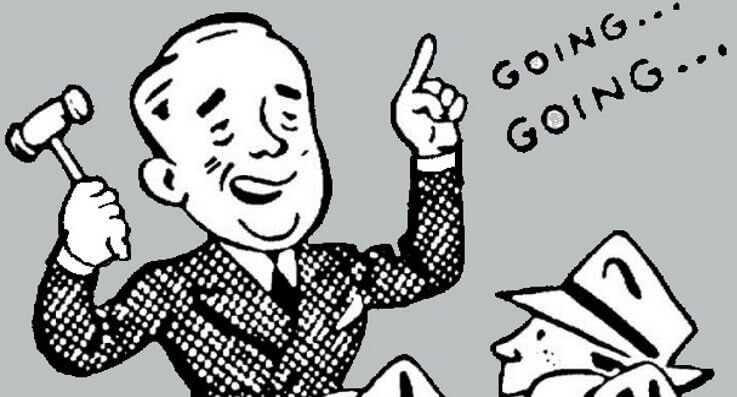 Regardless of if this is your first fantasy football season participating in an auction draft or you’re a part of an auction draft every year, you’ve chosen the best way to draft hands down. Auction drafts are highly recommended to spice up your league. They will make drafting far more interactive, especially in person. When a handful of managers are bidding to acquire the same player, constrained by a salary cap budget, it generates plenty of excitement for the whole league to watch. It’s something you just don’t get by simply picking players one by one in a snake draft.

While it’s even fun just talking about auction drafts, let’s not forget the goal is to win your fantasy football league. To do that, you can enjoy yourself, but have to stay sharp. Unlike snake drafts, you have the opportunity to be involved in every pick in an auction draft.

So, again, whether it’s your first time or you’ve been at it a long time, it’s worth taking the opportunity to perfect your skills to draft the perfect team. Easier said than done. Luckily, I have over 10 years of auction draft experience. I’m here to give you the tips, tricks, and strategies to win your draft and win your league. Let’s get started.

Failing to Prepare is Preparing to Fail

You need to prepare for an auction draft slightly more than a typical snake draft. Anyone can show up to a snake draft with a rankings sheet, cross off some names and pick the next best player available. An auction draft demands you pay attention and know what you’re doing.

My 2022 fantasy football auction values are a good place to start. Whether you stick to them religiously or tweak them to fit your own rankings and league settings, it’s important to know your own boundaries. You do not want to get stuck overpaying for a player you simply did not need to do so for. Conversely, you do not want to tap out of bidding if your budget and rankings suggest to stick with it. Preparing a values sheet as well as mocking hypothetical teams based on those values is a good place to start.

Above all else, determine what kind of roster you want to build. If you’re targeting a wide receiver in the first round of snake drafts this season, then it’s unlikely you’re willing to spend big on a running back in an auction draft. Additionally, waiting on a quarterback in snake drafts likely means you’re budgeting just a buck for your quarterback here, as well.

A helpful exercise is to determine how much of your $200 or so budget you’re willing to spend on each position. From there, then you can start to identify which players realistically fit the blueprint.

Know When to Stop

Exceeding your budget and spending too much to roster a player is not fun.

It’s important to stick to your rankings and values. Having a limit to spend to acquire a certain player’s talents is a safe approach. For example, while it may be tough to lose Ja’Marr Chase in the moment, if you stick to your plan and know when to stop bidding, you’ll be able to spend your budget on a different player’s value without spending time regretting overpaying for Chase.

This is a simple, but effective strategy, especially for first-time auction drafters. By nominating top-ranked players you don’t want early, it removes money from other managers’ budgets. That eliminates competition for players you do actually want as you’ll hypothetically have a larger budget. More importantly, players you didn’t necessarily want are now off of the board and filling spots on other rosters.

This could, in some situations, also present opportunities to acquire good players for a discount. If you do nominate a consensus top-ranked player you don’t necessarily want, and the bidding slows down in an area you feel comfortable rostering that player for, then strike!

There’s no need to completely fade a player in an auction or any other draft. So, truly remove yourself from bidding only when the price exceeds a point where you’re willing to spend.

When you nominate a player, it’s at least for $1 and nobody else bids, that player is yours for $1 to roster. So, don’t run the risk in your auction draft of nominating a low-end player you think someone might bid $2 or more for against you. If nobody does, not only did you just waste $1, but you just added a player to your roster that you don’t want and could be used on a player you are actually targeting this season. Consider other managers in an auction draft, but only worry about yourself and the plan you came with.

You’re going to be nominating a lot of players throughout an auction draft. Like a snake draft, you probably have sleepers you would like to acquire late at a value. An auction draft is no different.

If you nominate a sleeper player early and hope to get him for $1, you run the risk of getting outbid since everyone has a looser budget. It’s better to wait. By nominating a sleeper toward the back end, you have less competition and shouldn’t have to spend much at all. Managers are more likely to perk up, wonder why you nominate a lesser desired player early, and jump in on the bidding. Let the money fly early and don’t give them that chance later.

Let’s say you have a $200 salary cap budget for a 16-man roster. Typically you need at least $1 per roster spot. So, once you start rostering players for various amounts, it’s important to keep track of how many roster spots you have left and, more importantly, what your budget is to acquire them.

Do not leave any money on the table. Make sure you spend every dollar of your salary cap budget because you can’t take it with you. Leaving money behind could be the difference of drafting a good player and a great one from rounds prior.

It’s also important to keep tabs on every other managers’ budget. Someone usually acts as a treasurer of sorts to keep managers honest and from over drafting illegally. But for you, knowing what someone else has to spend still in their budget can play to your advantage. You can hypothesize not only who they may be waiting to acquire, but then nominate that player and get the money out of their pockets. Overall, it’s a worthwhile practice in an auction draft to know who you may be competing with in any given bid.

This is a loaded piece of advice. For starters, playing the market means keeping an eye on how much certain positions cost, especially early. Next, it requires the recognition of how much money is still out there to be spent amongst your league and determining the value for players in real-time as a result. Lastly, monitoring which players are still available and which teams need which positions to fill out their roster.

I will continue to stress this: You need to be an active drafter. There will be plenty of time to discuss the draft, your team, and the year ahead when your roster is complete. Each pick is worth paying attention to. Eventually, the name of the game becomes supply and demand. The ever-changing auction draft will have you keeping tabs on which players are left, which managers can afford to roster them, and if you have a chance to do so yourself.

You cannot afford to cry over someone outbidding you for Jonathan Taylor. By the time you get over it, plenty of other good players have passed you by in your auction draft. As I’ve discussed, it’s extremely beneficial to arrive to your auction draft with a plan. You need to understand plans don’t always go the way we want them to, so be flexible!

After months of research, I usually approach my auction drafts with a handful of players I want and a hypothetical roster with a budget in mind. The key, though, is there’s no telling when said players are going to get nominated. That said, if a player you are waiting for is still on the board, but another player you like, but didn’t necessarily plan to draft, is available beforehand for a lot cheaper than you think they should be, it’s okay to change your plan and draft that player instead. Again, actively drafting is important. Just make sure to manage your money wisely and construct that roster to the best it can be.

Be Ready for Anything

Just when you feel comfortable drafting in an auction, it can change on a dime. The best example of this is when a player goes for far more than you ever expected. If you play in a San Francisco-based league, and have Deebo Samuel salary budgeted at $35, you have to prepare that a popular player like Deebo, in a San Fran draft, could come off of the board for much more.

Especially as the draft gets moving, values will naturally change in real time. That’s why having a plan, playing the market, and everything in between are important pieces of advice. If you’re ready for anything then nothing will surprise you.

Don’t Panic and Have Fun

In a snake draft, by the third hour of drafting, you could be scraping the bottom barrel of your rankings for a sleeper. However, in an auction draft, you may find yourself with four players on your roster in the first four minutes. You might also not have any players after the first round of nominations. Either way, it’s okay!

There is no right way to do an auction draft. So many variables come into play as to what makes each league’s auction draft so unique. Don’t succumb to the pressure that you need to get in on the bidding or feel you need to stop. As long as you are building a competitive roster within the confines of your budget, then keep on full speed ahead.

Above all else, this is a great way to have some friendly competitive moments before the real competition begins. Who better to do so with than friends, family, co-workers, or whoever else you play fantasy football with? So, enjoy your auction draft and time well spent with great people before it’s going, going…gone!

How To Win Your Standard Scoring Draft