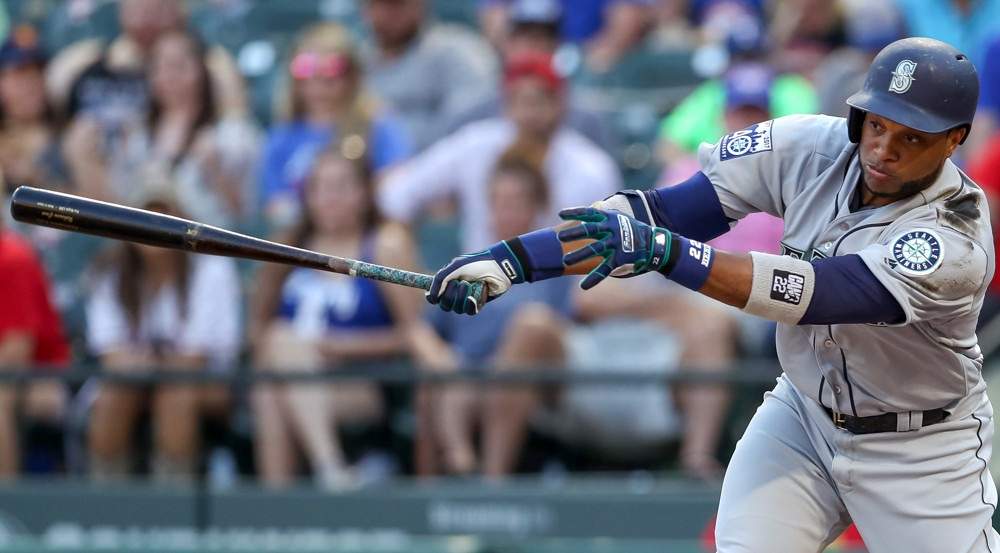 Given the hectic past week in Major League Baseball, I’ll take a detour from my surprise players of 2018 to look at a player who has been in the news for the better part of three weeks. Robinson Cano is finally a Met. What’s more, he’s a better player than you think.

Much of the attention surrounding the Robinson Cano – Edwin Diaz swap focused on Cano’s contract. To be sure, the deal is under water; he would not have found $120 million at age 36 if he were on the open market. Seattle took back Jay Bruce and Anthony Swarzak to offset some of that salary, and they kicked in some cash of their own to make New York’s books more palatable. But that attention on Cano’s deal obscures a different reality. Cano is still a very good hitter.

Fantasy owners don’t seem bullish on Cano. He’s coming off the board 11th among second basemen, tiered with Brian Dozier, Daniel Murphy, Rougned Odor, and Cesar Hernandez. That’s simply too low. Dozier is coming off a terrible 2018 season. Murphy might not find an everyday job because of defensive question marks. Odor has upside, but among the lowest floors of any regular in baseball, given his streakiness in plate discipline. Hernandez, who makes his living running extremely high walk rates, is a better real-life asset than a fantasy one. Cano, though, still projects as a very good hitter, who should offer ample fantasy value.

Over the past three seasons, Robinson Cano has hit .292/.350/.490 in the pitcher-friendly confines of Safeco Field. It’s not as if he showed any signs of slowing down in 2018, either. On a rate basis, Cano’s production last year was among the best of his career. He hit .303/.374/.471 on aggregate, and the underlying numbers are even more impressive. Cano’s 93.6 MPH average exit velocity on air balls (which Al Melchior recently found to be more meaningful for power projection than raw exit velocities themselves) tied for 35th in baseball, per Statcast. He was nowhere near Joey Gallo and Aaron Judge, but he did rank among the top 15% of hitters with at least 100 batted balls. Clearly, Cano still has ample raw power.

More interestingly, Cano backed up that batted ball authority with his typically-excellent contact skills. Of returning players, only MLB’s 1-2 punch of Mike Trout and Mookie Betts exceeded Cano in both contact rate and exit velocity on air balls. (Admittedly, making that fact a little less fun is that the outgoing Joe Mauer also topped Cano in both metrics. Unlike Mauer, though, Cano generates loft to the pull-side, where the most damage is done, regularly. These spray charts from Statcast on Cano and Mauer are illustrative).

To put a finer point on the rarity of Cano’s offensive skill set, albeit with slightly different metrics, we can turn to Fangraphs’ Splits Leaderboards. Filtering for hitters within five percentage points in either direction of Cano in terms of strikeouts, hard contact and pull rate, we find a generally-impressive assortment of names.

Manny Machado, Justin Turner, and Lorenzo Cain are stars. Nearly all the rest are at least everyday fantasy assets. Only Manuel Margot stands out as a red flag, and he popped up nearly three times as often as Cano did, suppressing his batting average in the process. At the very least, hitting the ball as often and with as much authority as Robinson Cano does yields a strong contact floor. Cano also has a longer track record of hitting for power than many of his peers on this list. Even in Seattle, he exceeded 20 home runs in three of his four full seasons.

It’s probably time to address the obvious elephant in the room weighing down Cano’s draft status. On May 13, he fractured his right hand on a hit-by-pitch. Two days later, he was suspended eighty games for testing positive for a masking agent. Age, injury, and performance-enhancing drugs have made owners wary. But he did return at the end of last season, albeit with Seattle no longer in contention. It’s easy to make too much of his small-sample results, but it’s worth noting that he regularly exceeded 108 MPH peak exit velocities in September. That’s not otherworldly, but it suggests that his bat speed did not completely evaporate.

It’s also worth considering the possibility that Cano wasn’t entirely healthy down the stretch. Hand injuries can sap power even after a hitter is healthy enough to return, for one. For another, Ken Rosenthal recently reported that Cano underwent a postseason clean-up procedure on his knee. That would normally be concerning, but it may be a promising development in Cano’s case.

The procedure seemingly indicates that Cano was not at full strength in September, and he managed to produce despite that. More interestingly, the Mets’ team doctor performed the surgery while Cano still played for the Mariners. No doubt, the Mets’ front office did its due diligence on Cano’s health. Their team doctor had firsthand knowledge of Cano’s condition, and, presumably, signed off. If anything, Cano could just as easily be more explosive with health next April.

Robinson Cano remains, despite the attention devoted to him as a negative contractual asset, an immensely productive hitter. While he won’t offer stolen bases, high average hitters with power are extremely rare in the modern game. Cano is among them, yet his off-field issues have overshadowed his ongoing on-field productivity. The 2019 season offers Cano a fresh start in a familiar city, and it offers fantasy owners a chance to seize an undervalued second baseman.