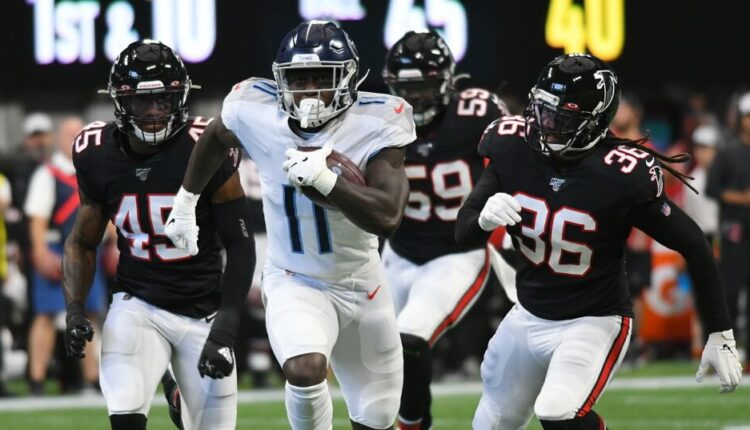 After a few weeks hiatus due to the holidays and things in my life getting extremely busy, I am back with my xFP projections for Week 15 taking a look at an interesting slate of games ahead. After the Ravens dismantling of the Jets on Thursday Night Football many of you may already be behind in your semi-final matchups. Without any more delay, let’s take a look at the slate and my top 20 pass catchers for the week.

For more help getting ready for the next step in your championship march, check out our Waiver Wire Recommendations and  FAAB Guide.

Due to his massive target share and easy matchup on tap, Jarvis Landry overtakes the top slot in my projections. While the Cleveland offense has been struggling as a whole, xFP sees Landry as an elite play this week.

Second on the list is Michael Thomas, who has been one of the best players in all of fantasy football. There is no question you are starting him.

Robert Woods finally found the endzone and his usage has been incredible. Fire him up as an easy WR1 this week.

The next few names are fairly unsurprising as all are guys you will be starting no matter what. However, when we get to the ninth name we see A.J. Brown. The rookie has been a revelation and many who started him last week likely found themselves in their semi-finals. The model suggests he is in another smash spot and will produce once again.

Another rookie the model loves in Darius Slayton. The Auburn product has been the most productive Giant and amazingly, Eli Manning did not hurt his production as much as many anticipated. He once again has a smash matchup and appears in line for another big day. While trusting the Giants offense seems concerning, the rookie has WR2/3 appeal.

The top TEs projected by the model are unsurprisingly Travis Kelce, George Kittle, and Zach Ertz. There is no reason to bench these guys.

The model sees Terry McLaurin as a high-end WR3 in a blow-up spot with the Eagles this week. He should be in your lineups.

Amazingly, the model sees Christian McCaffery’s receiving production alone reaching double digits making him an elite play this week, not like anyone was worried about him.

The model also sees Justin Watson as the slightly better play this week. His previous usage suggested higher value targets than Breshad Perriman and as a result, he should be a better fit for what Mike Evans has done in the past. While there is an incredible amount of uncertainty in this offense I would rather roll with Watson.

Good luck to all in their semi-final matchups and if there are any specific players you have questions about, do not hesitate to reach out to me on Twitter.