Will These Players see BABIP Regression in 2022? 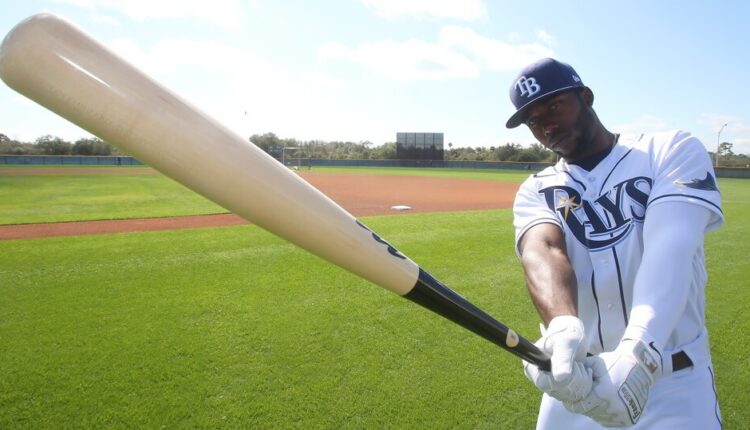 Batting Average on Balls in Play, otherwise known as BABIP, measures a player’s batting average on balls hit in the play of field. This stat removes home runs and strikeouts from the equation entirely because those are factors not affected by the defense.

In 2020 and 2021, the league average BABIP was .292, down from the .298 league average in 2019. Using a player’s BABIP compared to league average can be helpful for both pitchers and hitters. Pitchers who run high BABIPs usually suffer from poor defense or bad luck. Often we see a pitcher’s BABIP regress toward league average if they have an average defense behind them.

Hitters, on the other hand, can own the skill of BABIP. Players with high sprint speeds and high line drive rates usually run high BABIPs. You have two extremes in Tim Anderson and Austin Riley. Anderson has high-end sprint speeds and solid line drive rates. On the flip side, Riley scorches line drives which helps him sustain a high BABIP. But for the most part, you will find players with extreme BABIPs regress toward the league average over time.

Now that we have established what BABIP is and why it is useful let’s look at some players who should see their number fall in 2022.

I discussed Austin Riley in the intro as a player who fits the bill of a player capable of running a high BABIP. Riley certainly does not possess the high-end sprint speed, but what Riley does well is spray hard-hit line drives into gaps. Last season, Riley’s BABIP of .368 helped vault his batting average to .303 on the season.

Many will be quick to scream regression for Riley in the batting average department, and understandably so. But, Riley did post an expected batting average of .281, which was right in line with Tim Anderson and higher than Starling Marte and Cedric Mullins.

Yes, Riley’s BABIP was a huge outlier compared to his 2019 and 2020 numbers(.293 and .280). But, the .368 number was not an outlier compared to Riley’s MILB career. Rewind to his first full season in 2016, and Riley posted a .341 BABIP in 543 single-A plate appearances. The following year, .393 in double-A. In 2018 Riley posted a .374 BABIP in triple-A. This goes back to my point that Riley is capable of posting high BABIP’s due to his batted ball distribution. Riley’s xBA on line drives was .03 points higher than his actual BABIP.

But, this is an article about regression, and it’s hard to see Austin Riley sustaining the third-highest in baseball again in 2022. A BABIP between .330 and .340 seems much more reasonable, which would lead to some batting average regression. Regardless, Riley should still be an excellent player in 2022.

Randy Arozarena is another player like Austin Riley, who has run high BABIP’s throughout his career but could be in for regression. Last season, Arozarena posted a .274 batting average with a .363 BABIP. Unlike Riley’s high xBA, Arozarena’s expected batting average was a mere .222.

Arozarena is an intriguing target, thanks to his power and speed. His ADP sits in the mid-50s according to NFBC ADP. If Arozarena does see BABIP regression next season, his batting average could dip into the .250 territory. While that won’t kill you, you’d much prefer he hits around .275, which is his career batting average.

Starling Marte is the perfect candidate to run high BABIPs, much like a Tim Anderson type player. Marte has high-end sprint speed a high line drive rate and hits the ball hard on those line drives. On the negative side, Marte had a 54.8 percent ground ball rate in 2021.

Even though Marte seems perfectly suited to maintain high BABIPs, he has not done it in the past. In fact, between 2017 and 2020, Marte’s BABIP was just .317 in 1781 plate appearances. Marte’s batting average on line drives was .766, but his xBA on those batted balls was just .626.

Marte historically hits for a high batting average, but his 2021 batting average was the highest of his career since 2017. BABIP regression seems likely for Marte this season, but how will it affect his batting average? I still expect him to be somewhere between a .280 and .290 hitter. 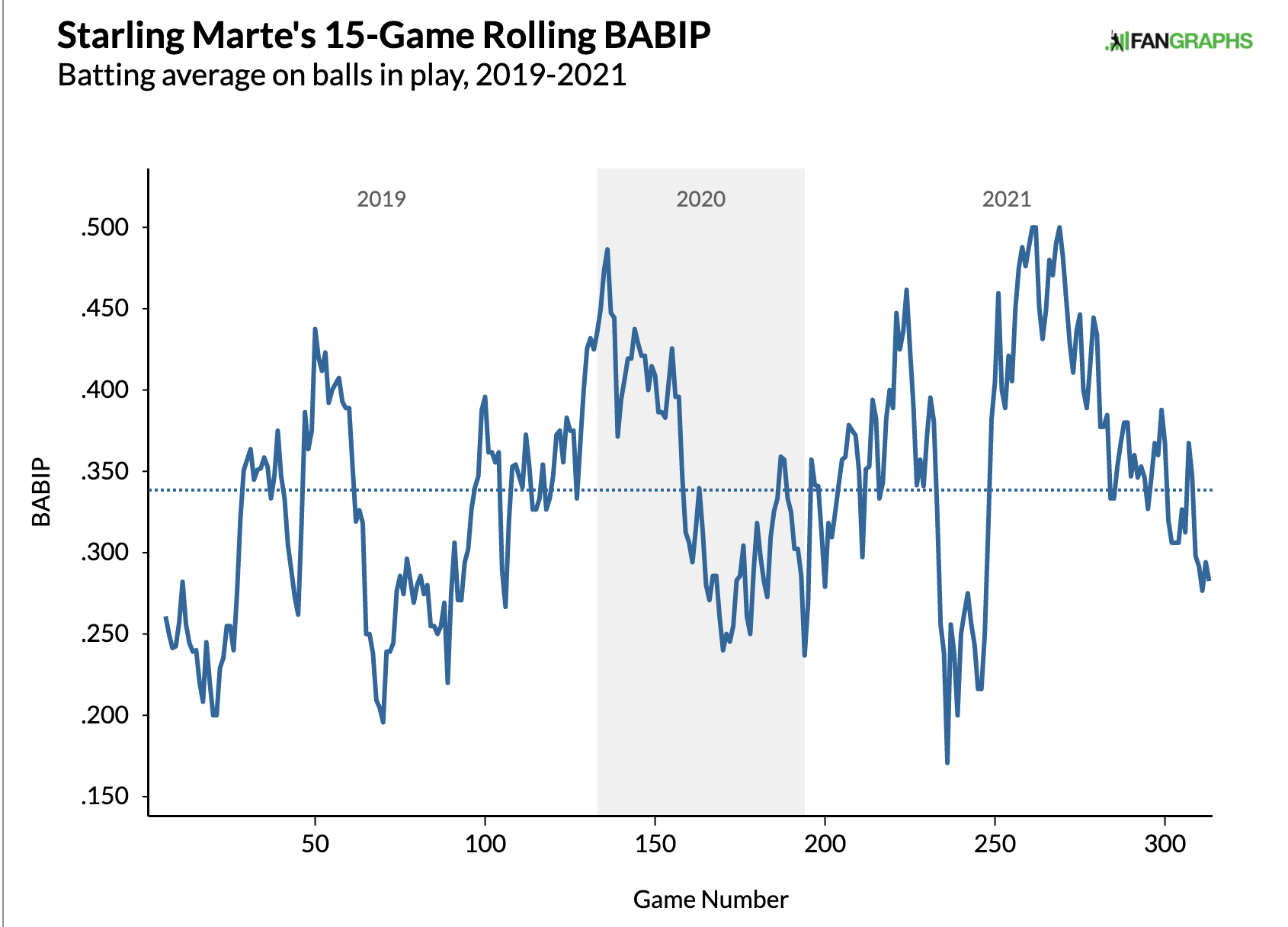