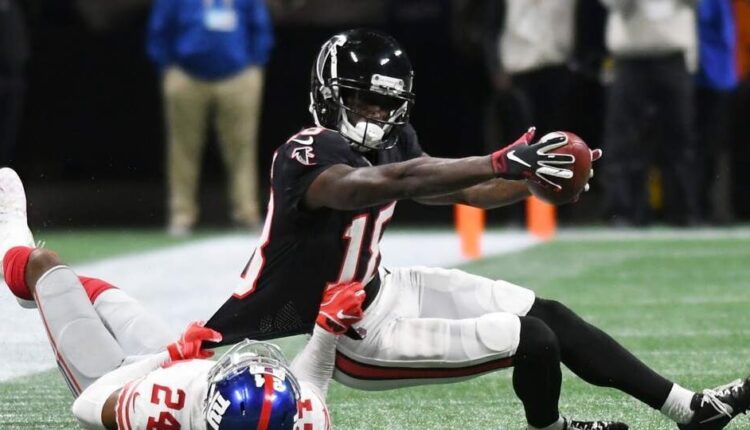 From running backs to wide receivers our fantasy experts are back to break down the wide receiver rankings for the upcoming 2021 season. Keep in mind these are indeed standard rankings. Players such as, DK Metcalf and Mike Evans (who was top four in touchdowns last season) receive a boost in this format. PPR ranks will follow in the upcoming months as we pump out more fantasy draft ranks here at Fantrax! Which analysts suggest a WR heavy approach in 2021? Find out below!

Below are the analysts that will be breaking down our Non-PPR Wide Receiver Rankings. In the upcoming months, we will have updated PPR Scoring formats. In the meantime, we have four analysts from you to draw from. We’ve included their initials so that you know who is who in the rankings table, and also their Twitter handles, so you can give them a follow and let them know what you think of their wide receiver rankings.

JD – First thing you need to accept…wide receiver is the most inconsistent position in fantasy. Calvin Ridley, who finished last season as the No.4 receiver, had himself weeks with 4.2 FPTS, 2.6 FPTS, and even a 0 FPTS week. It’s simple, understand and accept that bust weeks will occur. The focus however needs to be on high target volume players. Touchdowns are difficult to project on a weekly basis, however, give yourself the best chance at multi-touchdown games with players in a position to see the ball thrown their way often. Don’t stress too much if you find yourself in a draft without one of the top-ranked players, there are gems to be found in the later rounds.

BK – The wide receiver position is where I try to find my value picks. I never reach for a WR because only the elite ones are consistent. The WR position is very matchup/game script-dependent after the Top 15. In my view, you’re more likely to win your league with solid RBs than you are without solid WRs. Be patient at this position. Don’t be afraid to live on the waiver wire, here.

JJ – It is entirely dependent on where I’m at in the draft on how I attack wide receiver. If I’m in the later-half of the draft, I’ll draft at least one stud wide receiver. Otherwise, I’ll wait until the third or fourth round, and then hammer the position throughout the rest of the draft. Late-round rookie wide receivers are my personal favorite sleeper targets.

MO – As JJ stated, depending on draft placement is key. I think it’s in our best interest not to get gung-ho on specific trends like 0 RB or 0 WR. Starting off with a top-five pick? A running back is probably the best choice but let’s not get cute and start taking an Austin Ekeler or Joe Mixon over a Tyreek Hill in the first round. Within the first six rounds I like to have at least three WR choices selected. I love to zig when others zag and make sure my WR3 and 4 are much more dominant than my opponents. A backup-RB in AJ Dillon has the same ADP as 2019 1,000-yard receivers in Courtland Sutton and DJ Chark. Give me the 1,000-yard WR every day of the week over the backup RB. I’ll take an upside rookie/sophomore RB with the next pick or two, thanks.

CeeDee Lamb showed us the type of performances he can bring to the fantasy world in 2020, despite poor quarterback play with Dak Prescott sidelined. With little improvement to the defense, the Cowboys will certainly lean on Dak’s arm to stay competitive. Lamb is the No.2 passing option on a team that could be in the top 3 scoring offenses this season.

Ladies and gentlemen, it’s Calvin Ridley SZN!!! No running game. No Julio Jones. Matt Ryan will need to sling it to keep the Falcons competitive. Rookie tight end Kyle Pitts is the only competition for target share. Everything is shaping up for Calvin Ridley to be the guy in Atlanta, and I believe he’s talented enough to handle every team’s number one corner. He showed that last year while Julio missed games/snaps. I have Ridley ranked as my WR1 this year.

Jerry Jeudy will likely be on nearly all of my teams. Not only is he one of the best route runners in all of football, he is also set for positive regression in terms of his catch rate. Jeudy had 113 targets in 2020, but only caught 52 passes (46% catch rate). The targets ranked him 21st in the entire league. Unfortunately, poor quarterback play and drops all came into play, and Jeudy didn’t put up the production to match the volume. Jeudy is too talented to let that duplicate. 2021 will tell a different story, as Jeudy and his talent will shine through, and he will firmly finish as a WR2.
MO- Michael Pittman Jr., Indianapolis Colts
Sticking with another sophomore, Michael Pittman Jr., is someone that’s continuing to climb my wide receiver rankings.  The Colts were reportedly in on a few free-agent receivers but brought in noooobody! It’s the Pittman and T.Y. Hilton show, and that Hilton show is getting way too old for me. I’m switching hotels to the Marriott with my nice rewards card and selecting Pittman. Carson Wentz to me, is an upgrade over Philip Rivers. You can’t go wrong with gunslingers as your QB for fantasy purposes. According to PFF, in 2019, Carson Wentz was graded as a top-10 passer on 20+ yard throws downfield and that was with Greg Ward as their no.1 WR down the stretch. Pittman became the first Colts rookie to have 100 receiving yards in a single game since 2014 and played great in his first playoff performance racking up 90 yards against one of the best corners in football. When the Colts throw the ball, it’ll be to no.11 more often than not this season so take a shot on Pittman…as long as Wentz is not to hurt by losing his number to the sophomore we’re all gravy baby!

It’s tough to imagine a clear No.1 receiver on a good offense be called out as a bust. However, Marquise Brown’s outlook this season isn’t great. Having poorly performed for fantasy in the early part of 2020, the passing volume from Lamar Jackson just isn’t there to support a weekly fantasy-relevant Brown. This is a team that wants to run the ball, giving Brown a low weekly ceiling.

Davante Adams is my WR21. He’s a Pro Bowl receiver, so I didn’t want to disrespect him too much. But it’s clear to me that Aaron Rodgers has no plans to play for Green Bay this year. That deflates Adams’ value. If he falls to you, take him. But certainly, don’t go looking for him. Jordan Love is going to be taking his lumps.

As it stands today, June 22, 2021, if Davante Adams is without Aaron Rodgers, he is an obvious bust selection. Adams is going inside the top three at the position. There is a difficult path for that end-of-season finish if Jordan Love or Blake Bortles is at quarterback. As good as Davante Adams is individually, there are too many questions for me to invest a first or second-round pick.

Kenny Golladay continues to fall down my wide receiver rankings. For one, he’s coming back from a hip injury from which he took a long time to progress from. Changing teams always has its challenges learning new playbooks and lastly, there are a ton of receiving options in New York. Darius Slayton, Sterling Shepard, Evan Engram, as well as rookie Kadarius Toney and not to mention the return of Saquon Barkley! There are just way too many mouths to feed to put up top-16 fantasy numbers. Major bust potential is looming.

Are you digging our wide receiver rankings? Then you probably want to take a peek at our Running Back Rankings.