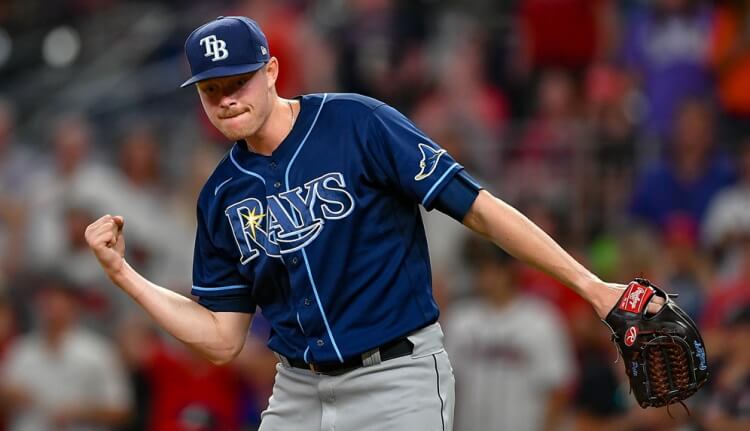 One of my favorite bands of all time is Spoon.  A line from their song “My Babe” came to mind today as I started writing my piece for the week for the amazing team at Fantrax.

The line is “What do you get when you add it up? The same walls every day and night.”

And this somehow reminded me of our bullpen work. It’s the same thing every week:  looking at what is right in front of you, trying to see what is really happening, looking for angles, small advantages, that extra one save or hold that could bring you that elusive title.  As we near the end of the season, I would invite you to let me know what you liked about our work this season, and where you think I have room for improvement.  Improving one’s self in matters of importance is a daily ritual for me.  I always strive to be better today than I was yesterday.  I take serious feedback seriously, and welcome it from those of you who have dedicated your time to reading my words each weekend.  It is truly an honor and a privilege to be able to write about fantasy baseball in this community, and I thank you for taking time out of your busy lives to interact with me and read my words each week.  I hope in some small way they may have helped you.

Eyebrows have been raised in Boston, where former closer Matt Barnes is clearly back in the picture.  Barnes has two of the last four saves, with John Schreiber having the other two. With Tanner Houck done for the season and Garrett Whitlock being used as more of a stopper, why not Barnes?  If Barnes can continue to avoid walks, he can stay in the mix the next couple of weeks and enter the conversation for the role in 2023. Barnes is a great example on how you can never disregard former closers and completely write them off.  Bullpens can be a war of attrition and guys often get multiple shots.

Clay Holmes remains the closer in New York, even though Wandy Peralta got a save last Tuesday. Holmes has earned a win, a loss and a save in his last three outings, and coughed up runs in each game. In fact, he took the loss last night.  Despite his 20 saves on the year, these are becoming painful saves.  Let the buyer beware. Keep in mind that Scott Effross and Zach Britton will be back soon, and old hand Aroldis Chapman is over his skin infection and could be back in the mix too.

It’s still Pete Fairbanks in Tampa.  At this moment on this day. Fairbanks hasn’t given up a run since late July and has seven saves, and is clearly the best arm in the Tampa Bay bullpen.  Plan accordingly because we all know tomorrow some guy off the street could get an opportunity.

Let’s give a little credit to Gregory Soto.  He’s remained the closer all year despite some harrowing ninth innings and being maligned by some pundits.  You draft a guy like Soto to be your second closer knowing there will be some painful saves at times.  That’s been the case this year, but kudos to those who took him (and not Giovanny Gallegos as I did) as their second closer: you have been rewarded with 25 saves this year.

Neither Jose Quijada nor Jimmy Herget has earned a save in September.  In case you were wondering or thinking about a waiver spot for them…Ryan Tepera did earn his third save Friday night and Quijada pitched the seventh and Herget the eighth. Herget is the best arm here.

We pointed out several weeks ago that context matters in bullpens, as does the money being spent on these arms.  We suggested scooping up Jose Leclerc where you could, as Jonathan Hernandez was regressing back to the mean. Leclerc appears to be the leader to get the handful of saves that are left in Texas.  Leclerc has four of his six saves this month.

In Miami, manager Don Mattingly continues to use Tanner Scott in the seventh and eighth inning, which is allowing Dylan Floro to be the closer again.  Floro has five saves now, and for those of you desperate for a couple more saves, he could be your guys.

The New York Mets star closer Edwin Diaz earned his 30th save Friday night. Add in the 107 strikeouts in 56.2 innings, the 1.43 ERA, and .90 WHIP, and you have one of the best years for a closer in recent memory.

Seranthony Dominguez returned from the IL this week in Philadelphia. The team has announced that Dominguez will not pitch on back-to-back days, at least initially. That would seem to leave the closer’s role for David Robertson. On Tuesday night, Dominguez entered in the eighth inning, and Robertson got the ninth.  That may show us where manager Rob Thomsen’s mind is on this one.

Manager David Ross is doing some interesting things in Chicago, using guys like Michael Rucker and Mark Leiter Jr. in setup situations.  Brandon Hughes and Rowan Wick looked like they were going to split save chances the rest of the way, but then last night, Ross called Hughes on in the eighth and left the ninth for Manuel Rodriguez, who earned the save.  It still looks like Hughes is the best bet for saves here, even though Leiter Jr. and Rodrguez earned the last two.  With nothing to play for, expect the Cubs to continue mixing and matching some, but know that Hughes is probably the most likely option for saves these last couple of weeks.

Ryan Helsley earned three saves this week in St. Louis, so any debate has been quashed here.  Giovanny Gallegos and Jordan Hicks are interesting options for holds.

It’s been pretty quiet down in Arizona, where Ian Kennedy and Mark Melancon haven’t had a save all month, and Joe Mantiply hasn’t had any chances either.  Move on.