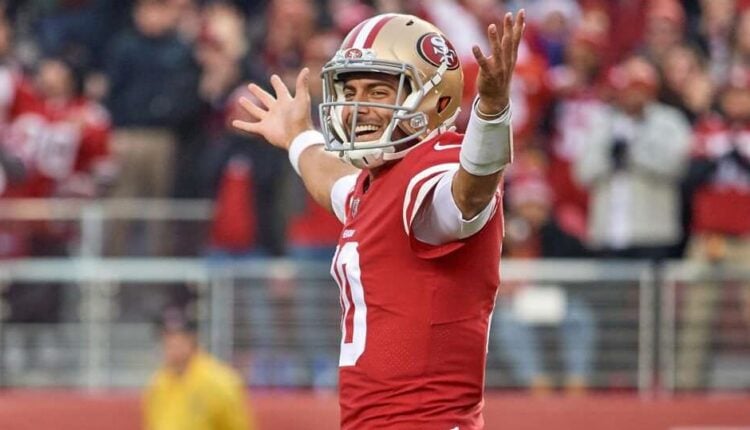 We are right at the halfway point in the NFL season and even further along in the fantasy season. There are four NFL teams on a bye this week, so fantasy owners may be beginning to feel the roster crunch. There are also a lot of situations that bear monitoring over the next few days. Before I dive into my Week 9 rankings, I offer my thoughts on some intriguing quarterback matchups this week as two of this season’s most dynamic and productive fantasy quarterbacks take on the stingiest defenses in the league. There are also several NFL backfields currently in flux due to injuries, poor play, and trades. Keeping a flexible roster and navigating these pitfalls will be increasingly important in the weeks ahead.

For help getting ready for NFL Week 9, check out our Waiver Wire Recommendations and  FAAB Guide.

There are a couple of very interesting scenarios at the quarterback position this week that fall into the age-old “year-to-date production versus matchup” category. Our first case study this week will be Ravens quarterback  Lamar Jackson. Jackson has scored the most fantasy points per game of any quarterback this season. However, he will face the New England Patriots in Week 9. We all know how great the Patriots defense has been, but the numbers against quarterbacks are still staggering. They have not allowed a top-20 (yes, top-20) fantasy quarterback yet this season. So what happens when the irresistible force takes on the immovable object?

On the other hand, we have Sam Darnold, who has averaged less than three fantasy points per game over the last two weeks. But he gets to play the Miami Dolphins, who are one of the worst defenses in all of football. Darnold has struggled under pressure of late, but that should not be an issue against a Miami team that has just nine sacks on the year. They have also put star cornerback Xavien Howard on injured reserve. There is a scenario where one can envision starting Darnold over Jackson, as strange as that may seem. I am not quite there yet, as I have Jackson at QB11 and Darnold at QB13 in my Week 9 rankings. However, I do think it is justifiable depending on your aversion to risk.

A similar scenario plays out to a lesser degree in the Week 9 Thursday night matchup. Jimmy Garoppolo (currently 23rd in fantasy points among quarterbacks) and Kyler Murray (eighth) will square off in primetime. This matchup features the worst defense against quarterbacks on a per-game basis versus the second-best. In this case, I am valuing the matchup and starting Garoppolo over Murray. Garoppolo has been a bit stifled by the fact that San Francisco’s running game and defense have been so dominant. Garoppolo only averages 27 pass attempts per game. I expect Kyle Shanahan to call more pass plays to attack Arizona’s weaknesses in coverage. The 49ers also have a pair of running backs who are banged up. With this being a short week, I think we may see Handsome Jimmy’s first 300-yard game of the season.

Kyler Murray has generally been productive in his rookie season but has struggled of late. Murray has gone two straight games without generating a touchdown. Oddly enough, he has thrown a touchdown pass in just three of eight games this year. He is running into an absolute buzzsaw on Thursday night. As good as New England has been defensively, San Francisco has been better over the last month. The last four starting quarterbacks to face the 49ers have scored 2.52 fantasy points. Combined. A 1-yard touchdown pass would net more fantasy points than quarterbacks have scored against San Francisco in October. While I think benching Jackson would depend on your other options, I want no part of Kyler Murray this week. If he beats me, so be it. Murray is my QB22 this week.

Week 9 also features some running back situations worth monitoring. Kenyan Drake was the only prominent running back dealt before the NFL Trade Deadline. He landed in Arizona and will also have to deal with San Francisco’s stifling defense. Christian McCaffrey did gash them a bit on Sunday, but I would not expect Drake to do the same. Before McCaffrey, San Francisco had not allowed a running back to finish higher than the RB30 for the week against them. I am not expecting Drake to buck that trend. He is a desperation Flex play at best this week. The fact that he plays on Thursday is another reason to bench him in my opinion. You do not want to lock him into your Flex spot and be stuck with him all weekend. And he is nowhere near an RB2 for me given the circumstances.

The trade of Drake opens up more opportunities for Mark Walton in Miami. Walton handled 14 touches and was in on 87 percent of snaps on Monday night in Pittsburgh. He should see similar usage going forward, which puts him on the fantasy radar. However, he will be tough to start each week unless you are in a bye-week crunch. He may be worth a look this week though against the Jets. New York has a solid run defense, but they are a team in turmoil right now and it is anybody’s guess as to how they play on Sunday. With the Saints, Rams, Falcons, and Bengals on bye this week, several running backs are unavailable. Walton could be worth a look for those in need. He checks in at RB26 in my Week 9 rankings.

James Conner suffered what appears to be a sprained AC joint on his final carry Monday night. It is a tough break for Conner, who had his first 100-plus yard rushing game of the season. As of now, his Week 9 status is up in the air. Jaylen Samuels is on the mend from his injury, as he has missed the last two games with a knee injury. But he practiced in full last week and should get the bulk of the work in the event Conner is indeed sidelined. Samuels is still available in 41 percent of leagues, but that number should quickly approach zero within the next 24 hours. I would expect Conner to sit this week, but until we hear the official word, I still have him ranked slightly ahead of Samuels.

The tide may have shifted in Kansas City’s backfield following their loss to Green Bay. LeSean McCoy lost a fumble in the third quarter with the game tied. The turnover led to a Packers touchdown in a game the Chiefs ultimately lost by the same margin. Following the miscue, Damien Williams handled almost all of the backfield work while McCoy was relegated to the bench. Williams scored a touchdown and could be in line for a bigger workload this week. It will be a tough matchup against Minnesota, who allows the fifth-fewest fantasy points per game to the position. I don’t know if we can declare Williams “the man” quite yet, but I do have him ranked higher than McCoy for now.

Ty Johnson was last week’s most popular waiver wire pickup, but Matt Patricia took a page from his old boss’ playbook and gave Johnson just eight touches while street free agent Tra Carson was given 12. An upcoming matchup with Oakland looks good on paper, but the Raiders’ run defense has been better than most people realize. They have only allowed 3.87 yards per rush to enemy running backs. There is too much uncertainty here for me to consider starting either player this week. Johnson, Carson, and J.D. McKissic are all outside the top 30 in my Week 9 rankings.

Got a beef with Mick’s Week 9 Rankings? Let him hear it in the comments below!