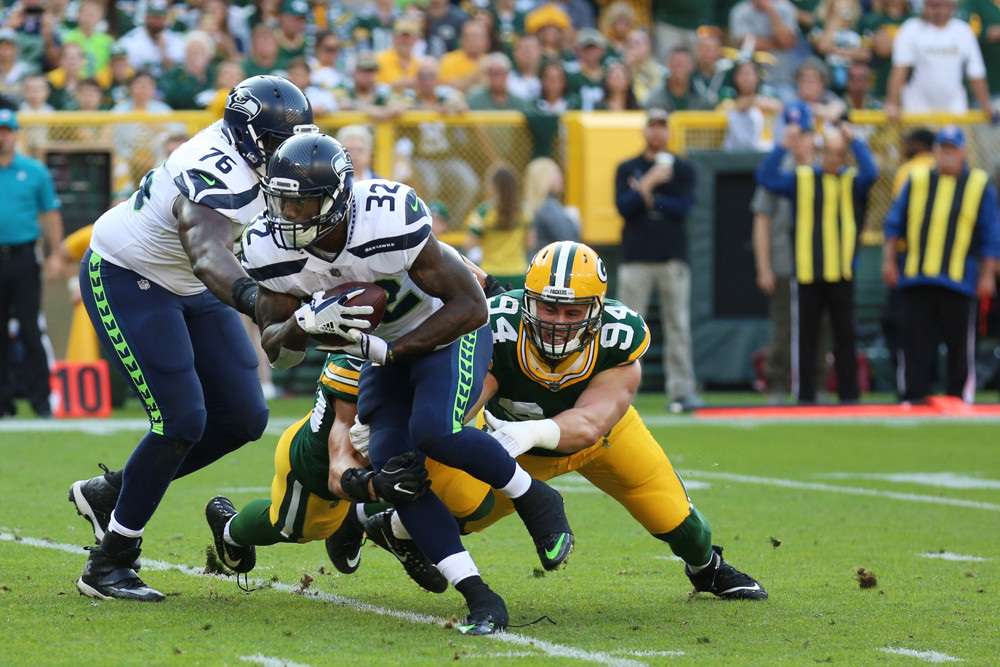 This is the time of the year where you find out just how good your fantasy football team is. Do you have enough depth to handle the bye weeks? There are a ton of injuries as you’ll see below, but Week 9 features six teams on bye. Chances are you’re in the market for a QB and TE this week. There are a few options below along with my Week 9 fantasy football rankings, which will be updated frequently as we hear practice reports. The biggest names to keep an eye on include Melvin Gordon, Dalvin Cook (again), Sony Michel, Allen Robinson and Cooper Kupp.

Ryan Fitzpatrick is back under center this week for the Buccaneers after Jameis Winston threw four interceptions in Week 8. Fitzpatrick leads the NFL in yards per passing attempt (10.76) and seems to make everyone else in this offense better, including DeSean Jackson who had 275 yards with three touchdowns in the first three games of the season. The defense remains awful and the run game isn’t strong which makes for a lot of chucking for Fitzmagic. If you were rocking Carson Wentz, Andy Dalton or Andrew Luck, Fitz makes for a decent replacement.

I’m not sure why so many are down on Chris Carson this week. Carson has 65 carries, one touchdown, and 277 yards in his last three games. Seattle is coming off a bye and Carson has one of the best matchups this week. Detroit has allowed a league-high 5.3 yards per carry and the third-most rushing yards per game. They have given up the sixth-most fantasy points per game to running backs and rank 30th in rush DVOA, according to Football Outsiders.

Chris Carson took advantage of a soft matchup this week and even, though, it gets hard this week…I still like him. Just on pure volume alone as he’s averaging 22.5 carries and 95.5 rushing yards over the last four games. He has five catches and two touchdowns over that span. Don’t sell high, just continue to roll him out. It’s also a plus he leads the team with 12 red zone rushing attempts.

First of all…I’m a sucker for DeVante Parker. Obviously he’s let me and most likely you down in the past. I was impressed last week, but this is more about opportunity than it is skillset. Parker had nine targets and six catches for 134 yards in Week 8, in what was his third game of the season. It makes you wonder why he hasn’t played all season, especially when his agent made it public that Parker has been healthy. If Kenny Stills manages to play this week, I won’t have Parker ranked as high, but Stills missed practice Wednesday and usually a groin injury keeps you sidelined a couple weeks. The Jets have allowed the sixth-most fantasy points per game to wide receivers and the ninth-most yards per game overall.

With six teams on bye and numerous injuries, Tajae Sharpe becomes someone to think about. At least for me he does, in deeper formats that is. Sharpe had nine targets, seven catches and 101 yards in Week 7. The Titans return from the bye and, although, this isn’t a great matchup, I think we will see a similar target share. Taywan Taylor only has four targets, two catches and 21 yards in his last two weeks.

I said Jordan Reed had one week to show me something before I cut ties, and he showed me something. He only had 38 yards and failed to scored a touchdown for the sixth straight game, but he had seven catches on 12 targets. That’s what I was looking for…targets! With Jamison Crowder likely sidelined again, Reed should be able to get a similar amount of volume. At least the matchup is right; ATL has allowed the third most yards, passing yards and points per game.

The New York Jets have lost Quincy Enunwa, Terrelle Pryor and Bilal Powell over the last couple weeks. All pass catchers and they could be without Robby Anderson as well. Chris Herndon has caught six of his nine targets for 98 yards in the past two weeks. He also scored a touchdown in each of those games. Sam Darnold is running out of weapons in the passing game and I don’t expect Rishard Matthews to be a factor this week.

Rishard Matthews should be active this week, but Enunwa is unlikely to return and Anderson could be sidelined again. There a lot of tight ends on bye this week: Zach Ertz, C.J. Uzomah, Evan Engram, Eric Ebron and Jack Doyle. Herndon extended his touchdown streak to three games last week and Miami has allowed five touchdowns to tight ends in their last three games.

Get more Chris Meaney on his new podcast, By Any Means. Each week he’ll bring in guests from around the industry to break down all the fantasy news you need to know for your march to the championship.

Fantrax is one the fastest growing fantasy site in 2018. With multi-team trades, designated commissioner/league managers, and drag/drop easy click methods, Fantrax is sure to excite the serious fantasy sports fan – sign up for a free year at Fantrax.com.