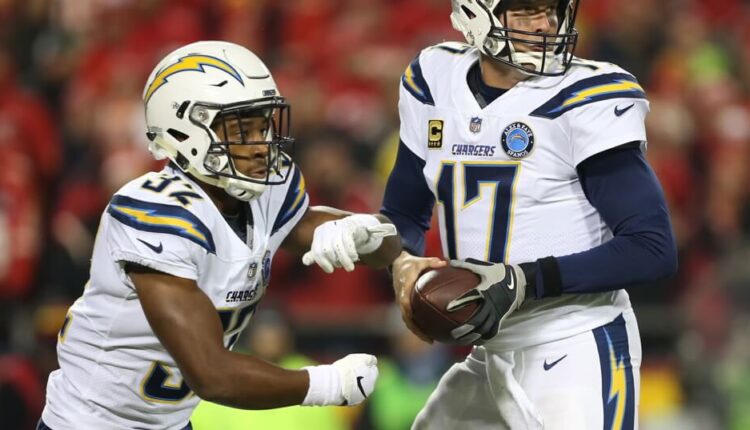 Many elite running backs have disappointed this year. Between Saquon Barkley tearing his ACL, Dak Prescott‘s injury and the Cowboys’ subsequent collapse dragging down Ezekiel Elliott‘s efficiency, and other disappointments, many teams are looking for help at the running back position, so that’s the position we’ll focus on this week. Here are a couple of dynasty buys and sells to target in your leagues, but keep in mind the other team’s current situation when initiating trade talks.

The 49ers’ running back roulette continues to spin. With Raheem Mostert and Jeff Wilson out last week, JaMycal Hasty led the team in carries in their loss to Seattle. Tevin Coleman also re-injured his knee during the game against the Seahawks, which leaves Hasty and Jerick McKinnon for the Thursday night NFC Championship rematch against Green Bay.

With Brandon Aiyuk and Kendrick Bourne both out for this game due to COVID guidelines and Nick Mullens under center, Kyle Shanahan is likely to rely on the run game in their effort to defeat the Packers. Hasty figures to see a lot of work in this matchup, and with Green Bay’s defense ranking 11th worst against the run, he could have a big night. Strong performances in primetime when the majority of the fantasy community is watching is an exceptional recipe for a player to increase his dynasty value, and Hasty might be a quick flip from waiver wire gem to second-round rookie pick.

Even if Mostert returns soon and resumes his role as the lead back in San Francisco, a strong performance against the Packers and perhaps another against the Saints in two weeks could earn Hasty a bigger role for the remainder of the year. And long term, while Mostert is signed through 2021, the 49ers could cut him with less than $500,000 in dead money after this season. It’s a glaring possibility if they decide that they need to retool the roster before they can truly contend and return to the Super Bowl.

Hasty could be the best value in this backfield to the organization. As an exclusive rights free agent, his status would allow San Francisco to lock him up on a one-year league minimum contract in a 2021 season where the salary cap would shrink for once due to less revenue as a result of the pandemic. Whether a dynasty team plans to flip Hasty for profit in the next week or two or holds him for upside for the rest of the season and beyond, Hasty is worth acquiring now for an early third-round rookie pick from teams who believe he’s only a short-term solution at running back.

A collective Twitter thought last Sunday afternoon was “are the Titans really losing to the Bengals right now?” followed quickly by another of “D’Onta Foreman is still in the NFL??”. Foreman was a dynasty darling drafted in the third round of the 2017 NFL Draft by the Texans. A powerful but fluid runner, he flashed as a rookie before suffering a torn Achilles, which ended his season. In 2018, there was optimism that he could take over the lead role in Houston’s backfield ahead of Lamar Miller, but instead, the Texans cut Foreman due to poor work ethic.

Foreman faded away into fantasy obscurity until this past weekend, when he got some work against Cincinnati. He seemed back to full health and was fairly efficient with his limited touches on Sunday, rushing five times for 37 yards. But Jeremy McNichols also gashed a suspect Bengals run defense for 49 yards on just four carries, so Foreman isn’t some sudden must-add in dynasty leagues. In fact, Tennessee has since demoted Foreman back down to the practice squad, perhaps an indicator that rookie Darrynton Evans could be close to returning from injured reserve.

All that being said, Foreman was once a highly-touted dynasty prospect, and it’s very likely that he’s available for free on waivers in many leagues. If he was added earlier this week or has been rostered in deeper leagues, he’s worth a roll of the dice as one of the cheapest dynasty buys with RB1 potential. McNichols and Evans are talented in their own right, but both are smaller change-of-pace backs. If Derrick Henry were to miss any time this year, it could be the 6’1 235 lb. Foreman who steps up and see the most carries in filling Henry’s early-down role. For the low price of a fourth-round rookie pick or less, or maybe even a free agent addition, Foreman could be an unheralded handcuff with league-winning upside.

Kenyan Drake and Mike Evans were the Week 8 dynasty buys recommended. We’ll see whether Chase Edmonds excels against a weak Miami run defense this week, but Drake could still slide back into a volume role once he returns, and it sounds like the team is more optimistic about his high ankle sprain than the initial diagnosis.

We’ll get to see how the target share gets divided between Evans and Antonio Brown this week, but don’t shy away from Evans even if he has a quiet week with Marshon Lattimore likely to shadow him on Sunday night. Brown’s presence could open up this offense and make all the wide receivers more efficient down the stretch, even with Chris Godwin returning to steal away more targets as well.

In an unexpected turn of events, it would appear that Justin Jackson secured the lead role last week in the Chargers’ narrow loss to the Broncos. In that game, Jackson led the team with 17 carries while Troymaine Pope and Joshua Kelley took a backseat, combining for 17 carries to match Jackson’s standalone total. Jackson also saw five targets as a receiver out of the backfield en route to a strong performance with 142 total yards from scrimmage.

It was an impressive outing to be sure, but with Austin Ekeler on the cusp of returning in another couple of weeks, how much upside does Jackson really have? He may be a serviceable flex play against the Raiders and the Dolphins coming up, both of whom are vulnerable against the run, but even that’s uncertain. This backfield continues to evolve, with Pope having recently emerged out of nowhere, and the volume of rushing attempts was high in a game where Denver was getting blown out for much of the day. And though the Chargers seem discouraged by Kelley’s lackluster performance as of late, they’re sure to continue working in their fourth-round draft pick rather than immediately declaring him a bust.

Long-term, Jackson’s best-case scenario is to eventually solidify the no. 2 role in this backfield, which isn’t likely to bear much fantasy value. In the first three games when Ekeler was healthy, he averaged 66 percent of the snaps on offense and led the backfield in rushing attempts and targets, leaving little for the other running backs. Jackson is a pure handcuff, and not even a true handcuff at that, sharing the backfield in a three-headed committee even with Ekeler out. The savvy move would be to sell Jackson for a third-round rookie pick after his big game against the Broncos, and it might even be possible to squeeze out a second-round rookie pick for Jackson if the dynasty team waiting for Ekeler to return is desperate for help at running back.

For teams who have been holding Jordan Wilkins or just added him off waivers, I would look to sell him immediately for any third-round rookie pick. Wilkins has been playing well all year and particularly this past game against Detroit, but he’s not a reliable fantasy option going forward. Wilkins saw 20 carries in the Colts’ first game after their bye, but a large factor was Jonathan Taylor injuring his ankle.

Anyone who thinks Wilkins is going to usurp Taylor for the starting job is probably going to be sorely disappointed. If anything, Wilkins and Nyheim Hines‘s strong performances in Week 8 only serve to further detract from the values of all three Colts running backs, rendering this a muddy committee backfield devoid of any dependable fantasy production. Wilkins will remain involved in the offense, but he’s a far better asset in best ball formats than in standard leagues, as it will be nearly impossible to predict his high-scoring games week to week, if he even has any going forward.

Even as a handcuff to Taylor, Wilkins would be lacking. It would most likely be a split backfield between him and Hines, with both running backs signed on cheap rookie deals through 2021. Selling Wilkins may seem like common sense, but there has been a fair amount of hype on Wilkins over the last few days since his surprise performance in their win over the Lions. It’s extremely implausible that the Colts would abandon their second-round rookie pick so quickly, especially when injury has played a factor. Wilkins might fetch a third-round rookie pick right now from some dynasty GMs, and shrewd teams who added him recently should be selling for profit in a quick turnaround.

Baker Mayfield and Travis Fulgham were the Week 8 dynasty sells recommended. The Browns were on a bye, and if a healthy Nick Chubb returns this week, they could revert back to a more run-heavy offense. Mayfield’s easy schedule coming up makes him a decent hold though if you can’t get fair value for him; his dynasty value could continue to grow over the next few weeks with another big game or two.

As for Fulgham, he still led the team in targets in Week 8 against the Cowboys even with Jalen Reagor and Dallas Goedert back. However, Fulgham saw just one more target than Reagor, and the electric rookie figures to get more involved as he re-acclimates to this offense. The same goes for Goedert and Zach Ertz when he eventually returns as well. Fulgham is playing well and will still be a starter for the Eagles going forward, but his dominant target share and fantasy production over the last few weeks will likely evaporate.

Like Meng’s Week 9 Dynasty Buys and Sells? Check out the rest of our Week 9 Fantasy Football lineup!

Week 9 Flex Rankings: What Can Brown Do For You?