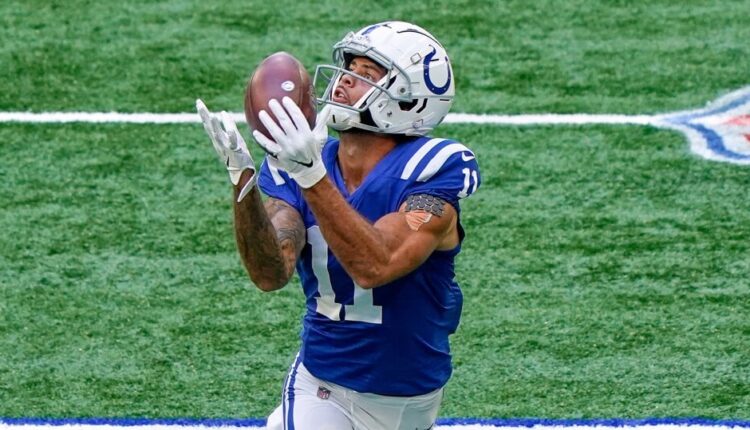 This past week was terrible for injuries with Derrick Henry being the notable one. My Week 9 DFS picks took me longer than usual as players’ salaries have skyrocketed. Matthew Stafford is no longer a bargain deal along with Eli Mitchell.

But lucky for you, I went through all the stress for you in picking the perfect lineup. If you want to be in the money this week, then you better check out these picks below.

Joe Burrow has been one of the top fantasy quarterbacks this season but is still undervalued. This week he has a great matchup against the Browns who are giving up 21.2 fantasy points per game to quarterbacks. The Browns have been banged up and the defense isn’t there. Coming off a loss to the Jets last week, I expect Burrow and Ja’Marr Chase to have a field day against the Browns.

The Raiders have been in the news this week with Henry Ruggs III. But, I don’t see the loss of Ruggs hurting Derek Carr’s production. Ruggs was just a deep ball threat for a touchdown which helped, but now Darren Waller is finally coming back. Ruggs didn’t see a high volume of targets this season and his high was seven. So, those seven targets will go to Renfrow or Zay Jones. Carr has a great matchup against the Giants this week who are giving up 19.2 fantasy points per game to quarterbacks. Coming off a bye week, I expect Carr to go off this week.

Najee Harris is a must-start every week going forward. I don’t care who the matchup is, he is going to get his targets and attempts. Since Week 2, 17 fantasy points is the lowest Harris has scored. This week the Steelers have the Bears, who don’t look like the same Bears defense we know. Last week the Bears gave up 137 yards and a touchdown to Mitchell. I expect Harris to have 150 all-purpose yards and a touchdown this week.

Michael Carter is on the rise, but his value is slowly going up. This is a great week to start him, as you are getting a bargain before he jumps into the $6,000 and $7,000 range. He does have a tough matchup against the Colts. But, sometimes you have to roll with the hot hand. And I think with the emergence of Mike White, Carter will have another 100-yard game.

This is one of the higher-priced running backs this week, but Aaron Rodgers is out with COVID-19 this week. If Rodgers is out then I see the Packers relying on the run a whole lot this week. They also have the luxury of playing the Chiefs who are giving up close to 20 fantasy points a game to running backs. We’ve seen Aaron Jones drop 40 bombs before and he is going to get all the volume this week.

Michael Pittman Jr. is trending up to being a WR1 in lineups this year. He is by far Carson Wentz’s favorite target and T.Y. Hilton will be out with a concussion this week. Pittman will be playing the Jets who are giving up around 21 fantasy points to wide receivers this season. Pittman has been on a tear the last two weeks with a combined three touchdowns and 191 yards. Oh, and did I mention his price this week? $6,000 in DraftKings is a steal in DFS this week.

DeVante Parker is finally back coming off an injury that left him out a few weeks. His price is down since he hasn’t played that much this season. But, when he does play, he sees all the targets. Last week he had 11 targets and before his injury, he had nine targets in Week 4. The Dolphins have the Texans this week who are the sixth-worst fantasy defense against wide receivers. Parker is a must-start this week and is in line for a huge game.

As I mentioned above, Ruggs is no longer with the team. So that means Renfrow is going to get fed the ball the rest of the season. You can make an argument that Bryan Edwards will get the targets, but Renfrow has been the most consistent on the team. He is a PPR monster and the touchdowns will come now. Waller will be double-teamed now so Renfrow will see some easy catches out of the slot.

Evan Engram is not the most consistent tight end, but he is playing the Raiders this week. The Raiders defense against tight ends this season is second worst. Saquon Barkley will be out with COVID-19 this week so the Giants are bound to throw the ball. The Raiders have a high-powered, throw-first offense, so I expect this game to be a shootout.

The Patriots should have an easy day against the Panthers this week. Ever since Week 3, the Panthers have just fallen off. Christian McCaffrey is still hurt and D.J. Moore has dropped off in terms of fantasy. The Patriots are under $5,000 this week, which is a steal in DFS. They will be a top-three defense this week.