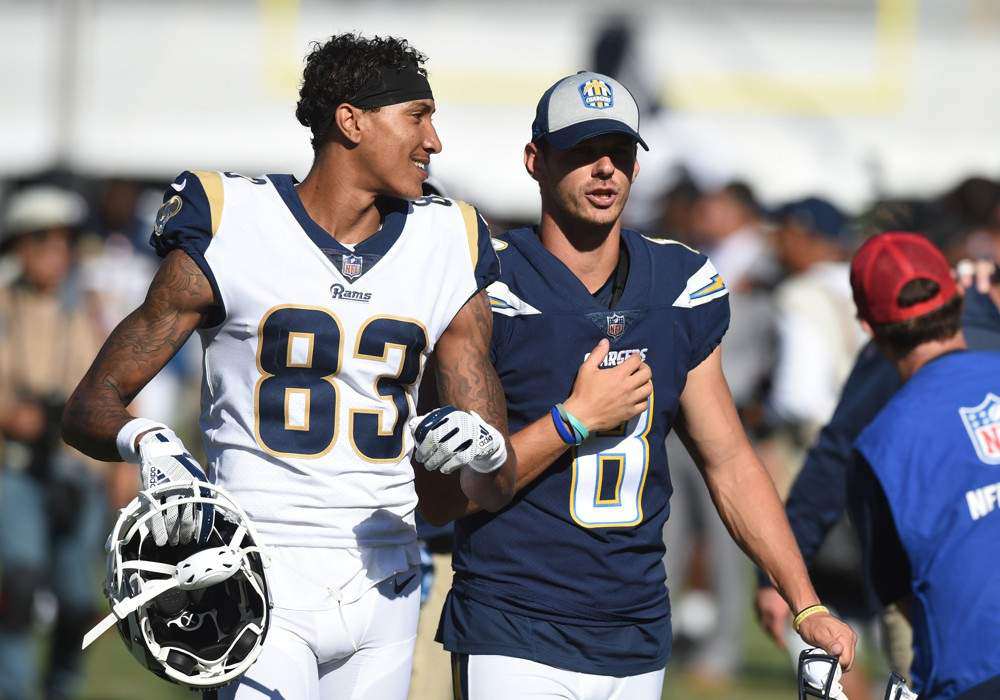 This week’s wide receiver sleepers piece is going to dive deep. There are not a lot of great options at wide receiver on the waiver wire this week.

Rishard Matthews, however, is a name to consider. The Former Titan is now a free agent in the NFL and most Fantasy leagues. Matthews will be visiting the Browns and the Cardinals this week. He is only two years removed from a 945-yard, nine-touchdown season. He is only owned in 13 percent of leagues and could be a sneaky pickup. Matthews is not on this  Week 6 wide receiver sleepers list. But, let’s find out which injuries could have opened up a spot for a young talent on a high-scoring offense.

After his Senior year at Texas A&M when he posted over 1,000 yards and 12 touchdowns, I viewed Josh Reynolds as a Fantasy sleeper last season. The Rams had not yet acquired Sammy Watkins so Robert Woods, Cooper Kupp, and Reynolds were the projected starters.

Reynolds has a tall, slender frame like Robby Anderson. He is not quite as fast but his burst and vertical are better.

The 2017 fourth-round pick played on 55 percent of offensive snaps in Week 5 after both Brandin Cooks and Cooper Kupp went down with concussions. If either are to miss Week 6, Reynolds should see a career-high in snaps.

Reynolds would lineup on the outside, opposite of Woods if either Cooks and Kupp were to miss action. He had two receptions on three targets for 39 yards plus a rush for 10 yards against the Seahawks.

The Rams play the Broncos this week who just gave up two touchdowns to… Robby Anderson. Keep an eye on the Rams injury report, if both Cooks and Kupp are active then Reynolds should be faded. If one or both are out, fire up Reynolds as a flex in 12-team leagues.

Moore played 31 snaps compared to Brandon Marshall’s seven on Sunday. He was able to convert three catches on 38 yards for two touchdowns on four targets.

The rookie out East Central Oklahoma was a seventh-round pick for the Seahawks this year. If you have not heard of him, do not feel bad. The only reason I know about him is because of his SICK college highlight type

Moore’s speed score on Playprofiler.com is in the 88th percentile which makes him elite in that category. This metric is usually implicative that a taller, heavier – otherwise known as bigger- has exceptional speed for his size.

This speed was evident on a 31-yard touchdown where Moore beat Pro-Bowler Marcus Peters. The move gave him a 10-yard cushion on Peters and Moore walked in for a touchdown.

We have seen this Seahawks offense impress for two weeks now.  They play the Raiders who have given up 27.40 Fantasy points per game to wide receivers