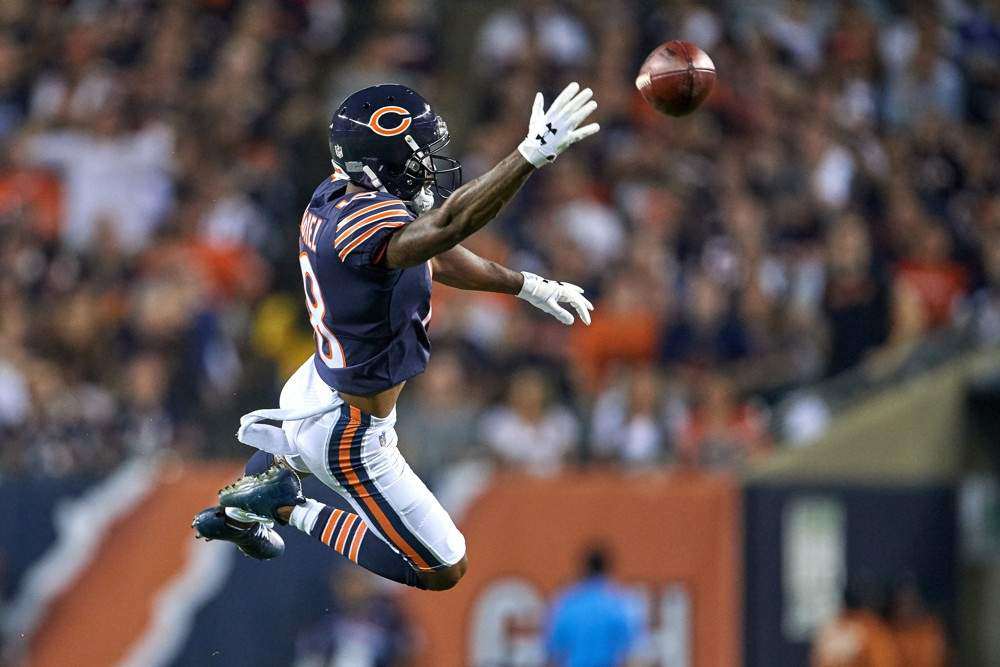 Your Week 5 waiver wire looks awfully similar to the Week 2 waiver wire column; Leonard Fournette is hurt, make sure you have T.J. Yeldon. The Jaguars don’t know how much time Fournette will miss due to a hamstring injury, but it’s sounding like a couple weeks for sure. Fournette is going to be frustrating to own all season and at this point you just have to hope he sits out a couple weeks so he can fully heal.

Just like Yeldon, Nyheim Hines is owned in more than 60 percent of Fantrax leagues, so he doesn’t check in below. Hines scored two touchdowns last week, despite only four carries. He’s not a factor on the ground, but he certainly is part of the passing game. The Colts’ rookie led all backs with 9 catches in Week 4 and scored both his touchdowns through the air. There’s a good chance T.Y. Hilton sits out this week and Marlon Mack has missed three of Indianapolis’ four games this season. Robert Turbin is also returning from a suspension, so it’s a crowded backfield, but with the Colts struggling on defense it’s resulted in a lot of throws from Andrew Luck (second most). Think of Hines almost the same way you think of Tarik Cohen or Austin Ekeler. A fringe Flex start in PPR formats. Indy get New England this week so Luck will be passing. His 22 catches are the fourth most at the running back position and the most on his team.

A week after Chris Carson led all backs in rushing attempts and touches, Mike Davis rattled off 21 carries and 25 touches. Davis filled in for an injured Carson and finished as RB3 in standard formats and RB6 in PPR leagues. Davis totaled 101 rushing yards and 23 through the air. Seattle coach Pete Carroll says Davis earned a spot in the rotation going forward, which likely means a committee between him and Carson when he returns. There’s no update on Carson, but he was reportedly close to playing in Week 4. The big takeaway here is that there really isn’t much use in holding on to rookie Rashaad Penny. Davis is worth an add for depth alone, but he won’t get this kind of usage when Carson returns. We now have an idea of what to expect if Carson misses more time. Carroll has fooled us before, though. Add, but don’t use a high priority.

*If I were a Penny owner, I would make the swap for Ronald Jones if possible. Jones is owned in 67 percent of Fantrax leagues and he outplayed Peyton Barber last week. He had more touches and yards as the Buccaneers enter their bye week. He’ll have two weeks to run with the first-team offense and Jameis Winston. Make sure he’s owned as the rookie now has a chance to prove himself as Barber has not looked great.

In his first NFL game, Keke Coutee led all wideouts with 15 targets and 11 catches. Coutee racked up 109 yards after missing the first three weeks due to a hamstring injury. Now Will Fuller is dealing with a hamstring injury (again), so Coutee needs to be added. Deshaun Watson continues to get better with each game and 60 percent of his targets have gone to DeAndre Hopkins and Fuller. Even if Fuller plays this week, Coutee is worth an add based on upside alone. The Texans have an uptempo, high powered offense and they don’t really throw to the tight end. Coutee provided a solid safety valve for Watson last week, with a few slats and bubble screens. He’s probably more suitable for PPR formats, but he’s explosive in open space. Fuller is also not the most reliable guy.

Taywan Taylor was picked up in most competitive leagues when Rishard Matthews was released by Tennessee on Friday. He was impressive in Week 4 with nine targets, seven catches and 77 yards. His targets, catches and yards were all good for second on the team at the WR position. Dion Lewis hauled in all nine of his targets and has been the second option for Marcus Mariota behind Corey Davis. With Delanie Walker sidelined and Matthews gone, Taylor’s stock rises big time. Tennessee doesn’t have a high ceiling on offense, but you can’t ignore volume.

As mentioned earlier, T.Y. Hilton will likely miss this Thursday’s game against the Patriots so there will be a lot of targets to go around. The lack of run game and defense has resulted in 186 passing attempts for Luck. Ryan Grant should be owned as his 18 catches and 188 yards rank second on his team at WR and Rogers should be thought about in deeper formats. It’s tough to feel great about starting either of these two this week as there are only two teams on bye. In deeper formats sure, but Luck will likely continue to spread things around. As for Zach Pascal, I wouldn’t count on him repeating his line from Week 4 (10 targets, six catches, 56 yards and a touchdown). Keep an eye on this offense, though, because Luck will be chucking. If I were thin at wideout I would grab Rogers.

Taylor Gabriel finished Week 4 with seven catches, 104 yards and two touchdowns which was good enough for a fifth place finish at the position. His seven catches were tied with Cohen for the most on the team and his seven targets were the most at WR. Gabriel leads the Bears with 29 targets, 22 catches and two touchdowns. Anthony Miller missed last week’s game with a shoulder injury and he could be sidelined for a couple more games. Gabriel won’t score a lot of touchdowns this season, but for now he looks to be a big part of this offense. Chicago is also on a bye this week, so think of Gabriel as a free pick up if you need some depth in deeper leagues.

It was a rough week for tight ends as we lost O.J. Howard for two-to-four weeks, Tyler Eifert for the season, Rob Gronkowski left this past Sunday due to an ankle injury and Will Dissly is done for the season. Brate has 14 touchdowns in his last two seasons and he’s scored in back-to-back games. Brate was starting to disappear in Howard’s shadow, but now he has an opportunity. Tampa Bay is on a bye this week, so you may be able to get him for free. It’s not a strong long term play, but with all the TE’s sidelined, Brate will be a Top 12 TE for me Week 6 at Atlanta. Jamies Winston has always favored Brate more than Ryan Fitzpatrick and he’s been a target of his in the red zone.

A shoutout to Tyler Kroft who should get more play with Tyler Eifert sidelined for the season.

Kroft isn’t an immediate add as C.J. Uzomah will likely find himself more involved as well. It’s worth monitoring Kroft’s usage going forward, though, as there isn’t a lot to offer at the TE position and he was a red zone target for Andy Dalton last season.

Also, Jeff Heuerman who Mike Omelan and I talked about in last week’s episode of By Any Means Necessary. Heuerman had a team-high seven targets and 57 yards Monday night against the Chiefs. His four catches were tied for the second most on the team.

There are a lot of mouths to feed in Baltimore, but Willie Snead is on my radar in deeper leagues. Snead is worthy of a roster spot in 14 and 16-team leagues. He’ll likely remain the third option in the passing game, but he’s starting to out produce Michael Crabtree. In fact he has more yards and just as many catches as Crabtree. Snead has at least five targets in every game, four catches in three of four, and at least 49 yards in three of four games.

Like these Week 5 Waiver Wire adds? Get more Chris Meaney on his new podcast, By Any Means. Each week he’ll bring in guests from around the industry to break down all the fantasy news you need to know for your march to the championship.