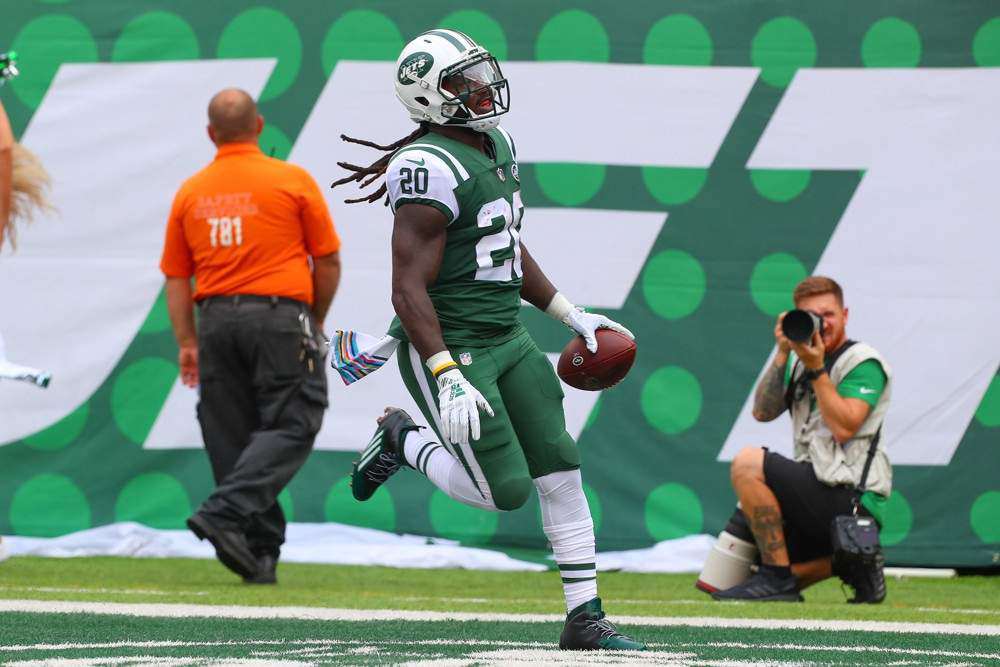 Life in the NFL moves fast. So fast, in fact , that if you’re not careful you could easily miss the fleeting moments of clarity that can make or break a lineup decision or trade for you. In these instances its often useful to understand the context around situations that impact the box scores digested by  casual fans. In this manner, we can make more informed decisions moving forward. Lets dive into what was fact and what was fiction in our Week 5 review.

Narrative: Crowell is currently RB8 and can comfortably be relied upon as a low end RB1 to a high end RB2.

Crowell had a good game against the Broncos on Sunday but there are a few mitigating factors to consider. Crowell has had more than just this one good game in white and green this year but hasn’t taken control of his backfield.

The touch split between he and his running mate, Bilal Powell, this past weekend was actually 16-20 in favor of Powell and that is a situation that isn’t likely to change. The Jets offensive line also isn’t a factor in favor of massive exposure to Crowell. According to Football Outsiders, the Jets average only 3.51 adjusted line yards per rush (30th in the NFL). The Broncos defense that was bested also only ranks middle of the pack in terms of team DVOA and ranks 19th against the rush. Even after his performance Crowell should not be considered anything more than a TD dependent late RB2-RB3 performer on a week to week basis. Don’t overspend for him.

Narrative: Jones has all the skills to be a top end fantasy producer and resides on an offense likely to present him with many red zone opportunities.

The story of Aaron Jones is maddening. There isn’t one advanced metric in favor of Jamaal Williams ahead of Jones when it comes to yards created, explosive run percentage, miss tackles forced, yards per carry, yards after contact, etc. But it simply doesn’t matter. HC Mike McCarthy’s insistence on using all three Green Bay backs in an RBBC is here to stay even in the face of loss after loss due to GBs poor defense and inability to make the on-schedule play. Rodgers has voiced his frustration, the results have been laid bare when it comes to what to expect from this type of process and still here we are. Fantasy owners should continue to hold Jones in hopes of a shift in philosophy down the line but he cannot be viewed as anything more than a speculative flex play for the foreseeable future.

Narrative: James Conner is an every week set and forget RB1.

Whoever has manned the primary running back role for the Pittsburgh Steelers over the past five seasons has seen a monstrous 78% of available rushing opportunities for that team. Most of the passes to RBs in that backfield are also to the same guy. For this reason, it s clear that James Conner’s stay in the top tier of RBs may not be as fleeting as was originally thought. Conner has been pretty good in his own right as he’s ranked third leaguewide in breakaway runs and 12th in evaded tackles but most of his production is a function of his incredible usage. I expect the entirety of this workload to shift back in favor of Bell if/when he returns for Pittsburgh’s week 8 game. But when Bell leaves for good at the end of the season Conner is a guy you will want for the long haul in this offense. In terms of what happened this past weekend for Conner I think it should be taken with a grain of salt as Atlanta is currently down two starting safeties and a linebacker. In 2018, the Falcons have ranked 30th against the run.