Week 5 Rankings: Getting Sick on the Quarterback Carousel 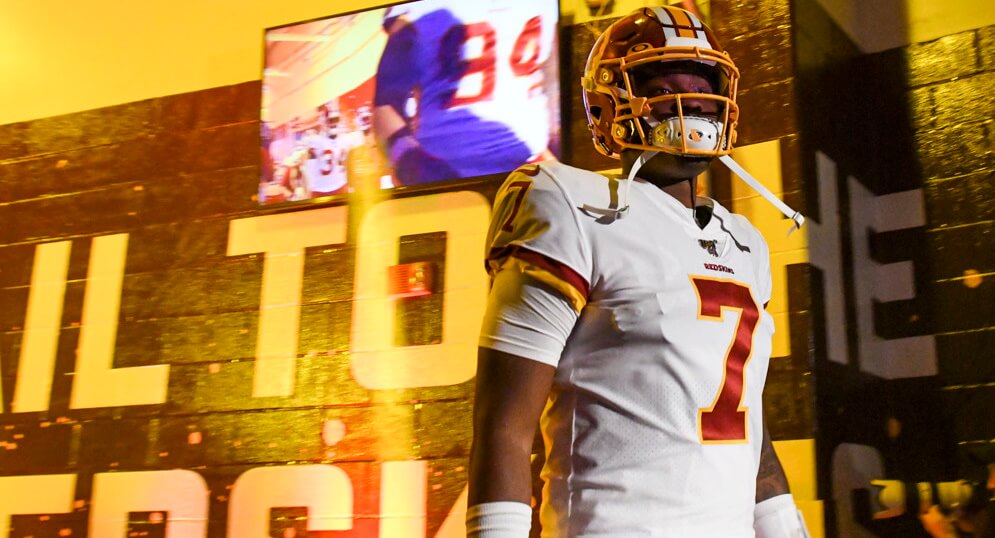 It was another rough week for several quarterbacks around the NFL. There were plenty of injuries and poor performances which may lead to a few more changes as we head into the second quarter of the season. This constant turnover at the sport’s most important position has made things quite difficult for fantasy owners. 47 different quarterbacks have already thrown a pass in 2019. With so much uncertainty surrounding several signal-callers, it leaves the Week 5 rankings in a state of flux. I will update these rankings later in the week, but for now, here are some of the situations to pay attention to as the week progresses.

In Chicago, Mitch Trubisky was injured on the first drive of the game. The Bears barely missed a beat, as Chase Daniel led them to victory. Trubisky’s MRI revealed a dislocated shoulder and a slight labrum tear. Odds are that Daniel will be under center come Sunday. If that is indeed the case, Daniel has an elite matchup against the Oakland Raiders. Oakland has forced just one interception thus far and quarterbacks are averaging more than eight yards per attempt. If you need to pick up a spot starter for this week, Chase Daniel would be my recommendation. Daniel finished as the QB20 last week, which seems like a safe projection for him this week. He may not finish as a top-12 quarterback, but he will provide solid production. I have him at QB19 in my Week 5 rankings.

For help getting ready for NFL Week 5, check out our Week 5 Waiver Wire Recommendations and our Week 5 FAAB Guide.

Josh Allen suffered a concussion late in Buffalo’s loss to New England last week. As of this writing, Allen remains in the concussion protocol. A matchup in Tennessee to face the Titans looms. The Titans have been a bottom-10 matchup for opposing quarterbacks so far this year. They have given up just six passing scores through four games and allow just under seven yards per attempt. Even if Allen clears protocol in time for this game, he will only be a QB2. If Matt Barkley were to get the start, he would only be a desperation play in SuperFlex leagues.

Sam Darnold has been cleared for non-contact drills but is still seemingly a long shot to suit up on Sunday. It’s too bad because the Eagles have been among the most generous pass defenses in the NFL. Philadelphia has given up 330.8 passing yards per game, and three of the four quarterbacks they have faced have finished as top-nine fantasy quarterbacks. However, given the layoff and the problems the Jets have had on offense, Darnold would be nothing more than a backend QB2. If Luke Falk gets the nod, he will be a bottom-five option despite the favorable matchup.

No Skin in This Game

Finally, we have the situation in Washington, where three potential starters enter the fray. Jay Gruden benched Case Keenum last week following an abysmal showing against the Giants. Rookie Dwayne Haskins relieved Keenum but did not fare any better. Haskins threw three interceptions in just 17 pass attempts. Neither he nor Keenum finished among the top 30 fantasy quarterbacks last week. Keep in mind that only 30 teams played in Week 4. Colt McCoy may also be in the mix, as his recovery from a broken leg is nearly complete. Regardless of who gets the start, they will not be a recommended option against New England. The Patriots have yet to allow an opposing quarterback to score at least 10 fantasy points. You would have to be mighty desperate to consider any of Washington’s quarterbacks this week.

Got a beef with Mick’s Week 5 Rankings? Let him hear it in the comments below!