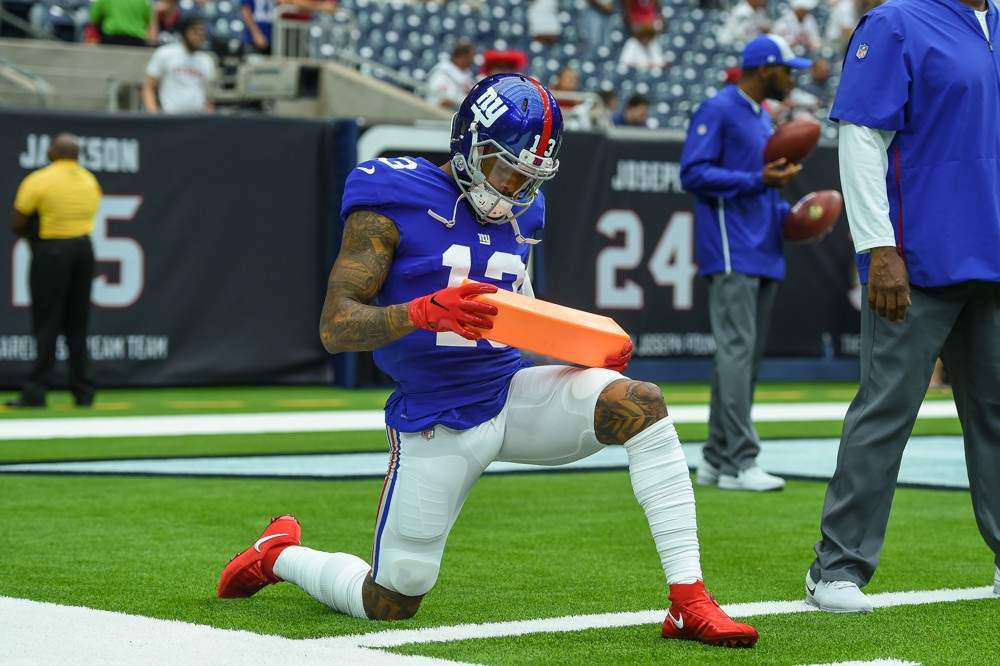 The Saints are back to their old ways while Mark Ingram serves his four-game suspension. The concentrated, high-powered offense is spearheaded by veteran Drew Brees who comes in as the No. 1 quarterback in my Week 4 Rankings.

Michael Thomas set a record last week for the most receptions in the first three weeks of the season (38) so naturally, he is my WR2 going into Week 4. The wide receiver ahead of him? Odell Beckam Jr.

OBJ has had a quiet start to the season by his standards. Although he has averaged 6.6 receptions and 93 yards, Beckham is the WR30 overall in .5 PPR leagues. This does not really demonstrate how good he has been as Beckham managed to catch nine passes for 111 yards against Jalen Ramsy and the Jaguars in Week 1.

I had the fourth and fifth overall picks respectively in my two main home leagues about a month ago. In both leagues, I had a chance to draft Alvin Kamara.

This might be my biggest regret of draft day since Kamara is the RB1 overall and the top running back in my Week 4 Rankings. Kamara has had 30 receptions in the first three weeks to compare to Thomas’ record-breaking 38.

Kamara is truly the poster boy for the new generation of running backs in the NFL that produce the majority of their yards through the air. His talent after the catch is what makes him stand out above the rest and with Brees and the Saints, Kamara’s touchdown upside is always there.

My Week 4 Rankings feature Case Keenum making an appearance in the Top 10. Emmanual Sanders is my WR6. The Broncos host the Chiefs on Monday Night Football which should make for a juicy matchup.

Sanders should continue to achieve WR1 status in what looks to be one of the most productive seasons of his career.

Check out my Week 4 Rankings and do not forget to follow me on Twitter @FFProfessorST3. Compare my rankings to others on Fantasypros!