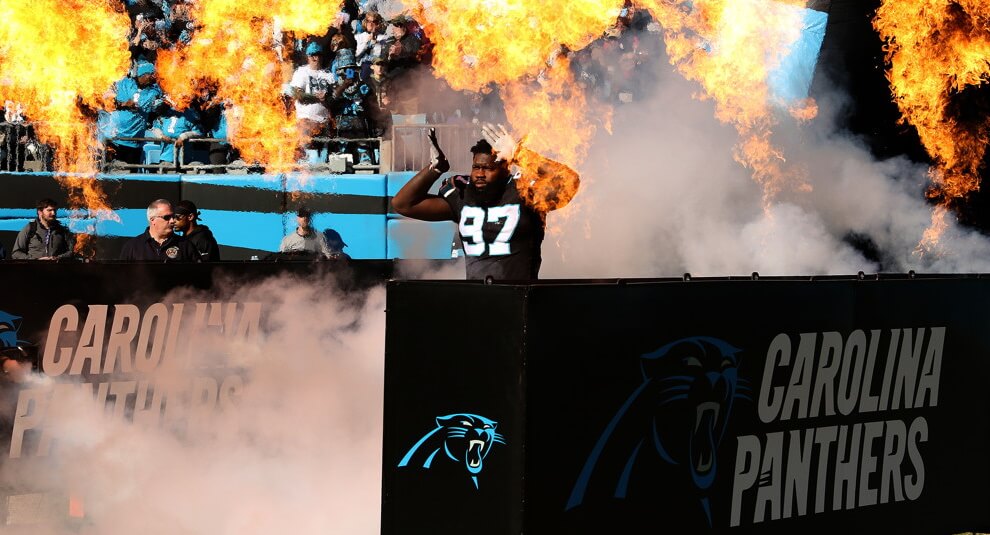 The bye weeks have returned, but so has Gary Davenport. Here are his favorite Week 4 IDP Sleepers.

The archenemy of fantasy football owners far and wide has finally arrived. It is an enemy that cannot be avoided, outlasted or reasoned with. The only course of action is to prepare as best as you can and hope to survive them.

It’s the first of the bye weeks across the National Football League.

Granted, Week 4 is a light week where byes are concerned. Only two teams won’t be playing –the New York Jets and San Francisco 49ers. But even just two teams taking the week off can leave sizable holes in IDP lineups—on the defensive line Nick Bosa (49ers) and DeForest Buckner (49ers) will be out. So will linebackers Fred Warner (49ers), Kwon Alexander (49ers) and C.J. Mosley (Jets). And defensive backs Jamal Adams (Jets) and Jaquiski Tartt (49ers).

In other words, before the calendar has even hit the month of October, many IDP teams are already springing leaks.

The Week 4 IDP sleepers listed here (all of which are owned in 20 percent or less of the IDP leagues at Fantrax) might not be season-savers or long-term fixes. But they’ll keep the boat afloat for one more week.

Sometimes, the best you can do is live to fight another day.

The Houston Texans aren’t exactly known for having a stout offensive front. Houston led the NFL with 62 sacks allowed a year ago, and despite the addition of left tackle Laremy Tunsil the Texans are actually on pace to allow even more in 2019. Houston head coach Bill O’Brien told Aaron Wilson of the Houston Chronicle he knows the Texans will have their hands full with a Carolina pass rush that just got to Kyler Murray eight times in Week 2.

“These guys, it’s a big challenge up front,” Texans coach Bill O’Brien said. “Gerald McCoy, everybody knows what he can do. He’s a real problem inside. (Kawann) Short, he’s been injured. If he’s back in there, he’s a load inside. Shaq Thompson is a really good linebacker. (Brian) Burns has really good athleticism off the edge. They’ve got (Mario) Addison. They’ve got a lot of guys who can play. It’s a big challenge for us.”

After logging three of those eight sacks last week, it’s Addison who leads the team at the three-game mark. The veteran might not be Carolina’s most athletic edge-rusher, but he’s their most consistent—the 32-year-old has 33 sacks dating back to the beginning of the 2016 season.

Since piling up 12.5 sacks for the Arizona Cardinals, Golden has fallen off the map—largely because of an ACL tear the following year. But as Brittany Sirabella wrote for Empire Sports Media, now that Golden is healthy again and reunited with defensive coordinator James Bettcher the 28-year-old appears to have rediscovered his groove.

“Golden has shown that he is a competitor in the past, but in Sunday’s game he truly proved it,” she said.  “Golden had two sacks and five tackles against the Tampa Bay Buccaneers.  This motivated the team and really gave them the confidence that they could pull off a win. Golden played four seasons with the Arizona Cardinals and proved to be an asset on their defense.  He brought his ferocity and drive with him to the New York Giants as he showed yesterday.  Golden gave the defense some morale.”

That Golden had two sacks last week and has already surpassed his 2018 total is good. That he has dual eligibility as a defensive lineman and linebacker at Fantrax is better. But it’s the home matchup with a Washington Redskins team that had all kinds of problems protecting Case Keenum last week that’s best of all.

Now in his seventh NFL season (and on his sixth NFL team), Bostic has been tasked with making the defensive play-calls for Washington in 2019. As Sam Fortier reported for the Washington Post, it’s a role that Bostic relishes, while simultaneously allowing that there have been instances this season when the defense has been caught out of position.

“I tell guys all the time, just shut up and put your ears on,” Bostic said. “I’m going to tell you what’s coming. I’m going to tell you how they’re going to attack us. Just listen to me. Even if I’m wrong on a call, I’m loud and wrong. [Then] we’re all on the same page, so technically we’re all right. So, it really doesn’t matter.”

Being caught out of position is part of the reason that Bostic’s racked up so many frequent flyer miles over his NFL career, his numbers haven’t been great this year and the Giants aren’t the best IDP matchup. But Bostic is also a three-down inside linebacker coming off his best game of the year who played every defensive snap against the Chicago Bears last Monday night.

When Alec Ogletree went down last week with a hamstring pull, it was Connelly who slid over to Ogletree’s inside linebacker spot and made the defensive play calls. After the Giants emerged with their first win of the 2019 season, veteran safety Antoine Bethea told Paul Schwartz of New York Post that he’s been impressed by the young linebacker.

“I like Ryan,’’ Bethea said. “Since Ryan has come in, he’s shown that he is a very intelligent player, good player. Downhill, makes plays. I think with him moving when Tree went down, I don’t think there was really any fall off.’’

Connelly, who was a fifth-round pick of the Giants in this year’s draft, finished the win over the Buccaneers with seven total tackles and his first career interception. With Ogletree looking very iffy to play in Week 4 against the Redskins, Connelly could be pressed into service in a highly prominent role defensively against a Redskins team that has surrendered a few meaty stat lines to linebackers in 2019.

Hyde’s a veteran safety with something of a track record of producing in IDP leagues, but he was invisible over the first two weeks of the season. That changed in Week 3, when the 28-year-old was a big part of Buffalo’s win over the Cincinnati Bengals. Hyde told the Adam Schefter Podcast (via Bills Wire) that he’s looking forward to a raucous atmosphere for Sunday’s huge showdown between the 3-0 Bills and 3-0 Patriots.

“Our home opener was last Sunday, and they were yelling the entire game,” Hyde said. “I challenged them, too, early in the week, which might be a little scary. I don’t know if the police officers in Buffalo were too excited about me challenging Bills Mafia to get a little wilder, but hey, I’m going to do it again, because on first, second, and third down, they were really yelling, screaming. It’s a huge weapon for us. In the outside world, it’s Patriots week, so they’ll bring a little more juice for sure.”

Hyde finished last week’s game with six total tackles and a forced fumble, and the hope is he’ll be able to better those numbers in Week 4. After all, no team in the NFL has allowed more fantasy points to defensive backs to this point in the 2019 season than the high-flying Patriots.

The Atlanta Falcons will host the Tennessee Titans this week without Keanu Neal in the lineup after Neal tore his Achilles last week. Per D. Orlando Ledbetter of the Atlanta Journal-Constitution, Titans head coach Mike Vrabel doesn’t envy Dan Quinn trying to replace a player of Neal’s caliber.

“He’s a very good player,” Vrabel said of Neal. “Very instinctive and reactive. Good blitzer. He covered. That’s always a challenge that teams face is trying to replace somebody that does a lot of things for you. He did a lot of different things for them. Communication, alignments, production and leadership. Those are a lot of things to replace. He is a good player.”

It’s Ishmael who entered in Neal’s stead last week against the Colts, and the seventh-year veteran will get the first crack at doing so Sunday in Mercedes-Benz Stadium. Ishmael’s deficiencies in coverage may get him pulled in some subpackages, but he’s an excellent tackler whose skillset matches well with what Tennessee does offensively.

Got a few IDP sleepers of your own? Let us know about them in the comments below. You don’t get to say, “I told you so,” if you don’t tell us so. In the meantime, you’ll also want to check out Michael Florio’s Week 4 Rankings and Scott Engel’s ROS Rankings.