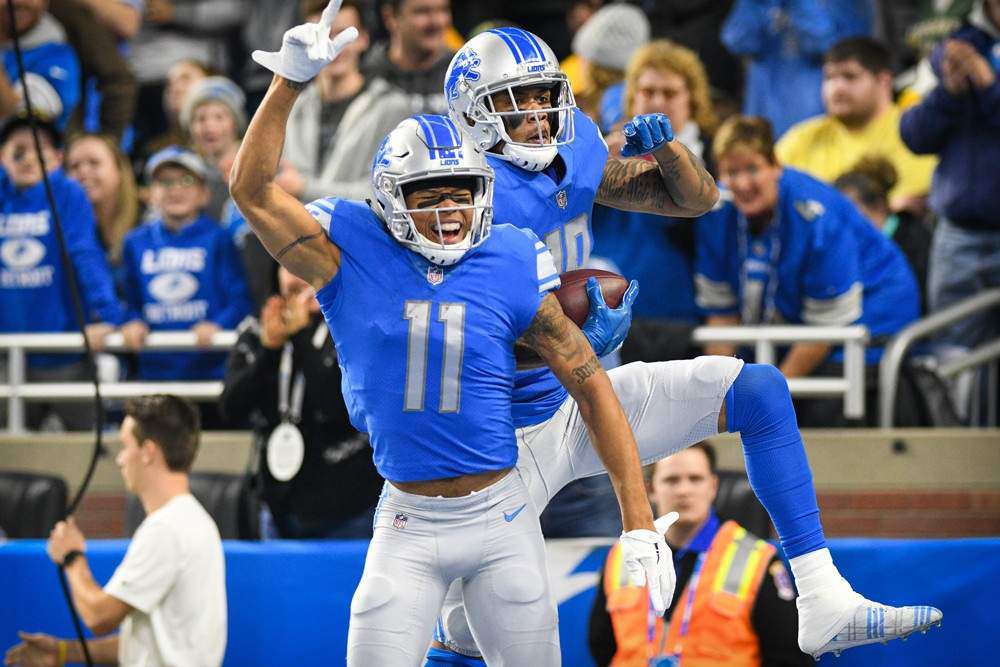 Week 3 Fantasy Football was strange to say the least. Alex Smith, Adrian Peterson, and Vernon Davis led the Redskins to a victory over Aaron Rodgers and the Packers (who are now 1-1-1 on the season). If the Steelers win on Monday Night against the Buccaneers, we will have four teams with a 1-1-1 record (Browns, Packers, Vikings, and Steelers), which has to be the first time for such an occurrence.

After Thursday night’s victory, the Browns became the 14th team in NFL history to have such a record. After Sunday- The Vikings and the Packers joined them in the lure of the mediocre effort after three weeks.

With such an abnormal Week of football, there were some outcomes that could not have been projected by even the savviest of Fantasy Football competitors. That is why we have to highlight a few winners and losers from Week 3.

Ahead, you will read about players that can be trusted moving forward, regardless of a new scenario that the season has bestowed upon us.

Trust your eyes. Trust the stat sheet. And trust that the Week 3 Winners in this piece will be able to sustain Fantasy success amongst the recent uncertainty.

That “Babytron” nickname is starting to sound kind of catchy. The second-year wide receiver for the Lions, Golladay has now scored a touchdown in two straight games.

Golladay is a star in the making and has possessed the dominant traits a WR1 generally exhibits since he was drafted. The former third-round pick out of Northern Illinois first captured the attention of many after an impressive preseason in 2017.

He proved his worth in Week 1 of 2017 in his very first pro outing, when he scored two touchdowns on only four catches; however, he never came close to another such performance the rest of the year.

Golladay has now caught at least six passes in each of the first three games. He has out-targeted Marvin Jones (last year’s WR9 overall) 28 to 23.

After Sunday Night’s six receptions for 56 yards and a touchdown, Kenny Golladay looks like he has the volume and the talent to be a league-winner. Golladay is a Week 3 Winner and he should be added or traded for if at all possible.

Last week, Sammy Watkins reminded me of the kid who hangs out with the popular group at school but is not invited to the birthday party. In a game that saw Patrick Mahomes throw six touchdown passes, Watkins was unable to find the end zone.

Despite achieving 134 all-purpose yards, Watkins was left out of all the fun last week. However, this week Watkins was able to bulldoze his way in for a score on a slant route from the 10-yard line against the 49ers.

Last season, Watkins had a career-high in touchdowns with eight for the Rams. He was primarily used in the red zone and ended the year with 39 catches for 593 yards. An absurd number for such a talented wideout.

The opportunity Watkins has along with the conscious effort form Head Coach Andy Reid to get him the ball makes Watkins a Winner in Fantasy Football for Week 3. He is somebody you can flex with confidence moving forward, especially if the matchup is favorable.

After an 11-carry, four-reception, 70-yard day last week with a successful trip to paydirt, Kenyan Drake laid a dud in Week 3.

His five carries for three yards is disappointing, to say the least, against a poor Oakland Raiders defense. What is more troubling for Drake owners is that this game seemed Fantasy friendly for Drake on paper.

The game script played out seeing the Dolphins ahead for the majority of the ball game. The offense that is being run is far from traditional as it features players like Albert Wilson who threw a touchdown pass and ran for a long score as well.

Drake was outpaced by Frank Gore by one carry. The veteran and future Hall of Famer was also used in the passing game which takes away from any hope that this could be Drake’s exclusive wheelhouse.

The Dolphins are 3-0 and have scored touchdowns and won games in a variety of ways. It is tough to predict Drake’s volume can satisfy anything more than a flex-play, even though his talent makes him a potential RB1 any given week.

Where hopeful drafters took him as a sure thing, it seems Drake’s usage in 2018 will be too sporadic to count on in Fantasy Football

In the Summer, it was uncertain if Anderson would be able to play after an altercation with a police officer put him in the tabloids for all the wrong reasons. After that seemed to clear up, the third-year wideout was a favorite late-round pick in Fantasy Football drafts.

One factor that was not considered among the Robby Anderson truthers out there was the change at the quarterback. Josh McCown, who provided Anderson with 63 receptions, 941 yards, and seven touchdowns in 2017, was replaced in the starting lineup by rookie Sam Darnold.

Although Anderson caught a touchdown in Week 1, it was his sole catch of the day. This was a warning sign as the volume and opportunity were not there. He has a total of six catches in three games and has accumulated only five receptions for 49 yards in his last two contests.

Anderson is a loser in Week 3 fantasy football because it seems that Quincy Enunwa, Jermaine Kearse, and Bilal Powell are all preferred targets.

A WR2 last season, it will be difficult for him to overcome the obstacles of being the third or fourth option on a poor offensive unit. Consider Anderson more “bust” than “boom” in any given matchup.