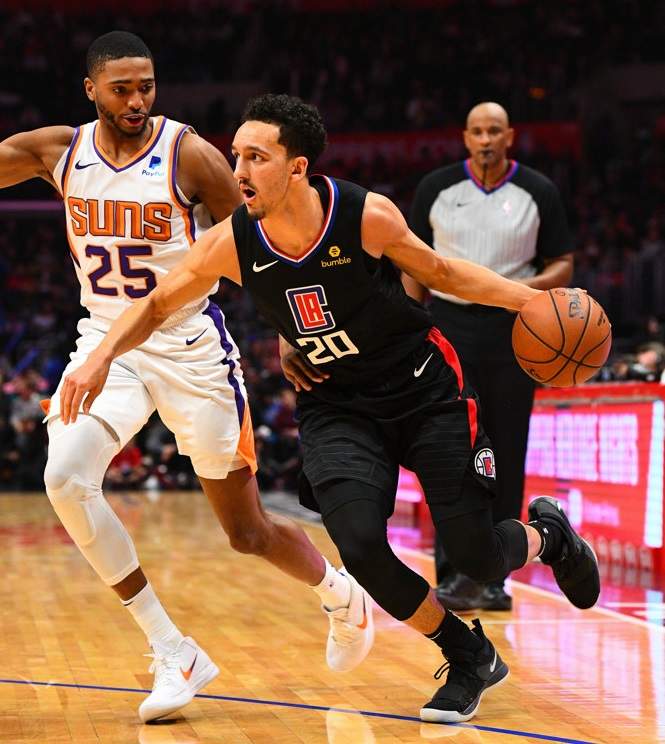 The fantasy basketball playoffs are finally here! For those who made it, congratulations. But it’s do or die in the playoffs, and anything can happen from here on out. I’m here to help you pull an upset, cruise along and notch an opening round win in your playoff run. This week’s waiver wire rankings feature a couple of players making an impact for playoff-hopeful teams and a couple of guys that are thriving under new roles. I’ve also got a couple of players who could be a big-time fantasy playoff contributors player shutdowns in play.

RoLo is still killing it for the Bulls. If your fantasy squad is lacking FG% look no further than Lopez. He’s shooting 61% from the floor and dropping 16.2 points. Lopez is also grabbing 5.4 boards and swatting 1.7 shots per game. His rebounding has been better as of late, he’s averaging 8 per game over his last five contests. RoLo has absolutely no one vying for his minutes down the stretch, so he’s got the center spot virtually locked up for 32-40 minutes per game. If you need a big, Lopez can end up being a huge contributor for the fantasy playoffs.

Kennard has been flat out awesome since the trade deadline. In 11 games, he’s dropping 15.4 points and 3 threes on nearly 52% shooting and chipping in a modest 2.8 rebounds and 2.5 assists per. Since then the Pistons are 9-2. His bump in minutes and the re-insertion of his teammate, who also made the week’s rankings, are a key part to Detroit’s recent success. The Pistons are trying to lock up a playoff spot and Kennard is one of their best shooters. His role should be safe to close out the regular season and he’ll be a solid contributor in the fantasy playoffs.

Wright is currently riding a nice three-game streak averaging 17.7 points, 5.7 boards 4 assists and 1.3 steals on 47.5% shooting. Mike Conley has been on fire as of late and Wright has benefited from playing alongside him. The Grizzlies have performed well with both Wright and Conley on the court together, grabbing a couple of wins against Portland and Utah. Wright’s role looks safe for the rest of the season and has big minute potential if the Grizzlies decide to shut Conley down for the year. He could be a real asset in the fantasy playoffs.

Kurucs finds himself back in the waiver wire rankings following a stellar three-game stretch. He’s averaging 13.3 points, 6.7 boards and 2.3 threes on 50% shooting in just under 27 minutes per game. Kurucs was the starting PF in the Nets’ last two games, and coach Atkinson mentioned that role may be his to lose. Kurucs looks locked in for 25+ minutes nightly to close out the season. He offers three-point shooting, boards, and some defensive upside, as demonstrated by his 3-block game against Cleveland.

After being inactive for a good chunk of the season, Smith is getting some run as of late. He’s averaging just under 23 minutes per game in his last seven and is contributing at a high rate. Over that span, he’s chipping in 11.3 points, 3.9 boards, and 5.9 assists on nearly 60% shooting. Reggie Jackson’s minutes have taken a bit of a tumble as of late, and Ish’s play is a reason in that. Jackson played a season-low 19:53 against Minnesota and followed it up with a 22:47-minute outing in Chicago. Detroit is 9-2 since Ish Smith made a consistent return to the lineup. If the Pistons want to lock in a playoff spot, there’s a good chance Ish sees a lot of play.

Shamet has been heating up, posting top 125 numbers this past week. His role in LA is safe as his minutes haven’t dipped below the 22-minute mark as a Clipper. Shamet is a great source for threes and his upside was on display against the Knicks when he knocked down 7 threes en route to a career-high 21 points. It’s hard to count on Shamet to contribute more than his 2.9 threes per game as a Clipper, but he’s a great stash for dynasty leagues moving forward. Like most shooters, Shamet will have hot and cold stretches. He’s riding a hot streak now, so Shamet is someone to look at for the time being.

Frank the tank makes his appearance to the waiver wire rankings. Kaminsky hasn’t gotten much of an opportunity this year after seeing his minutes cut in half from last year. But he’s had a nice little stretch of playing time this past week and made the most of it. He’s averaging 14.3 points, 6.5 rebounds and 1.8 threes on nearly 54% shooting in his last four. 22.5 minutes per game is encouraging, but is this something we can expect to close out the year? Ride Kaminsky for however long this stint lasts, he’s playing well.

Figuring out the Pelicans rotation from here on out is one of the great mysteries in the NBA this year. Diallo will have on and off nights until Davis is officially shut down. The upside, however, is tremendous. Diallo is extremely efficient when given minutes. If he starts seeing 20+, he’ll be an absolute must-own able to put up 15-10 nightly. Diallo can also add some steals and blocks to his fantasy repertoire. It’s hard to rely on him now though, with Davis still in the fold and Jahlil Okafor still in the mix.

Scott has some value as the regular season comes to a close. The big man was given more responsibility in his last seven games, where he’s averaging just over 27 minutes per game. Scott has scoring upside and one of Philadelphia’s best shooters. He’s nailing 3 threes per game at a near 50% rate. Acting as Tobias Harris’ counterpart, Scott’s minutes should remain in the high 20’s to close out the year. He’s a prime addition for teams looking to shore up on threes ahead of the fantasy playoffs.

Giles had a nice three game streak going averaging 16.7 points 6.3 boards and 2 assists before coming back down to earth. Unfortunately, he’s averaging 16.5 minutes per game over the last month. Meaning that he’d have to continue to be incredibly efficient to be a worthwhile fantasy asset heading into the playoffs. Giles will be a name to keep an eye on this offseason if things shake up in Sactown. But for now, unless someone gets hurt, Giles is much more of a dynasty stash than a viable option in the fantasy playoffs.