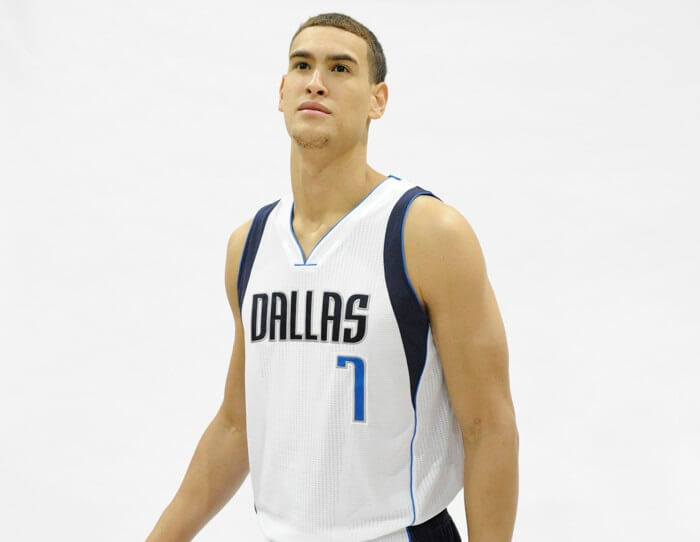 With week 21 of the fantasy basketball season on the horizon, it’s time to shore up your rosters ahead of the playoffs. This week, there are a couple of blasts from the past making an impact late in the season. This week’s waiver wire also includes a couple of players finally adjusting to their roles following the trade deadline and buyout period. Lots of different skills to suit your needs one week ahead of the fantasy basketball playoffs.

Once again, these waiver wire rankings take rest of season value into account, and these players are all owned in under 60% of Fantrax fantasy basketball leagues.

Powell has locked up some significant playing time since the Kristaps Porzingis trade. Over his last 11 games, Powell is getting nearly 28 minutes of action per game. That number jumped up to 37 minutes per game over the past two contests in which he started both games. Powell is a top 70 fantasy asset over the past month, and it looks like his playing time is going to increase for the foreseeable future. If you need a boost in rebounds and points on good FG%, Powell is your guys looking ahead to week 21.

Though Johnson has struggled since arriving in Phoenix, he’s still putting up top 75 fantasy value as a Sun. Johnson is still chipping in 10.3 points, 3.9 rebounds, 4 assists, 1.4 steals and draining 1.6 threes despite the sub 35% shooting. Johnson has virtually no competition for playing time and should keep seeing 30+ minutes to close out the season. If the bad Tyler Johnson is a top 75 fantasy asset, imagine what he could be once he improves his shooting percentages.

Through seven games as a Grizzly, Bradley is averaging over 30 minutes per game. Bradley is a top 125 player in Memphis averaging 16.4 points, 1.9 threes on 48% shooting. He’s also chipping in a respectable 3.6 rebounds, 3.7 assists and a steal per game. He’s locked in as the Grizzlies two-guard for the rest of the season and is playing for a contract next season. Fantasy owners looking for an all-around asset primarily focussing on efficient scoring will be hard pressed to find a better option off the waiver wire.

Did Joakim Noah turn back the clock all of a sudden? He’s been showing shades of his former self over the past week by averaging 16 points, 9.8 boards, 3.5 assists, and 1.8 blocks while shooting 59% from the floor. The loss of Jaren Jackson has opened up minutes for the former defensive player of the year. Noah is a top 40 player over the past two weeks, and it doesn’t look like his minutes are getting cut anytime soon. Noah could be a big-time pickup in week 21 for teams heading to the fantasy basketball playoffs.

Diallo is already an elite asset for FG% despite only playing 18 minutes per game in his last 16 contests. The Anthony Davis debacle has opened up minutes for the former 2nd round pick. Despite the low minutes, Diallo is averaging 9.4 points, 6.4 rebounds 0.6 steals and 0.8 blocks on nearly 65% shooting. His per-36 numbers are outstanding and are the goal for fantasy owners looking ahead. Anthony Davis owners should look to add him for insurance in case Davis gets shut down. He’d be a massive pickup if the situation in New Orleans clears up more. He’s also worth an add right now as a fringe top-25 player over the past couple of weeks.

The Bulls are still ailing and Robin Lopez continues to be the primary benefactor. Lopez is averaging nearly 34 minutes over his last seven games. Despite a dud against the Grizzlies, he’s still a top 70 player over the past two weeks. Lopez isn’t rebounding at the highest rate (5.4 per game in his last seven), but he’s been a terrific offensive rebounder (2.6 per game in his last seven). Fantasy owners can count on Lopez for high efficiency, points, and blocks. He’s also a huge asset for owners in leagues with offensive rebounds.

Emmanuel Mudiay is back in the Knicks lineup and responded with some vintage Mudiay stat lines. He’s been scoring at a nice rate and his efficiency has remained high (49% shooting). Mudiay will pick up right where he left off as a scorer who can nail above a three a game and chip in some rebounds, assists and maybe get a steal. Mudiay was immediately re-inserted into the lineup, validating his role for the rest of the season. He’ll continue to get minutes in the high-20’s to low-30’s to close out the year, making him a worthy waiver wire target in week 21.

Matthews is adjusting nicely in Indiana. He’s nailing nearly four threes per game to go with his 16.8 points on 47% shooting over his last 5 games. Matthews is also stealing 1.2 balls per game in his new home. The Victor Oladipo injury is likely a key reason Matthews chose to sign with the Pacers. He’ll see plenty of minutes there, and that’s music to our ears when it comes to fantasy basketball. Unfortunately, he doesn’t offer much in terms of rebounding, assists or blocks. But Matthews is still putting up top 100 fantasy basketball value over the past week, making him a fine pickup for week 21.

Harkless is playing lights out right now. Over the past two weeks, he’s shooting nearly 55% and dropping 12.2 points, 6.7 rebounds and adding 2 steals per game. The steals are a big reason for his top-30 production over that span. Harkless is versatile enough to get playing time at the four-spot as well. He’ll remain involved in the rotation beyond week 21, making him a worthy pickup for owners looking for defensive upside and solid efficiency off the waiver wire.

Shamet just capped off his best game as a Clipper, dropping 20 points with five threes. While his production has been up and down, his minutes have remained constant. The Clippers are running thin on talent and it looks like Shamet’s role is safe for the rest of the season. His skillset suits owners looking for threes and steals, so he isn’t a fit for any fantasy team. Shamet is barely a top 150 player over the past week, making him more of a Dynasty asset.