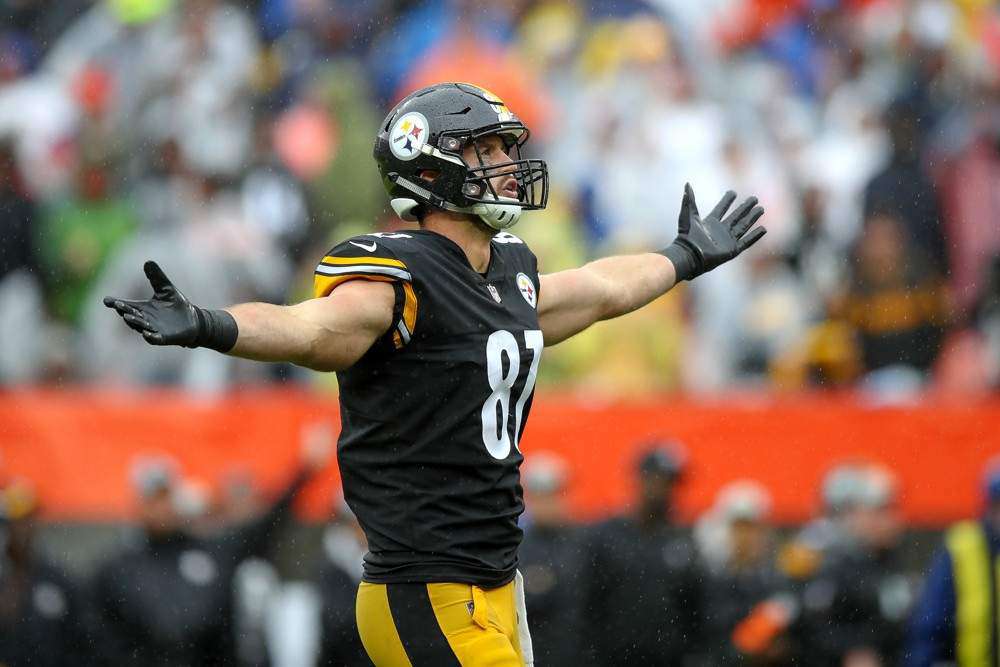 What a week for tight ends. Of the first 12 tight ends drafted on average, only two of them were a TE1 this past week: Rob Gronkowski and Jordan Reed. That means one of these Week 2 tight end sleepers could win you your matchup.

What happens when so many of the top rated players at a position put up duds? If the most frequently drafted tight ends cannot be counted on, then maybe it is time to look elsewhere. That elsewhere should be my list of Week 2 tight end sleepers.

Sadly, Delanie Walker is most likely out for the season. While we do not know the status of Marcus Mariota for Week 2, Jonnu Smith will be a must-add.

Smith is a superior athlete who will succeed with an increased role. He is likely to replace Walker as the Titans No.1 tight end moving forward.  Regardless of who is under center between Mariota and Blaine Gabbert, Smith is one of the higher-upside Week 2 tight end sleepers.

His burst score which takes into account a player’s broad and vertical jump along with their height and weight is in the 94th percentile. At 6’3”, 248 pounds, Smith is a nightmare cover for linebackers.

The Texans just got destroyed by Rob Gronkowski. While that is not telling for Smith’s production in Week 2 since Gronk produces against everyone, Smith’s usage should project as Walker’s would if he were playing. Wheels up for Jonnu Smith in Week 2 and for the rest of the season.

James caught three passes for 60 yards on Sunday in a sloppy game against the Browns. He was the clear starter with Vance McDonald out. Keep an eye on McDonald’s health as he will be the snap-count leader and target leader of the two when both players are full-speed. James had five targets and will be playing a poor Chiefs pass-defense in Week 2.

Look for James to be used a little more at home with Ben Roethlisberger in a more ideal situation than last week. The high-powered Steelers offense should provide James with relevant Fantasy production.

Last season, the New York Giants were the team to target when streaming tight ends. While Austin Seferian-Jenkins did not perform in Week 1, I have a better feeling about Geoff Swaim oddly enough.

Let me explain. First of all, this is a Week 2 tight end sleepers article. The takes have to be somewhat bold. There are hardly 12 consistently playable tight ends in the NFL for Fantasy Football.

Geoff Swaim saw four targets last week which was actually third most on the team.

Dak Prescott and the Cowboys offense is going to struggle this year. At home on Sunday Night Football, Prescott will rely on his tight end in an attempt to move the chains. If you just lost Delanie Walker and Jonnu Smith is gone, fire up Swaim as he has a good chance to see 5-to-7 targets in Week 2.