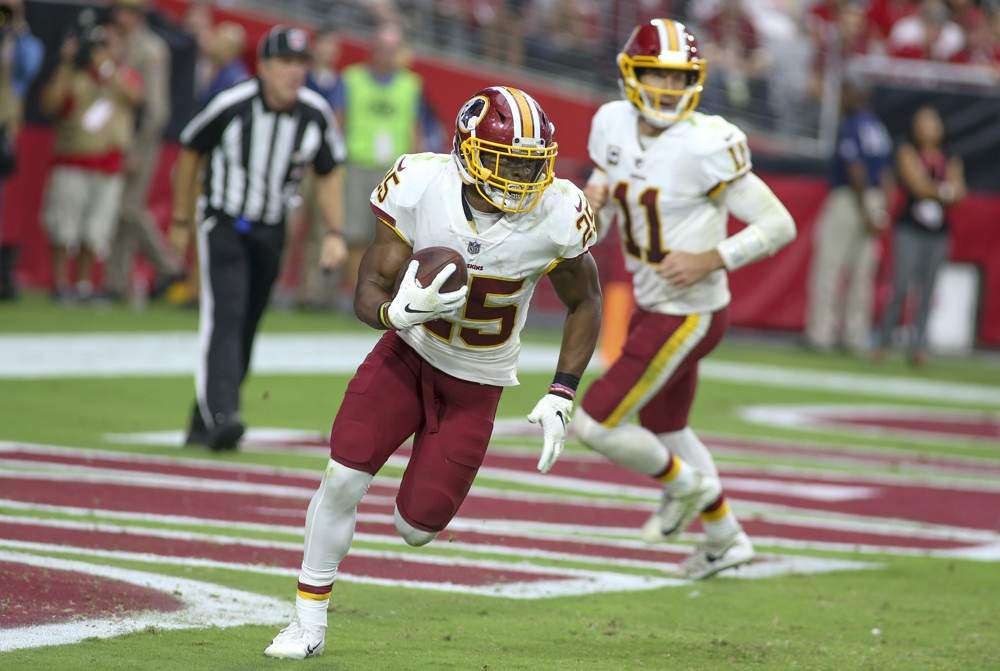 Week 2 gives us our first chance to take what we learned in real live game action and apply it to the next week. It is a bit dangerous to put too much stock in one game, but there were many things we can glean from last week and there are still quality running backs to be had. Here are some of my favorite Week 2 running back sleepers.

Austin Ekeler finished as a fantasy RB1 last week and had a career-high 126 total yards on Sunday against Kansas City. He looks to build on that performance in Week 2 and his matchup is likely the best on the slate – a home date with the Buffalo Bills. Buffalo was demolished 47-3 by Baltimore in Week 1. In the process, three different running backs ran for scores against Buffalo. This follows a 2017 season which saw the Bills allow nearly 1800 rushing yards and 18 touchdowns to opposing backs.

We all know that Melvin Gordon is a no-brainer Top-5 running back this week, but Ekeler should have plenty of opportunities to produce as well. Despite Gordon’s presence, I think Ekeler has a solid role in this offense. The Chargers like what he can do, and I expect his usage to be more than that of a typical backup running back going forward. Ekeler was only active in 12 percent of lineups in Week 1, but that number should be much higher this week. I expect another 10-12 touches in this game, which is enough to break a big play in this cake matchup. He may even see more carries if this game gets out of hand. I think Ekeler has a great chance to finish Week 2 as an RB2 in all formats, with a slight boost in PPR leagues.

Adrian Peterson deservedly grabbed most of the headlines in Washington’s 24-6 victory over Arizona last week. The future Hall of Famer had 96 rushing yards and a score and even added 70 receiving yards, his most in any single game since 2011. Yet, despite all that, he still trailed backfield mate Chris Thompson in Week 1 PPR fantasy scoring. Thompson showed no ill effects from the broken leg that ended his 2017 breakout campaign. Thompson had 128 total yards and a touchdown on just 11 touches in last week’s game. On deck is a home date with the Indianapolis Colts.

The Colts’ run defense is not a strong suit. In particular, they have shown a weakness against multifaceted running backs. Thompson certainly fits that bill due to his prowess in the passing games. Just last week, Joe Mixon ran for 95 yards and a score and added 54 receiving yards. Peterson is the favorite to lead Washington in rushing in Week 2, but Thompson will be in the mix as well. Thompson was on his way to being a starting fantasy running back last season before the injury. If he is indeed 100-percent healthy, I believe he may approach that threshold in 2018. He deserves weekly Flex consideration and has the potential to provide much greater output in matchups like this one.

I was touting Royce Freeman this offseason mostly because I believe in Freeman. But I also did not consider Devontae Booker much of a threat for early-down work. Based on Week 1, I was correct in that assessment. However, I did not realize how highly Denver thinks of Phillip Lindsay. Lindsay did not disappoint on Sunday. He and Freeman put up identical 15-71 rushing lines in their respective NFL debuts. Unlike Freeman, Lindsay added a receiving score as well. He now gets a Week 2 home tilt against the Denver Broncos.

I do not expect Oakland to put up much of a fight defensively in this matchup. And while I believe Freeman will be fine and is worthy of another fantasy start, Lindsay deserves serious consideration here as well. He proved last week he can be an effective runner and receiver out of the backfield. Oakland struggled to contain receiving production from running backs last season and allowed a touchdown catch to Todd Gurley on Monday night. Lindsay is available in a vast majority of leagues, which I expect to change once this week’s waiver wire period ends. Phillip Lindsay makes for a worthy waiver wire add and probably the most available of my Week 2 running back sleepers.

Many owners of Matt Breida and Alfred Morris had the luxury of sitting them in Week 1 based on their uncertain workloads and the difficult matchup. Breida was started in 21 percent of leagues last week while Morris was active in just 12 percent. Neither produced much on Sunday, so owners didn’t miss out on much. I expect both to have an easier go of it in Week 2 and I believe Breida is the 49ers’ running back you will want to start in this matchup.

The combination of Isaiah Crowell and Bilal Powell gashed the Lions for 162 rushing yards on just 22 carries on Monday night. To me, Detroit’s defense just looked slow. Perhaps it was just an off night, but Powell was able to get the edge on a couple of runs, and Crowell outran everyone on a 62-yard touchdown run. Watching Detroit’s defense has me leaning towards Breida in this matchup. The second-year back out of Georgia Southern has elite athleticism and quickness and is a much bigger threat to bust a big play than the plodding Morris. I like Breida as an upside play in Week 2.

Enjoy Mick’s Week 2 running back sleepers? Then you’ll enjoy all of the great advice and analysis he provides every week.