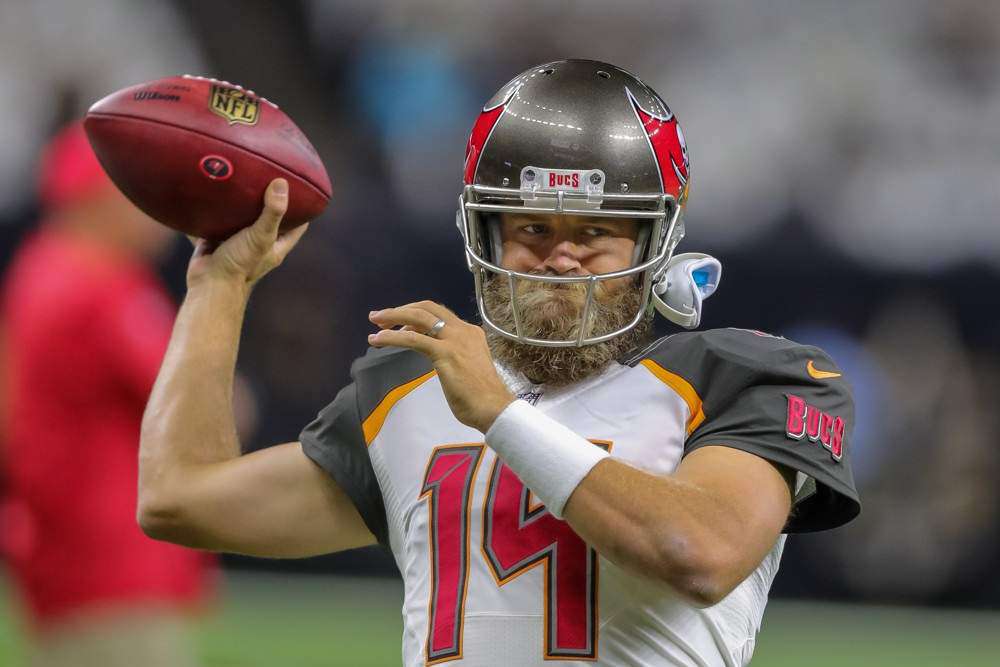 Week 2 rankings are usually an exercise in overreaction. It’s only natural. We spend months analyzing touch and target rates, coaching changes, roster movement, and endless other factors and variables. Then we watch helplessly as Ryan Fitzpatrick scores the most fantasy points by a quarterback in three years. Or as Will Dissly scores the exact same number of fantasy points as the entire group of Travis Kelce, Zach Ertz, Greg Olsen, Jimmy Graham, Evan Engram, and Delanie Walker combined.

While I am not ready to anoint Fitzpatrick or Dissly as anything other than one-hit wonders, there were many performances that do have an impact on my Week 2 rankings. Patrick Mahomes and Tyrod Taylor are both top-10 options at quarterback for me this week. Mahomes has blowup potential in any given week, as evidenced by his Week 1 effort in Los Angeles. As for Taylor, he scampered his way to a weekly finish of QB6. I think that he has the potential to repeat that performance in a dome against a defense that was just torched by the aforementioned Fitzpatrick.

James Conner arguably won the week, though his fourth-quarter fumble was rivaled only by his haircut for its cringeworthy-ness. He totaled 29.2 standard fantasy points, trailing only Alvin Kamara. Conner is locked and loaded as an RB1 in a matchup with the Kansas City Chiefs, who just allowed 292 yards to the Chargers’ backfield of Melvin Gordon and Austin Ekeler. Speaking of Ekeler, you will see that he shot way up in my Week 2 rankings. No, I do not expect an RB1 finish as he provided last week. But I do believe owners should start him in Week 2. He has a bigger role than many people realize and gets a dream matchup against the Buffalo Bills.

There was not a ton of movement among the elite wide receivers in my Week 2 rankings. Mike Evans’ owners are likely feeling better about their presumed WR1 heading into Week 2. Evans beat a tough matchup in New Orleans and now gets a home date with Philadelphia. The Eagles have a great defense, but we saw what Julio Jones did to them on Opening Night. I did not really buy into the Cooper Kupp preseason hype. Naturally, he caught a touchdown on Monday night. It was one of three red zone targets, and he also saw a red zone carry. I have him as a high-end WR3 and he should definitely be started in Week 2, as he should avoid Patrick Peterson’s coverage against Arizona.

Other than Rob Gronkowski, the “wait on a tight end” crew had a field day in Week 1. As alluded to earlier, nearly every highly-drafted tight end flopped while Dissly and Jared Cook ruled the roost. I’m buying Cook as a Week 2 starter against a Denver defense that provided Dissly’s breakout and has historically struggled against tight ends.