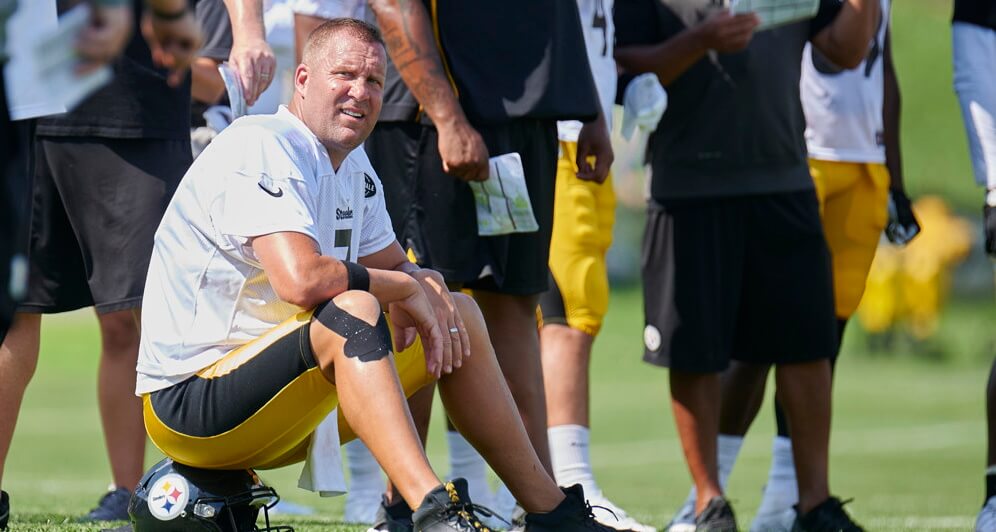 There were eight games decided by just one score on Sunday, and there are some new injuries that could have major implications on a litany of fantasy-relevant players. Here are some key Week 2 fantasy football takeaways to apply to Tuesday’s waiver runs and in projecting fantasy production going forward.

Check out Meng’s takeaways from Week 1.

Another MVP Award for Patrick Mahomes?

Even without his no. 1 wide receiver and missing his starting left tackle, Patrick Mahomes picked apart the Raiders’ helpless secondary. Mahomes is now on pace to throw for over 6,500 yards and 56 touchdowns and has a chance to break records yet again this year. While those who started Sammy Watkins may not be able to read this article on their shattered phone screens, it’s apparent that Mahomes elevates the play of the skill players around him. This week it was Demarcus Robinson with six receptions for 172 yards and two touchdowns, but don’t sleep on rookie Mecole Hardman. Hardman had a respectable 61 yards and a score but could’ve had another 72-yard touchdown were it not for a holding penalty by LeSean McCoy.

Speaking of McCoy, he could see more work in the passing game after Damien Williams left the game late against the Raiders with a knee injury. If Williams were to miss time, McCoy could have RB1 upside if he were to assume a workhorse role. However, Darrel Williams and rookie Darwin Thompson could also have fantasy-relevant roles if Damien Williams were to miss significant time. As we saw last year, there is plenty of fantasy production to go around in this prolific Kansas City offense. Both should be worth a preemptive add in most leagues.

Changing of the Guard: Quarterbacks

Both Ben Roethlisberger and Drew Brees will be out for an extended period of time.

Roethlisberger left the game against Seattle early with an elbow injury and is expected to undergo surgery on Monday, ending his season. The entire offense would suffers with Mason Rudolph under center for the remainder of the year. James Conner will be downgraded from a weekly RB1 to a RB2 (if active, as Conner left with a knee injury as well) and JuJu Smith-Schuster from a weekly WR1 to a WR2 as well. However, Vance McDonald could actually benefit from more targets and check-downs from Mason Rudolph, so his target share will be something to monitor in Week 3 at San Francisco.

Drew Brees is also facing an uncertain timeline to return to action with his thumb injury. The early reports are that it may be a torn ligament with surgery expected on Monday. Even in a best-case scenario, it seems like Brees will likely be out for at least six weeks, if not more. Whether it’s Teddy Bridgewater or Taysom Hill who steps into Brees’s starting job, the entire Saints offense should be downgraded. Alvin Kamara still has a high floor given his three-down role, but the touchdowns may not be there. Michael Thomas may also have a lower weekly ceiling in fantasy, but Bridgewater targeted him 11 times against the Rams. This kind of massive target share is a good recipe for keeping Thomas afloat as a fantasy WR1 even in during Brees’s absence. It would be wise to avoid all other Saints players until we see how efficiently Bridgewater or Hill can propel this offense.

The Scene in San Francisco

After two straight road wins, Kyle Shanahan’s 49ers could be the surprise of the 2019 season. Many wrote off this offense after dreadful preseason outings from Jimmy Garoppolo, but this team is starting to come together. We saw how productive Shanahan’s system could be in Atlanta, and a healthy Garoppolo back from his ACL injury might be the key to unlocking that same production. They will face a tough test against a fierce Steelers pass rush in Week 3, but if this offense passes the test, it may be time to buy in on them.

George Kittle dominated the target share in Week 1, but Deebo Samuel led the team in targets in Week 2. The most likely scenario is that there is no true no. 1 in San Francisco, with different players benefiting from each week’s matchup. Kittle is still a top-5 fantasy tight end, but he may not be as productive as last year with a healthy Marquise Goodwin back in the lineup and the rookie Samuel developing quickly. Both wide receivers are high-upside flex plays, and clearly Dante Pettis is droppable outside of deep leagues.

As for the running backs, it’s an ugly committee that limits upside for any one running back, but Raheem Mostert, Matt Breida, and Jeff Wilson are all in consideration as boom-or-bust flex plays. None are good long-term solutions though with Tevin Coleman due back in a few weeks. But it may be time for Coleman’s fantasy owners to sell, as he may not get a heavy workload even when he does return. At the end of the day, all these roads intersect at Garoppolo. He’s still a risky weekly start, but he’s a back-end QB1 with upside.

Miami has now been outscored 102-10 in the opening two games of the year. While they faced two very good offenses in the Ravens and the Patriots, the Dolphins’ defense has been a complete pushover, and it could be even worse if the rumors are true that starting safety Minkah Fitzpatrick is on the trade block. Dak Prescott, Ezekiel Elliott, Amari Cooper all have week-winning upside as the Dolphins come to town in Week 3, and Jason Witten is a good bet to continue his scoring streak as well. And in deeper leagues and in DFS, with Michael Gallup out for two to four weeks following his arthroscopic knee surgery on his meniscus, both Randall Cobb and Devin Smith are worth a look as boom-or-bust options against this soft Miami secondary.

Kyler Murray and Kliff Kingsbury have yet to notch a win in the NFL, but those who invested in the Cardinals’ offense for fantasy are already winners. Murray is a back-end fantasy QB1 through two games, and he has yet to showcase his running abilities with just 17 rushing yards thus far on the season. David Johnson briefly left the game against the Ravens with a wrist injury but was able to return, and if healthy, he should continue to be a workhorse back and produce as a fantasy RB1.

There’s some relevance for Damiere Byrd and KeeSean Johnson in deeper PPR formats, and perhaps for Andy Isabella once he gets up to speed, but Larry Fitzgerald and Christian Kirk are the main beneficiaries of the huge target volume. Fitzgerald has 24 targets through Week 2, and Kirk has 20 targets. Together, the two wide receivers have accounted for 47 percent of Murray’s 94 pass attempts in the first two games. The Panthers in Week 3 could prove a challenging test, but the Cardinals have massive upside in Weeks 4 and 5 against the Seahawks’ and Bengals’ secondaries, both of whom have proven to be exploitable.

A Tale of Two Running Backs

As predicted, Sony Michel bounced back in a big way for fantasy owners during the Patriots’ 43-0 rout of the Dolphins. After a disastrous 15 carries for 14 yards against the Steelers in Week 1, Michel moved the chains and ran the clock down to the tune of 85 yards and a touchdown. Still, it’s concerning that he hasn’t been used at all in the passing game. Michel will remain a boom-or-bust RB2 option, though he should get plenty of run again Week 3 against a Jets team that will be without Sam Darnold.

James Conner likewise got a heavy workload in Week 2, carrying the ball 11 times for 33 yards and a touchdown and adding three receptions for 12 yards through the air. Unfortunately, Conner left the game late in the fourth quarter with a knee injury, the extent of which is yet unknown. On top of that, the Roethlisberger injury hurts Pittsburgh’s offense overall. Jaylen Samuels is a priority waiver wire add if Conner is expected to miss time, but his fantasy ceiling could be somewhat limited if Mason Rudolph is under center.

What are your key takeaways from Week 2? Let us know in the comments below!