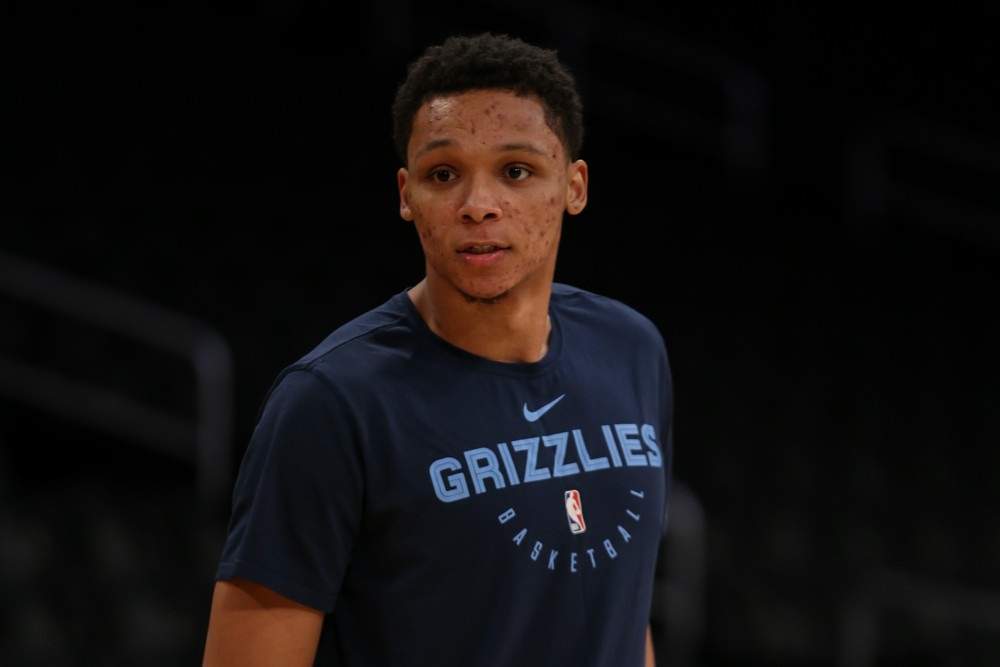 NBA action is back following the trade deadline and this week’s waiver wire focusses on a lot of outcomes from Thursday. Quite a few teams made moves opening up playing time for younger prospects to develop over the last couple of months of the regular season. On the other hand, players got moved to new situations, giving them a chance to contribute which is all fantasy basketball owners could ask for.

As per usual, these waiver wire rankings take rest of season value into account, and these players are all owned in under 60% of Fantrax fantasy basketball leagues.

Williams cracked last week’s waiver wire rankings and one-upped his value during trade deadline week. Over the last six games, the 24-year old hasn’t seen less than 30 minutes and is averaging 13.7 points, 8.3 rebounds, 3.7 assists, 1.2 blocks, and 2.7 threes while shooting 47.6% from the floor. New Orleans made some moves at the deadline, all benefiting Williams. Gone are Nikola Mirotic and Wesley Johnson, opening up more playing time for Williams. It looks like the rookie forward will get consistent playing time for the rest of the season, that’s why he’s the top waiver wire pickup for week 18. Williams should be owned in 12-team leagues.

The Grizzlies shipped out Marc Gasol in an attempt to give their young frontcourt some playing time. Jaren Jackson, Ivan Rabb, Jonas Valanciunas and Joakim Noah are all that remain in Memphis which means big-time minutes for Rabb as the primary backup. Rabb is averaging 12.3 points and 7.7 boards on 65% shooting over his last six games. Over the past week, Rabb is a top 60 asset and I expect that production to continue for the rest of the season. He’s in the midst of his second season and at 22 years of age still has room to develop into a multi-category asset down the stretch. Rabb is a worthy pickup with upside ROS.

Ever since the Porzingis trade, Kleber has emerged as a trusted option for coach Rick Carlisle in Dallas. Over the last five games, Kleber is averaging 9 points, 6.2 rebounds, 1.2 assists, 0.8 blocks and steals while draining 1.4 threes. Between Kleber and Powell, Maxi is the more versatile big man who can chip in across the board on any given night. His biggest downside is his FG% sitting at under 44% along with his propensity to find himself in foul trouble. Nevertheless, Kleber is flirting with top 150 value over the past couple of weeks and should find himself knocking on the top 125 soon enough. Adding Kleber over Powell means taking the more patient approach, so Kleber is more suited for a healthy and well-built team looking to take a chance on a potential lottery ticket for the fantasy playoffs.

On the other hand, Powell is a guy who is contributing for fantasy owners right out the gate. Like Kleber, Powell was given more responsibility following the Porzingis trade. Since then, he’s averaging 10.8 points, 7.2 rebounds 1.6 assists, a block and nearly a three on 53% shooting. What’s interesting though, is that Powell is averaging 2.4 fewer minutes than Kleber. It’s not that surprising though when you consider Kleber’s versatility to move around and stretch the floor. Powell should continue to produce near double-doubles nightly and his 25 minutes per game should be steady to close out the year. Over the past week, Powell has been a top 70 option for fantasy owners. That trend looks to continue as the fantasy basketball season enters its final stretch.

Beasley continues to be a bright spot among all the injured wingers in Denver. Including an 8-minute outing in Utah, Beasley is averaging 17 points on 57% shooting and draining 3.1 triples a game. He’s the best source for threes out on the waiver wire in week 18 and is quietly putting together the most overlooked 50-40-90 season in NBA history. He’s as much a part of the Nuggets future as any other winger in town, and that was confirmed when Denver was willing to make Gary Harris a part of trade talks around the trade deadline. Beasley has been a top 75 player for the past month and needs to be owned for ROS value.

The Phoenix Suns finally got their point guard, I think? Johnson is far from a traditional NBA point guard, but he’ll be inheriting the minutes in Phoenix following the trade deadline. Through two games, Johnson hasn’t played well, hitting just 5-21 shots as a Sun. So why add him? Simple, he’s going to get a ton of minutes from the get-go in Phoenix and he’s shown that he can be a solid fantasy asset in Miami. His numbers won’t jump off the page, but he’s been a top 125 fantasy option in the past. He’s going to get more playing time in Phoenix than he ever has in Miami, just give him some time to adjust with his new team.

Wright’s 23 minutes in his first game in Memphis was already the 9th most out of his 50 played games this year. The Grizzlies are officially in rebuild mode, but there are more mouths to feed in the Memphis backcourt especially with the team retaining Mike Conley. Nevertheless, Wright is in a better situation for playing time than in Toronto, and it’s likely he’ll see minutes in the mid 20’s for the time being. If Wright plays well enough, there’s no reason why he can’t earn even more minutes in the future. He’s an upside add as we evaluate his first few games as a Grizzly.

After two quiet seasons in Portland, Layman is finally getting some run. Over his past 12 games, Layman is scoring 13.7 points and grabbing 3.8 rebounds in just over 25 minutes. He’s also draining 1.5 threes on a remarkable 57% shooting. His last six games have been even more impressive, and he hasn’t dipped below the 25-minute mark since then. The Blazers made minimal moves at the deadline bringing in Rodney Hood and Skal Labissiere, but neither should really affect Layman’s role. He’s a nice option for owners that missed out on Beasley still looking for threes and good shooting percentages.

I’ve been a big believer of Chriss since his draft selection in 2016. Unfortunately, he hasn’t been in a favorable situation since his rookie season. Chriss gets a shot in Cleveland to learn from Kevin Love and eventually succeed him in the next few seasons. Chriss’ value right now stems from playing time as the backup four and five. He has already dethroned Ante Zizic as the backup and will fill in as the starter when Love rests. Chriss is an interesting upside pickup in 14-team leagues who can contribute from three and with defensive upside as well.

I tabbed Luke Kennard as one of my trade deadline winners but things don’t look as clear cut in Detroit. The Pistons just signed Wayne Ellington and started Lance Galloway ahead of Kennard against the Knicks. Now, it could have been (although doubtful) a revenge game for Galloway, but it was encouraging to see that Kennard got the third most minutes behind Drummond and Griffin. Kennard is Detroit’s best prospect, and it would be shocking to see him phased out of the rotation. Kennard has incredible shooting and passing upside. Owners willing to wait for a few games to see how the Pistons rotation shakes out can do worse than picking up Kennard.