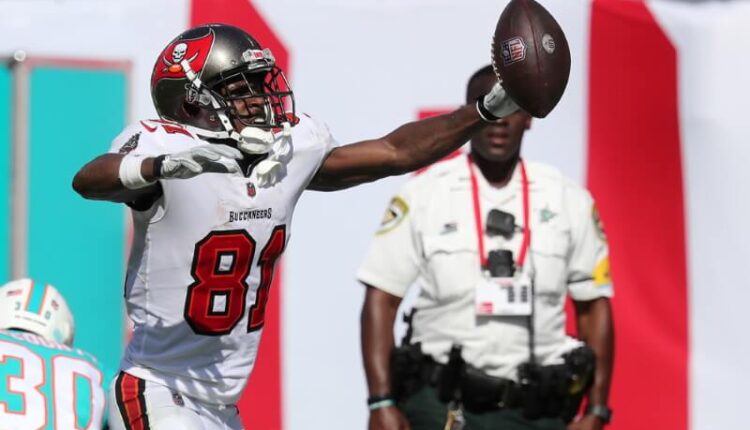 Well, we’ve made it to Week 17. It is Championship Week for a majority of fantasy football leagues. Time to cap off the football season with a championship and kick-off 2022 on a positive note. With that in mind, I want to say a few words before diving into the Week 17 Flex Rankings. First, on a personal note, thank you to everyone who has taken the time to read this article (as well as my start/sit piece) throughout the season. That includes the Twitter trolls and the reader who told me he was going to stop playing DFS because of my bad advice. I’d like to think I’m right more often than not, but we all have our misses. The goal is and continues to be to keep getting better. So, to paraphrase from my least favorite coach in all of sports, we’re on to 2022.

If you are reading this, hopefully, that means you are playing in your league’s final. And if that is the case, congratulations are in order, regardless of whether you finish first or second. While many fantasy football leagues play for bragging rights and the love of the game, I have it on good authority that a fair number of leagues offer monetary compensation to the top finishers. If you find yourself in a position where you can do so, I would encourage you to donate some of your winnings.

Michael Gehlken came up with a great idea a few years ago where he suggested donating to charities supported by several players. This is a good way to give a tip of the cap to players who have helped bring you good fortune this season. I don’t believe he has posted this year’s list yet, but you can follow him on Twitter here. I would also point out that you don’t have to be a fantasy football champion to donate. You also can choose to donate to a completely different charity if there is one that touches you more so than others. At the very least, do something nice for your significant other or anyone else who has had to listen to you ramble on about fantasy football for the last six months. It is the season of giving after all.

Below are my initial Week 17 Flex Rankings. I will update these over the weekend, so follow me on Twitter to get the most updated information. Thanks again and best of luck to all this week and in 2022!

Austin Ekeler and James Conner have been season-long RB1s. D’Andre Swift and Elijah Mitchell would be in the mix had they not missed several games due to injury. All four could return to action in Week 17. Ekeler appears to be the safest bet. He missed last week due to Covid but seems like he will be back to his normal workload this week. I will mention that he had just 31 rushing yards last time out against Denver, though he made up for it with 68 receiving yards and a touchdown catch. Assuming he starts and has no limitations, he should be a top-five back in all formats. We salute Week 16 fantasy hero Justin Jackson for his service, but he will resume a change-of-pace role this week. That leaves him off the Flex radar outside of deep leagues.

The others are a bit more difficult to project. Conner has yet to participate in practice this week after missing last week’s game due to a heel injury. Coach Kliff Kingsbury has deemed Conner day-to-day. Chase Edmonds was last week’s overall RB6 in Conner’s absence. For now, I have Edmonds as an RB2 and Conner as an RB3. However, that would likely get flipped if we get good news on Conner in the coming days. Mitchell has missed three weeks due to a knee injury. He got in a limited practice on Wednesday, which hopefully is a good sign. Justin Jackson was last week’s top scorer at the position against the same Houston Texans team Mitchell is slated to face in Week 17. For now, he is a mid-range RB2 but could creep up a few spots in the coming days if given a clean bill of health.

Swift is practicing in full ahead of a great matchup against the Seattle Seahawks. Seattle has allowed the second-most fantasy points to opposing running backs this season. They are also the only team that has allowed 1,000 receiving yards to the position on the year. That should bode well for Swift, who is fourth among NFL backs in receiving yards. His impact in that area is especially impressive when you consider that he has just 14 receiving yards since the end of October. I initially have him ranked as an RB2, but will most likely bump him up to an RB1 as long as there are no setbacks with his health. This matchup is a perfect fit for Swift’s role and skill set.

The most likely candidates to randomly pop in Week 17 ala Jackson and Rex Burkhead last week would be Dare Ogunbowale and Boston Scott. James Robinson and Miles Sanders both suffered injuries last week and will miss this week’s games. In Robinson’s case, he will be out much longer after tearing an Achilles. Robinson put up another solid season despite all the chaos surrounding the Jacksonville Jaguars. Hopefully, he has a full recovery. Ogunbowale was an RB2 last week while replacing Robinson and could see another large workload against a worse-than-you-think Patriots run defense. Scott could be the lead back for the team with the most prolific rushing attack in the NFL. I ranked both Ogunbowale and Scott as Flex options, so starting them may be a matter of your other options.

Mike Williams, Marquez Valdes-Scantling, Gabriel Davis, and Cole Beasley were among last week’s Covid casualties. The NFL recently updated its policies to reflect the CDC’s most recent change to its guidelines, so it is possible that all four play this week. I did not go out of my way to rank any of them particularly high due to the uncertainty surrounding them. MVS is my highest ranked wideout among the quartet. If all four play, then it is very possible that Valdes-Scantling ends up being the lowest of the four. Williams has been a season-long WR2 despite some recent inconsistencies, and Buffalo has a solid Week 17 matchup against the Atlanta Falcons. Amon St. Brown lit up the Falcons for 9-91-1 last week, which could bode well for both Beasley and Davis.

Tampa Bay placed Mike Evans on the reserve/Covid list on Monday. Coupled with the hamstring injury suffered in Week 15, Evans is unlikely to play on Sunday. That leaves the mercurial Antonio Brown entrenched as Tampa’s top receiving threat. Tom Brady targeted Brown on 50 percent of his throws last week. Brady attempted a season-low 30 passes with Evans and Chris Godwin out of the picture. Tampa may follow a similar script this week against a New York Jets team that simply cannot stop the run. Having said that, Brown should be heavily involved and has favorable matchups all over the field against an inexperienced Jets secondary. I have Brown as a WR1 this week and have little interest in starting any other Buccaneers wide receiver.

Vikings wide receiver Adam Thielen reaggravated his ankle sprain in last week’s game against the Los Angeles Rams. Minnesota placed the star wideout on injured reserve this week, presumably ending his season. He would be eligible to return in late January if Minnesota is still alive in the NFC Playoffs. Either way, for fantasy purposes, Thielen’s season is over. K.J. Osborn has been a solid contributor when given ample opportunities this year. In the seven games where he has been targeted at least six times, Osborn has caught 33 passes for 469 yards and five touchdowns. In his other eight games, he has totaled just 115 scoreless yards on 13 catches. I currently have Osborn right on the edge of WR3/Flex status, but I may be too low on him given the expected increase in target share.

Darren Waller was labeled as week-to-week following his knee injury suffered on Thanksgiving Day. Well, Waller has yet to return and doesn’t appear likely to this week either. The Las Vegas Raiders were hopeful that Waller would return to practice but placed him on the reserve/Covid list on Wednesday. It is likely we will get another week of Foster Moreau. Moreau has at least 65 receiving yards in each of his last two games, so there are worse options out there. The Raiders will face the Indianapolis Colts in Week 17, and the matchup is a favorable one for the tight end position. No team has allowed more receiving yards to opposing tight ends than the Colts have. I may rank him closer to the top-10 towards the end of the week.

Steelers rookie tight end Pat Freiermuth missed last week’s game against the Kansas City Chiefs due to a concussion. You can argue that the rest of the team didn’t show up either, but that’s neither here nor there. Freiermuth is questionable for Monday night’s game against the Cleveland Browns. To be honest, I’m not particularly excited about starting him even if he does clear concussion protocol. Freiermuth has had some good touchdown fortune but is not a huge piece of Pittsburgh’s passing attack. Over his last four games, Freiermuth had a 10.9 percent target share and averaged 33.75 yards per game. Last week, fill-in Zach Gentry had an 11.4 percent target share and had 31 receiving yards. Hopefully, you do not need to rely on either Steelers’ tight end to get you over the finish line on Monday night.