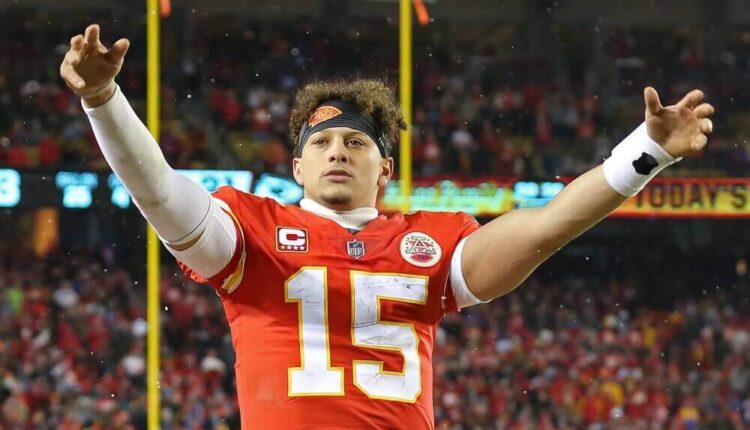 The injury bug hit fantasy owners hard last week. It seemed like players were going down left and right, particularly at wide receiver. Five of this year’s top 24 fantasy wide receivers were injured this week. That does not even include Alshon Jeffery, who would be included in that group on a points per game basis. Jeffery, Mike Evans, Calvin Ridley, and Marvin Jones are all out for the remainder of the season. D.J. Chark is week to week, and DeVante Parker is in the league’s concussion protocol. Needless to say, these injuries will have quite an impact on my Week 15 rankings. Evans, Ridley, and Jones all have teammates who are already elite fantasy wideouts, so Chris Godwin, Julio Jones, and Kenny Golladay should continue to thrive. But the injuries to Chark and Parker may result in some unlikely fantasy heroes emerging at wideout.

Dede Westbrook has had an up-and-down campaign in Jacksonville but still enters Week 15 as a WR4 (WR42 overall) in PPR leagues on the season. He has plus matchups going forward and figures to see an uptick in target share. An increase in usage will likely vault him into WR3 territory moving forward. Chris Conley should benefit as well. The fifth-year pro bottomed out in a tough matchup last week. However, before that game, Conley had averaged 7.2 targets and 63.7 yards over his previous six games. He is available in 52 percent of Fantrax leagues. In Miami, Allen Hurns has averaged four receptions and 49 yards over his last four contests. Those numbers don’t jump off the page, but upcoming matchups with the Giants and Bengals make Hurns an interesting speculative add in the event Parker misses more time. Hurns is available in 88 percent of Fantrax leagues.

For more help getting ready for the next step in your championship march, check out our Waiver Wire Recommendations and  FAAB Guide.

Injuries were not limited to the wide receiver position. Four of the game’s top fantasy signal-callers are dealing with ailments suffered this past week. The good news is that all are on track to play this week. As such, their places in my Week 15 rankings remain relatively unchanged for now. Lamar Jackson has been limited this week with a quad injury. Jackson is expected to start on Thursday and is still a must-start in all fantasy formats. However, it will be interesting to see if offensive coordinator Greg Roman and company limit the number of designed runs they subject him to on a short week. Baltimore should be able to dispose of the New York Jets without a Herculean effort from the frontrunner for the league’s MVP award. Jackson’s Week 15 floor may not be as high as normal if he sees a reduced workload on the ground.

Patrick Mahomes suffered a bruised hand in Kansas City’s win but last year’s MVP should be in action as the AFC West Champion Chiefs attempt to improve their playoff positioning. Mahomes has experienced some expected regression in 2019 but remains an elite fantasy quarterback in a high-powered offense. The NFL’s two leading passers also are dealing with hand ailments as we approach Week 15. Dak Prescott suffered a sprain to his left hand and also injured his right index finger in Dallas’ Week 14 loss in Chicago. Jason Garrett expects Prescott to be able to take the field this week when the Cowboys host the Rams. And Jameis Winston suffered a broken thumb on his throwing hand in last week’s win. He will attempt to play through it when Tampa Bay travels to Detroit. All three quarterbacks are inside my top-10 and will likely remain there barring setbacks.

Of course, we cannot forget the running backs. Derrius Guice suffered a sprained MCL, ending his season. The oft-injured back will be back to tantalize owners again in 2020. Washington will ride the tandem of Adrian Peterson and Chris Thompson for the final three weeks of the season. For now, I have Peterson ranked higher than Thompson in all formats, but the gap shrinks considerably in PPR leagues. Guice was not the only second-year back to fall victim to injury in Week 14. Rashaad Penny suffered a torn ACL on his only touch of the game Sunday night. It is a tough break for Penny, who was gaining momentum of late. He had recorded two consecutive 100-plus yard games heading into last week. Nervous Chris Carson owners can breathe a sigh of relief, as he will be a bell-cow back for the remainder of 2019.

Josh Jacobs and Le’Veon Bell were ruled out by their respective clubs over the weekend. Jacobs is dealing with a fracture in his shoulder. He may try to play through it, but it is fair to wonder how much Oakland will push their star running back after they were all but eliminated from playoff competition with last week’s loss to Tennessee. DeAndre Washington had 20 touches in the loss and would be in line for a similar workload this week if Jacobs is unable to suit up. Washington is still available in 87 percent of leagues and should be this week’s top waiver wire add. Adam Gase said that Bell is close to 100 percent, and he should start on Thursday after missing last week’s game with the flu. Bell is a high-volume, low-efficiency RB2 in my Week 15 rankings in a difficult matchup against Baltimore.

The tight end position did not go unscathed in Week 14’s bloodbath. Mark Andrews and Jared Cook also left Sunday’s games with early injuries. Andrews has a knee injury, but it is considered minor. Still, Baltimore may choose to be a bit conservative with their star tight end. The Ravens will need their leading receiver come playoff time, and Hayden Hurst and Nick Boyle have proved capable when called upon. I would start Andrews if he is active, but I would temper expectations a bit. Jared Cook caught two first-quarter touchdown passes on Sunday, but suffered a concussion on the latter, casting doubt on his status for this week. Because Cook plays on Monday night, fantasy owners should have a contingency plan in place. Evan Engram and Greg Olsen are also uncertain for Sunday after missing their respective Week 14 games.

Below are my weekly rankings for Standard, PPR, and Half-PPR leagues. These rankings will be subject to a bit of revision in the coming days. Make sure to check back for updates as news develops on the injury front. You can also comment below or on Twitter with any specific questions you have regarding your start/sit decisions. We have rankings and fantasy analysis from some of the best analysts around, so keep it locked on the HQ for all the information you need to dominate your playoff matchups. Also, make sure to download our app and enjoy the fully customizable features that have made Fantrax an up and coming force in the fantasy industry!

Got a beef with Mick’s Week 15 Rankings? Let him know about it in the comments below!

NBA DFS Plays for Wednesday, 12/11: Jingles and Buddy the Elf