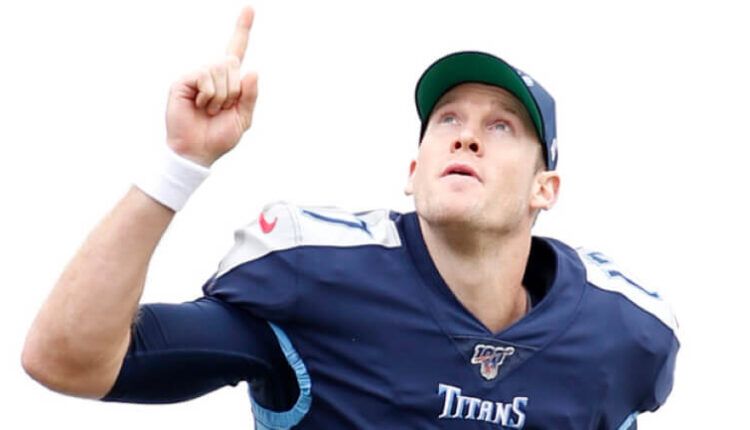 Last week was one of the stranger fantasy weeks I can recall. Perhaps it was amplified by recency bias and that it was the last week of the fantasy regular season. But there were some head-scratching lines in the boxscore this past week, which resulted in much angst among the fantasy community. Taysom Hill and David Blough each outscored Russell Wilson, Kyler Murray, and Jameis Winston. Jonathan Williams and Ronald Jones went from Week 12 darlings to Week 13 pumpkins, combining for 33 all-purpose yards. And the tilt was punctuated on Monday night when Tyler Lockett and Stefon Diggs combined for 25 receiving yards, while David Moore and Laquon Treadwell caught long touchdown passes. If you survived the chaos and reached your league’s playoffs, pat yourself on the back. Now the fun begins. Here are my Week 14 rankings along with some quick news and notes.

It is December 2019 and Ryan Fitzpatrick is once again fantasy relevant. Fitzpatrick has been a top-seven fantasy quarterback in three of the last five weeks, leading the Miami Dolphins to three wins in the process. If those facts are not strange enough, he has somehow done what nobody else has been able to do for five years. Fitzpatrick has turned DeVante Parker into a bonafide fantasy starting wide receiver. Many thought that Parker was all but gone from Miami this past offseason. But the Dolphins stuck with him, and he is now paying huge dividends. Parker is the overall WR7 in PPR leagues since Week 4, and has been even better since Preston Williams was lost for the season. Parker is the WR4 over the last four weeks. Fitzpatrick and Parker are both very much in play this week against the New York Jets.

Speaking of quarterbacks named Ryan who were previously left for dead, Ryan Tannehill has been on fire ever since replacing Marcus Mariota as Tennessee’s starting signal-caller. Tannehill is the QB6 in fantasy points per game during this stretch that began back in Week 7. Unlike Fitzpatrick, Tannehill has not relied on one primary receiver to inflict his damage. No Titans wideout is among the top 40 wideouts in PPR leagues since Tannehill took over. Instead, Tannehill has used pristine efficiency (a league-leading 9.1 yards per attempt) and a career-high three rushing touchdowns to boost his totals. With a Week 14 matchup in Oakland on the horizon, I do not expect Tannehill to slow down. Oakland has given up 74 points in the last two weeks. They also allow the fourth-highest yards per attempt (8.2) to opposing quarterbacks. Tannehill comes in at QB9 in my Week 14 rankings.

Not to be outdone, Derrick Henry has once again been a late-season savior for many fantasy teams. He has finished as a top-four running back in each of his last three games, even though he has lost fumbles in two straight. Last week, Henry gashed the Indianapolis Colts for 149 rushing yards. That was no small feat considering that the Colts had not allowed a 100-plus yard rusher since 2017. Henry enters Week 14 as this year’s overall RB3 in standard and RB5 in PPR formats. People consider Henry a between the tackles bruiser, but he has averaged 6.2 yards per rush on 56 outside carries this season. There is simply no stopping him right now. Oakland has been a bit more competent defending the run than the pass, but those who have Henry rostered need to ride him until the wheels fall off.

The King’s Rest of Season Rankings Prior to Week 14