Week 13 Wide Receiver Sleepers: Does it Pay to be Equanimeous? 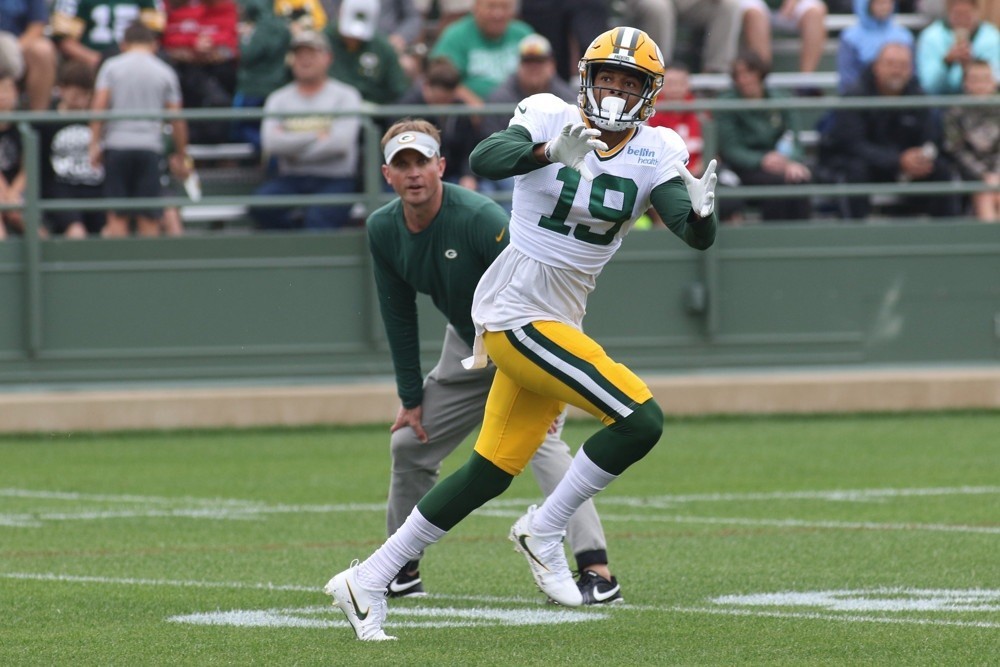 The wide receiver is still king in the NFL. High-point totals and more three-wide receiver sets make for an array of Fantasy options in any given week. These options for the Week 13 wide receiver sleepers are on the rise and should be on your radar. While the RB1 is a precious commodity, it is the deep-sleeper at wide receiver that can win you a week in redraft or Daily Fantasy.

Curtis Samuel being on the sleepers piece for Week 13 is actually disrespectful to Samuel. This dude has been playing well and it should come as no surprise. Last year around this time, Samuel started to come alive in his rookie season. In Week 10 of 2017, Samuel was getting more reps out of the slot for the Panthers. He caught five of seven targets for 45 yards before he injured his ankle which would require season-ending surgery.

The 5’11” receiver out of Ohio State has scored a touchdown in three of the last four weeks. His 4.31 40-yard dash at the NFL combine does not seem to be compromised by the injury last season at all. He is being used on reverses and end-arounds to showcase his playmaking ability alongside rookie D.J. Moore. In Week 12, Samual saw a career-high in offensive snaps (92 percent) with Devin Funchess sidelined.

Even if Funchess plays, the Panthers would benefit from targeting Samuel downfield or in the red zone. The Buccaneers are 27th in terms of passing yards allowed and 32nd on the year in passing touchdowns allowed. The Buccaneers have allowed at least one touchdown to a wide receiver in every game this season – including Week 9 to Samuel himself.

Fire up Samuel as a flex if Funchess is out. He is a great DFS play otherwise and should be considered as a WR3 for this week.

I have been waiting to type St. Brown’s name all year. One of my favorite wide receivers to come out of the 2018 draft, my spidey senses were tingling when the Packers drafted him in the sixth round. Unfortunately, St. Brown’s playing time has been limited.

Since Randall Cobb has been out, St. Brown has seen the field for 88 percent of the Packers offensive snaps. They are using him out of the slot and in Week 12 he tied his season-high in targets (5). He caught three passes for 53 yards. St. Brown’s size and speed is a big play waiting to happen. At Notre Dame, he built a reputation for catching highly-contested jump balls.

He will play the Cardinals who just gave up 45 points to the Chargers. Mike Williams, a similarlybig-bodied wide receiver, was able to snag two touchdowns on end-zone targets. In a “get right” game, I see St. Brown as a guy who will benefit from his improved usage while Patrick Peterson is occupied with stud wideout Davontae Adams