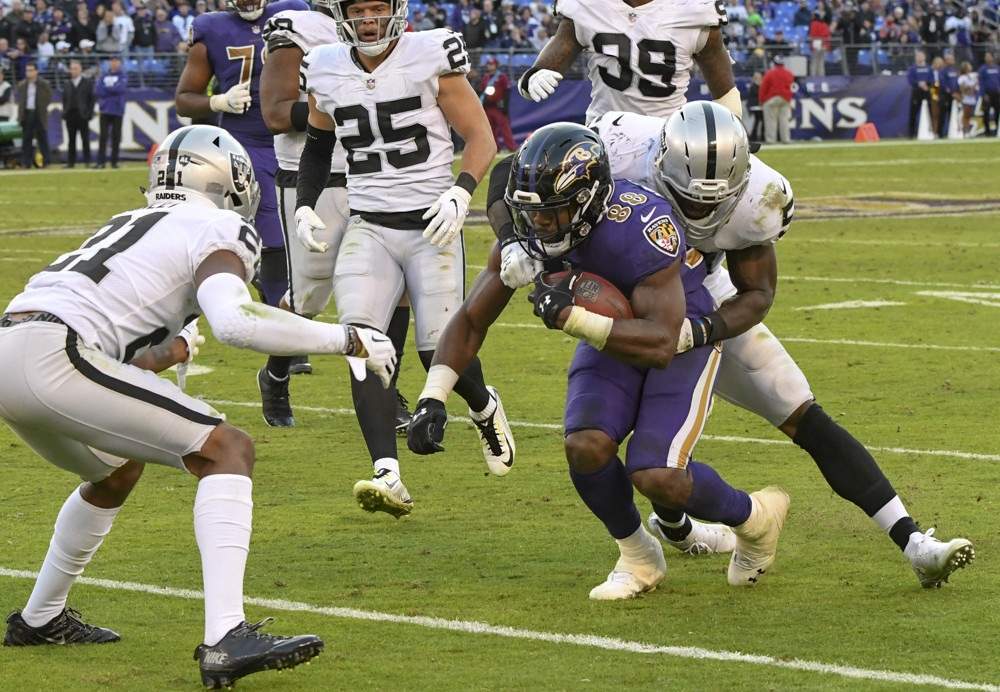 We are finished with the bye weeks, but that does not mean there is no news this week. A couple of significant developments have folks searching for Week 13 running back sleepers as we approach the fantasy football season’s final stages. Chargers running back Melvin Gordon suffered an MCL sprain which will likely cause him to miss multiple weeks. Leonard Fournette of Jacksonville has been suspended for this week’s favorable matchup against Indianapolis. He is likely to appeal, but those who have him rostered should not count on him for Week 13. Because of these situations, Austin Ekeler, T.J. Yeldon, and Carlos Hyde (in that order, in my opinion) make for obvious Week 13 running back sleepers. Below are some additional options for those needing some help this week.

Jordan Howard may not be your prototypical fantasy sleeper. He was a high draft pick in many fantasy leagues, but the investment has not been worth it for much of the 2018 season. Howard flopped in what was a favorable Thanksgiving matchup in Detroit. That has unfortunately been a recent trend for the third-year back. He has posted a grand total of 11.2 fantasy points over his last three games. Howard will look to put his recent struggles behind him when the Chicago Bears face the New York Giants this week.

New York has really struggled to stop the run this season, especially since trading Damon Harrison to Detroit. Following last month’s trade, the Giants have allowed opposing running backs to rush for 5.14 yards per carry. They have also allowed over 100 rushing yards and a touchdown in each game since the deal. It is still uncertain whether quarterback Mitchell Trubisky will play in this game. If Howard is ever going to get off the schneid, this would figure to be the week. The matchup and likely usage should signal a return to starter value for Howard.

Prior to last week, Jalen Richard had finished as a top-30 PPR back in four consecutive games. It was not to be in Oakland’s Week 12 loss in Baltimore, however. Richard came away from that contest with just two catches for 15 yards. That outing was the worst for Richard since Week 2. Richard will look to bounce back this week when the Raiders host the Kansas City Chiefs.

Richard should benefit this week from what is expected to be a lopsided affair on the scoreboard. The third-year back leads the Oakland Raiders in receptions this season. No NFL team has ceded more receiving yards or receiving touchdowns to running backs than the Kansas City Chiefs. There should be a healthy dose of garbage time and catch up mode for Richard to carve out some production. I expect Richard to produce like a borderline starter in standard leagues and an RB2 in PPR leagues in this matchup.

LeGarrette Blount stepped in for the injured Kerryon Johnson last week and ran for two scores against a Chicago defense which had previously allowed just one rushing touchdown on the year. Makes complete and total sense… Blount would be in line for the majority of work this week if Johnson remains out. Despite Blount’s big game and the fact that the Los Angeles Rams give up nearly five yards per carry to opposing backs, I believe Theo Riddick makes for a better play than Blount this week.

Like Richard, Riddick should benefit this week from likely game script. Detroit was competitive throughout last week’s contest. Chicago never held more than a seven-point lead, and that lead was the result of a defensive touchdown with six minutes left to play. I believe the Lions will have a much tougher time keeping things close against the Rams. Riddick is Detroit’s main pass-catching threat out of the backfield. The pass catching specialist has 25 receptions in four games following the trade of slot receiver Golden Tate. Riddick has emerged as a top-30 PPR running back in each of those games. I think this week that role will translate to success in standard scoring as well.

Two weeks ago, before “Gus the Bus” was a thing, I touted Ty Montgomery as a potential streaming option. I posited that having Lamar Jackson would make all Ravens running backs relevant. Though my theory was correct, it was Edwards and not Montgomery who was the primary beneficiary that week. Last week, with Alex Collins sidelined, Montgomery got his chance and posted decent numbers. The former Green Bay Packer had eight carries for 51 yards, adding three catches for good measure. This week’s matchup with the Atlanta Falcons could justify Montgomery having further involvement in the gameplan.

Atlanta is perennially one of the worst teams at defending pass-catching running backs, and this season is no exception. The Falcons have allowed a league-high 88 receptions to the position, tops in the league. Only the Chiefs have ceded more receiving yards. Baltimore has run the ball a ridiculous 96 times in two games with Jackson under center. A large chunk of that is, of course, dedicated to designed runs for the rookie quarterback. But Montgomery should have chances to make plays both on the ground and through the air. Montgomery’s ability to catch the ball out of the backfield make him one of my favorite Week 13 running back sleepers in this matchup.