Week 13 Rankings: Ranks and Thanks 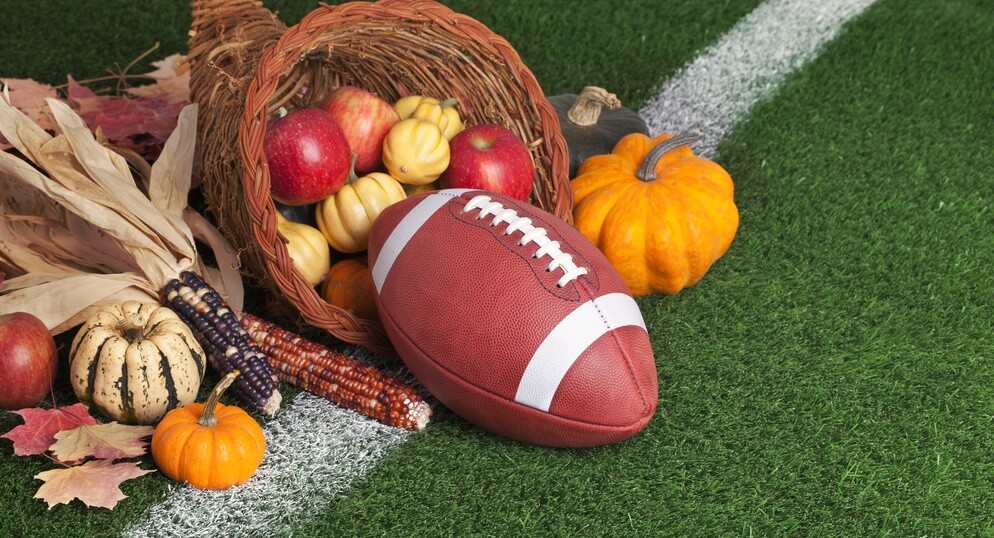 Normally, I write a few paragraphs about some news and notes from around the NFL or matchup information that I find interesting before dropping my weekly rankings. This week, I am going in a bit of a different direction. My Week 13 rankings are still available at the bottom of this article. But there are still plenty of unknowns heading into a week which features three Thursday games. For example, I have Julio Jones and Devonta Freeman ranked as though they are playing. However, that is far from a guarantee at this point. As always, I will tweak these rankings on Thursday morning and again on Sunday morning. You can comment below or on Twitter with any questions you have about your start/sit decisions. But I wanted to take a minute to share a little more than just rankings this week, so here goes.

For more help getting ready for NFL Week 13, check out our Waiver Wire Recommendations and  FAAB Guide.

2019 has not been the most enjoyable year of my life. Work has kicked my butt and I have often felt underappreciated. At one point, I worked 73 out of 81 days. That does not count the random emails, texts, and calls I would get during the “off” days. A couple of good friends of mine quit. Because I’ve usually been so busy with work, I have not been able to fully engage with readers, followers, and colleagues as much as I would like. Trying to grow “my brand” (whatever that is) feels less likely with each passing day. My Snaps, Touches, and Targets piece was quickly scrapped due to lack of interest.

My wife had even less free time than I have. Between her job, her internship, and finishing up her second Master’s Degree, she went months without a true day off. She is currently trying to balance all of that while also seeking full-time employment in her field. The lack of quality time together and uncertainty regarding our future combined with my stress about work has at times put a strain on what has otherwise been, dare I say, a pretty storybook romance. My head-to-head teams are all languishing at either 7-5 or 6-6. I am currently leading my Roto league, but there will most likely be no significant payoff. I have been so bad at DFS that I am probably going to give it up for a bit. And, oh, by the way, my father was diagnosed with lung cancer.

While we were all waiting for him to have surgery a couple of weeks ago, I found out about a GoFundMe page that someone had started for my dad. I thought it was nice that the community he works in decided to try to do something nice for him. When I found out they had raised roughly $28,000 in 24 hours, I was blown away. I still cannot believe what these people had done for someone who, in all honesty, they do not necessarily know all that well. Even better is that his surgery was a success and he is currently cancer-free. The doctors released my dad from the hospital less than a week after surgery and transferred him to a rehab facility. As of this past Monday, he is home.

I bring this up because, as we all know, this is Thanksgiving week. There is plenty on the line, as it is the last week of the fantasy football regular season. And we are all aware of the stresses that come along with the holiday season. But I want to try to take a breath and be thankful for the good things. Yes, my job is stressful, but I still work with some awesome people and make a decent living. Waking up in the middle of the night to write is tiring, but I am so happy that I get to do it. I do not have a million page views or Twitter followers, but I am extremely grateful for every single one that I get. My wife and I will undoubtedly struggle and bicker about finances, but she is still the best person I know.

Considering the holiday season and the generosity bestowed upon my father, I encourage those of you who stand to make some money in your fantasy football leagues this season to donate a portion of your winnings to a charity or those less fortunate. The fantasy football community has done some amazing work in this regard. Scott Fish has done incredible things over at fantasycares.net. They have raised over $60,000 in 2019. Plenty of others have followed suit and helped those in need. Michael Gehlken came up with an awesome idea a couple of years ago, suggesting that fantasy winners donate to charities supported by players who helped them win. Whatever your motivation is or whatever cause is near and dear to your heart, doing something for others is something we all should do a bit more of, regardless of the date on the calendar.

Reach out to Mick on Twitter @themick23 and let him know how thankful you are for the time he puts in for your fantasy benefit. Better yet, consider a donation to The American Lung Association.