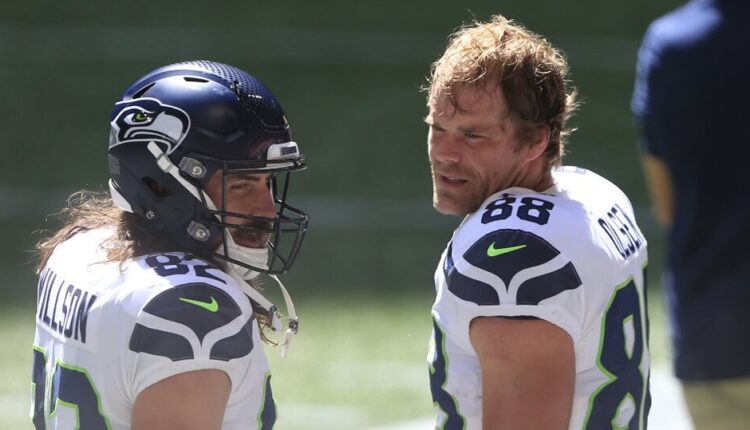 Not much is known about the exact nature of Randall Cobb’s toe injury. He left last week’s contest after scoring a touchdown. He was easy to see – and hear – that he was in pain, as he could be heard yelling from the sideline. Whether it turns out to be a fracture, dislocation, or something else, there are a few other Texans you should be prepared to stock up on.

The addition of Randall Cobb to the IR is more likely fantasy relevant in terms of who else on your roster may benefit from his absence. Kenny Stills remains sidelined with a quadriceps injury and has no guarantee of a return next week. The top remaining pass-catchers are Will Fuller V, Brandin Cooks, and RB Duke Johnson. Although Cobb may not have put up significant per-game scoring, he’s averaged 4.8 targets per game and 44.1 yds per game. Those 5 targets will not disappear, as QB Deshaun Watson has been on fire lately. In his last 6 games, he’s thrown for 15 TD’s with 0 picks, adding a rushing TD to remind everyone he still has wheels. In that span, he’s thrown for 1,750 yards with a 70.5% completion rate and rushed for 35 yards per game.

-In traditional Texans fashion, they have managed to go only 3-3 during this prolific span of QB production-

However, with a red hot QB and fewer WR’s to throw to, now is the time to stock up on the remaining receivers wearing navy and red. In this week’s Thanksgiving game, the pass-catching trio mentioned above benefitted greatly from the 5 extra targets that Cobb normally receives. Fuller V went for 6 receptions, 171 yards, and 2 TD’s while Cooks pulled in 5 receptions for 85 yards. Duke Johnson rushed for only 37 yards but got 43 through the air with a TD.

The Texans had secured a win against the Lions with plenty of time left on the clock, so Watson threw the ball only 25 times. Going forward, the trio of Fuller V, Cooks, and Johnson should be reliable pass catchers with a good volume of targets coming their way.

Randall Cobb will miss at least 3 weeks with his toe injury as IR rules dictate. Going forward, keep an eye on Kenny Stills to monitor what type of volume the rest of the receivers have the potential for. If Stills remains out next week, I would advise loading up on Fuller V, Cooks, and Duke against the division-rival Colts.

Olsen may not be the prolific pass-catching TE he used to be when he averaged about 80 catches, 1050 yards, and 6 TD’s in his prime. But it is entirely possible he’s played his final game in the NFL. He’s gotten a taste of the announcers’ booth in the past few years and wasn’t even sure if he’d return to the field at all. He made the decision to play with Russell Wilson and the Seahawks in 2020 but is now battling a ruptured plantar fascia injury that could hold him out the rest of the year.

The Seahawks’ optimistic estimates are 4-6 weeks on the sidelines, which may allow Olsen to return before the playoffs. But no one is entirely confident this timetable will be dependable. The positive news for those who are hoping they haven’t seen the last of G-Reg is that the Seahawks are always capable of making it to the Super Bowl. It would be a story-book ending to an amazing career if Olsen could come back and win a super bowl, possibly cementing a HOF career. A ruptured plantar fascia will be incredibly tedious to rehab, and likely painful. We will need to monitor his progress carefully. As far as the fantasy season goes, it’s probably time to let him go.

If you enjoyed this Week 12 NFL Injury Report, make sure to check out the rest of our Week 12 Analysis for more help in optimizing your lineups.