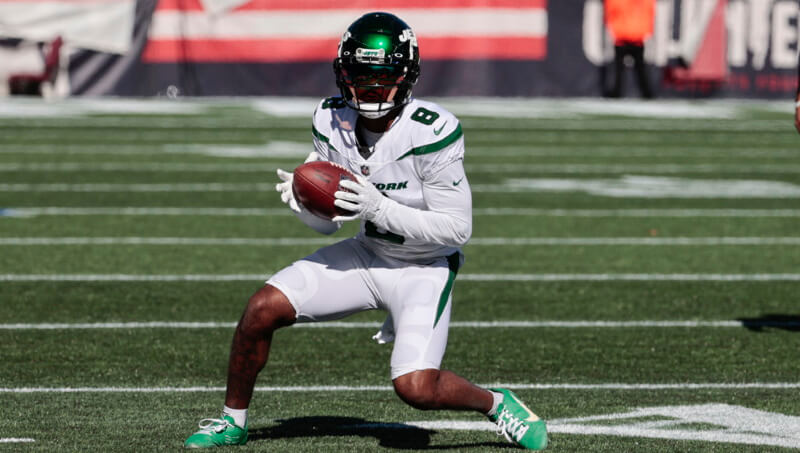 Welcome to the Week 12 Fantasy Football FAAB Guide. At this point in the season, you are either locked into a top spot for the playoffs, battling for the last spot in the playoffs or occupying space in the doldrums of your league which likely means you wouldn’t be reading this article anymore. Anyway, I’m still doing the work for those of you who haven’t switched to DFS for the rest of the season. You will find obvious player opinions in this piece such as Jonathan Taylor has become the new number one fantasy player, but I will also give you useful, less-heralded takes like Miles Sanders will be the RB1 in Philly going forward. If you need Waiver Wire adds only, check out my Fantrax pal Colin McTamany’s Waiver Wire Rankings here.

$1,000 is a common budget size for season-long leagues and that is the template for my FAAB bid percentages. The Week 12 Fantasy Football FAAB Guide attempts to cover all styles of fantasy scoring, but I write this article from a redraft and PPR point of view. All roster percentages for this week come from Fantrax and ESPN fantasy football leagues.

The Week 12 Fantasy Football FAAB Guide is here to serve you. If you have any questions related to your fantasy football FAAB selections, please DM me on Twitter @mjgovier any time. You can also read my ROS Rankings and listen to my Fantrax podcast The Fantasy Football POV which absolutely has the most information for your buck (it’s free). New episodes come out every Wednesday morning. However you absorb your preferred fantasy football content, FantraxHQ has you covered. Thanks for stopping by. Now go splurge with those FAAB bucks!