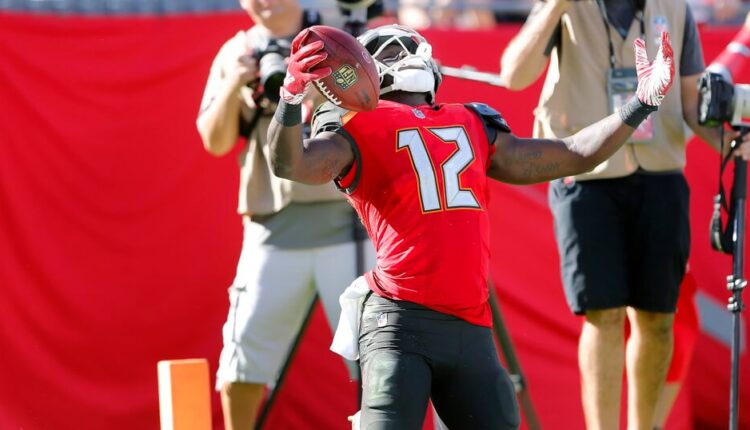 Week 11 is by far the best price for picks in DFS for both FanDuel and DraftKings all season. I think FanDuel must have forgotten to update their salaries after what happened last week. Joe Mixon, Deebo Samuel and A.J. Brown are all undervalued this week. All three have great matchups this week as well.

So if you’re looking to win some tournaments this week, I have your back with my picks for the week listed below.

Joe Burrow had a terrible game two weeks ago, but now coming off a bye week he has the Raiders secondary. The Raiders have not looked the same since their 3-0 start. Last week, they gave up over 400 passing yards to Patrick Mahomes. I expect Burrow to drop over 20 on the road this week. Don’t overthink it, Burrow has been elite all season, he just had one bad game.

Ryan Tannehill has a great matchup going against the Texans this week. The Texans are in the top five for worst defenses against fantasy quarterbacks. Brown is starting to look like himself and without Derrick Henry, Tannehill has been running the ball more. This is the week Tannehill breaks out for a huge fantasy performance. And he is only $6,700 in DraftKings this week.

The fact that Mixon is the same price on both platforms is beyond me. Like I said above about Burrow, the Bengals have a great matchup against the Raiders. Last week, the Raiders gave up 101 passing yards and a touchdown to Darrel Williams. Williams also put up 29.4 fantasy points in PPR scoring. Mixon is a great pass-catching back, so should repeat what Williams did.

Alvin Kamara looks like he will miss another week, but that doesn’t hurt you in DFS. Go grab Mark Ingram II this week for a bargain price. Once Ingram got the start he did not disappoint last week. He had 108 scrimmage yards with a touchdown against the Titans. This week he has the Eagles who are giving up 19.2 fantasy points to running backs this year. Without Jameis Winston the Saints have gone to the run. Ingram is a steal this week.

Chris Godwin has not lost any targets since starting hot this season. So to see him at this price for Week 11 is a great deal. Did I mention he is going against the Giants secondary this week? The Giants are giving up just about 23 fantasy points per game to wide receivers. Mike Evans has been hot of late, but it is Godwin who gets all the receptions. Stick with the consistent receiver this week in Godwin.

Brown has not looked great this season, but he has been injured most of the season. Julio Jones is still out, so this is the week Brown cooks the Texans defense. FanDuel doesn’t think so, but I do. I think they may have forgotten how great of a receiver Brown is and going against this Texans secondary makes it even better.

Just look at the price they have Samuel at this week. Samuel is easily a top-three receiver this season. It’s not even like he has a tough matchup this week. He has the Jaguars defense. Also, he did just cook the Rams defense with Jalen Ramsey guarding him. I don’t think I need to say any more about what Samuel has done this year. Lock him in this week or you’ll regret it.

Dawson Knox has come back to earth the past couple of weeks. But, when you have Josh Allen as a quarterback, you know the ball will find Knox’s hands. The Colts are giving up the fourth-most fantasy points to tight ends this year. So I see Knox as a solid value pick for this week. It’s all about filling out your whole team. Knox is solid for 15 fantasy points this week.

New England is a must-start every week. This week they have the Falcons who have not looked hot this season. The Falcons also will not have a fully healthy Cordarrelle Patterson this week with an ankle injury. He is a game-time decision for Thursday night. The Patriots have scored double digits for the last four weeks. This is the safest defense to play week in and week out.