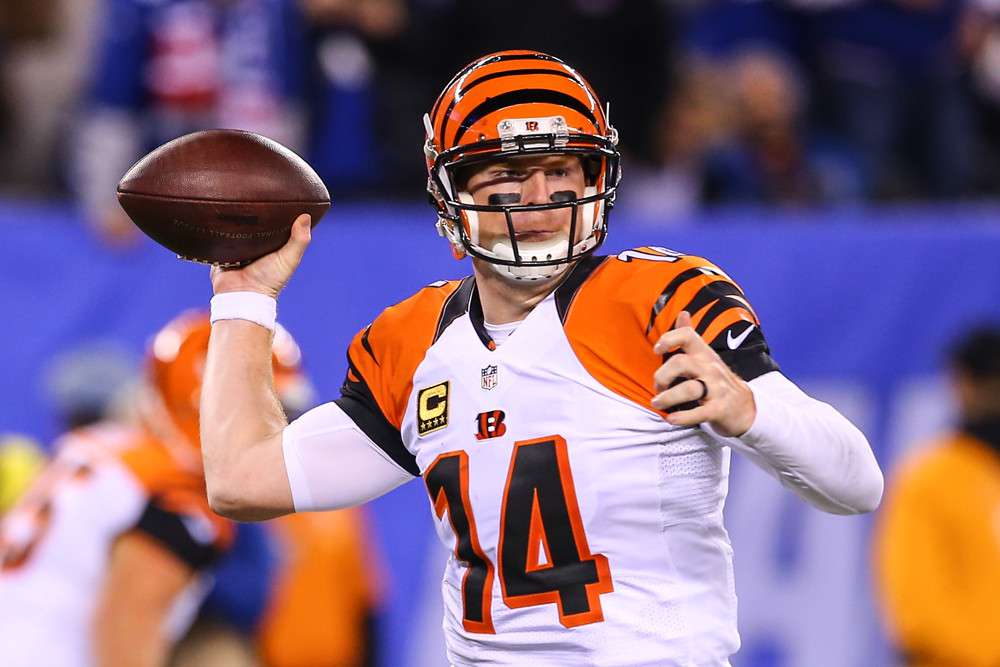 As Week 10 in the NFL approaches, owners who have Deshaun Watson or Kirk Cousins will certainly feel the bye-week crunch. Both have been top-eight fantasy quarterbacks this year and will be difficult to replace. But there are always options, and this week is no different. The quarterbacks listed below have excellent potential this week based on their matchups. Here are my top Week 10 quarterback sleepers.

The New Orleans Saints are the hottest team in the NFL. Winners of seven straight, New Orleans heads out to Cincinnati to face the Bengals in Week 10. New Orleans just defeated the last unbeaten team in the NFL last week and hosts the Super Bowl Champion Philadelphia Eagles next week. I think this is a potential letdown spot for the Saints as they travel to face the league’s 10th-highest scoring team.

Despite their hot stretch, New Orleans has allowed the third-most fantasy points per game to enemy quarterbacks this season. They have had four games where the opposing signal caller has surpassed 350 passing yards with multiple touchdowns. That high ceiling puts Andy Dalton squarely in Week 10 consideration. That potential may be hampered a bit by the loss of star wideout A.J. Green. But Green’s absence is exactly what drops Dalton down enough for him to land in sleeper territory this week. New Orleans has been a pass funnel defense this season. They allow the fewest yards per carry in the NFL, but the third-highest yards per pass attempt. Dalton should still have plenty of chances to score points this week, and I expect a solid showing. Fire up the Red Rifle this week and expect a top-15 finish this week.

Alex Smith has yet to post a top-10 fantasy finish this season, and his lone top-12 game came all the way back in Week 1. But this is a situation where I am putting faith in the matchup more than the accomplishments of the player. The Tampa Bay Buccaneers have almost exclusively allowed top-12 fantasy finishes to quarterbacks this year. The only quarterback who has failed to produce a QB1 weekly finish was Nick Foles back in Week 2. I expect that trend to prevail when Washington visits Tampa Bay this week.

The Buccaneers “held” Carolina quarterback Cam Newton to the QB9 weekly finish in last week’s loss to the Panthers. Carolina jumped out early and scored 35 points in the first half. Newton was still able to throw two touchdowns and pass for 247 yards. Had Newton needed to challenge Tampa Bay’s anemic secondary, he surely would have posted more fantasy points. Washington is not the kind of team that will run away and hide from the Bucs. That means Smith should be able to exploit Tampa throughout this game. I expect Smith to challenge for his first top-10 finish of the year, making him an excellent sleeper in Week 10.

On Monday night, Marcus Mariota showed the type of potential that has tantalized and frustrated fantasy owners throughout his brief career. He finished as last week’s overall QB7, tying a season high. He threw for 240 yards and two touchdowns on just 29 passes and added a score on the ground. Mariota will look to build on that performance when the Titans face off with the New England Patriots in Week 10.

New England largely held Aaron Rodgers in check last week. Prior to last week, the Patriots had allowed at least 300 yards passing to four consecutive opponents. That stretch included the Bears and Bills, two teams who are not exactly known for their passing prowess. New England usually faces an added dose of passes as a byproduct of their being ahead so often. That scenario is obviously in play once again this week. The Patriots have also struggled a great deal with dual-threat quarterbacks. They have given up the third-most rushing yards to quarterbacks this year. Mitchell Trubisky tagged them for 81 yards and a rushing touchdown in Week 7 en route to that week’s overall QB2 showing. Mariota certainly has that skill set, and I expect him to put it to use this week. Marcus Mariota is one of my favorite Week 10 quarterback sleepers.

Josh Rosen leads the Arizona Cardinals into Arrowhead to face the Chiefs in a game that could get ugly quick. Kansas City is favored by 17 points in this game and should dispose of the Cardinals with relative ease. While Arizona is certainly not expected to compete with the 8-1 Chiefs, Josh Rosen could benefit from some extra work in what should be a lopsided affair.

The Chiefs have improved their defense on the back end in recent weeks, but they have still allowed the sixth-most fantasy points per game to opposing quarterbacks this season. Baker Mayfield tagged them for last week’s overall QB13 performance in a game Kansas City led throughout, and I can see Rosen producing a similar result should that situation repeat itself in this game. Please beware that the floor for Rosen is extremely low. This could be a game where we see several turnovers and some crooked numbers. But I think he will put up enough garbage time stats to make him relevant this week. If you need a replacement for Deshaun Watson or Kirk Cousins this week, or in a SuperFlex or QB2 league, Rosen could be a viable option and can outperform expectations in this matchup.