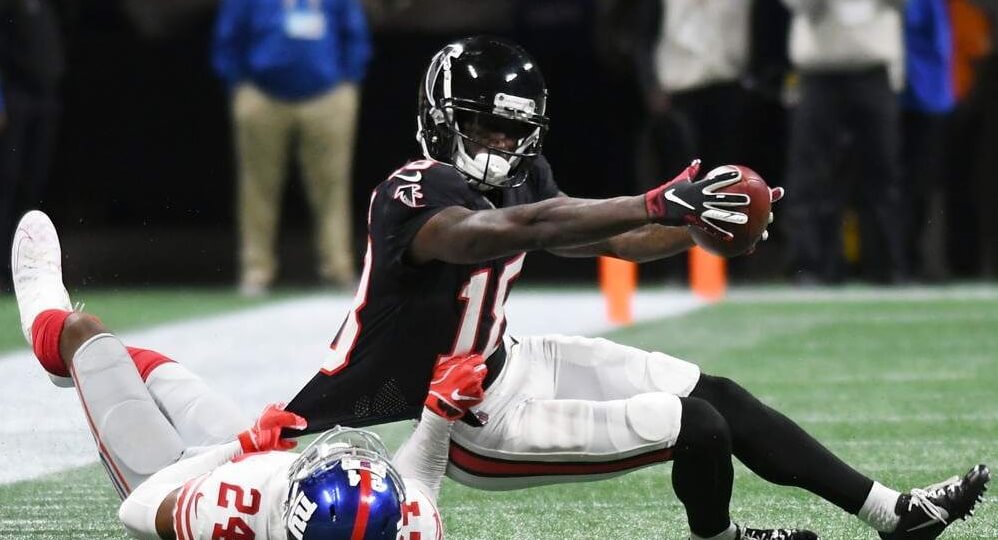 Just one more day till the football season officially kicks off. Now things are getting real, and you need to know who has the best matchups for week 1. I have you covered with my Week 1 Wide Receiver Rankings.

The beauty of the wide receiver position is how deep the position can be. Say you drafted three running backs in the first three rounds and do not have a top receiver. Well, I’ll have you covered for these weekly rankings based on matchups, weather conditions, and depth charts.

These wide receiver rankings will be based on half PPR scoring to meet in the middle with standard and full PPR.

Some surprises I have for the week are Calvin Ridley at five, Keenan Allen at eight, and CeeDee Lamb at 12.

We’ll start with Ridley against the Eagles. Yes, Darius Slay will be on Ridley. But we don’t know how well Kyle Pitts will do his week 1 debut. Ridley will be the number one option all game.

I have Allen ranked above other receivers like Julio Jones, Robert Woods, and D.K. Metcalf because the Chargers offense is about to be insane this year. Justin Herbert is going to be throwing bombs to Allen all game. The Washington Football Team has a strong defense, but I love the matchup of Allen and Kendall Fuller. But, it is the run defense that will give the Chargers problems.

Lamb at 12 may look high as they are going against Tampa Bay on Thursday night. The secondary is tough, but Amari Cooper will not be 100%, so expect Lamb to take over. Lamb is set to have a big opening day and will play with Dak Prescott again.

Some players I love for this season but don’t love their matchups this week are Allen Robinson II and Diontae Johnson. I have Johnson set for a breakout year and Robinson starting where he left off.

But, Robinson is on the road against the Rams, and Jalen Ramsey and Andy Dalton is the starter for week one. All bad news for Robinson. Johnson will also be on the road in Buffalo and will see a lot of Tre’Davious White on him. Any other week these two receivers could be close to the top 10.

Lastly, one player that is ranked low, but could be trending up is Antonio Brown. Brown is at 31, but I can see him having a bigger role than Mike Evans. The only reason he is ranked low this week is not knowing how involved he will be this week. Brown shined in training camp and if he does good in week 1, expect him to be in the top 20 going forward.

If you liked Michael’s Week 1 Wide Receiver Rankings, be sure to check out the rest of our Week 1 Rankings and Analysis!