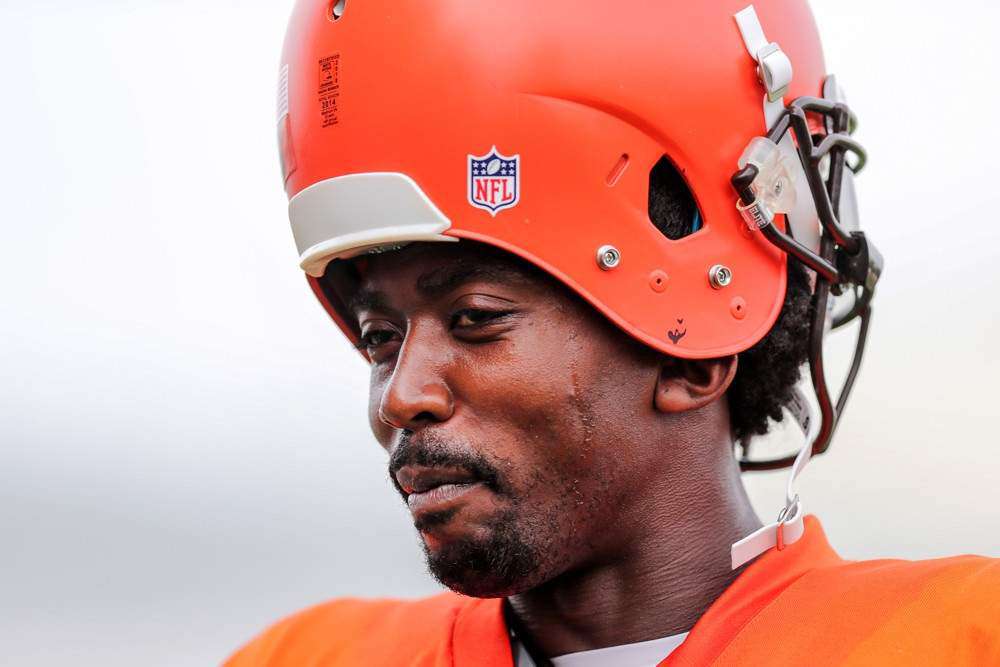 Welcome to the first installment of Mick’s Pick Six! In this column, I will pick six players (one at each position) who I anticipate will provide weekly starter-worthy production despite being started in less than 50 percent of Fantrax leagues. Percentages are as of Thursday evening. In many instances, these Week 1 streamers are nice plug and play options for those facing tough matchups or injury concerns. Let’s get right to it!

If you are among the 44 percent of fantasy owners who have Tyrod Taylor on your roster, you likely drafted him as your QB2. For those in this position, I would consider starting Taylor on Sunday depending on who your other options are. If you are a Jimmy Garoppolo owner, for example, this might be an opportunity to give him a seat and roll with Taylor in Week 1. (I also had Matt Ryan in this group as well, and he predictably put up a stinker on Thursday night.)

Taylor’s matchup against Pittsburgh is less imposing than one would think. The Steel Curtain is a thing of the past. Pittsburgh generally plays a zone defense which plays to Taylor’s strengths. He is not the type of quarterback who excels at making throws into tight windows. Taylor likes to take what the defense gives him, and I expect him to have an efficient game throwing the football.

Taylor’s fantasy output is also boosted by his rushing ability. Taylor has finished as a top-three rushing quarterback in three consecutive seasons. Pittsburgh does not have the speed at linebacker to contend with Taylor when he decides to take off and scramble. I believe Taylor will eclipse 200 total yards and account for two touchdowns which would likely put him in the borderline QB1 conversation. Taylor is currently being started in just 15 percent of Fantrax leagues which is just 26th at the position. He makes for a very nice low-percentage play at quarterback and kicks off my Week 1 streamers.

Conner is a fairly obvious pick who fits in quite nicely with this theme. As of Thursday, he is currently being started in just 26 percent of leagues. There are 40 running backs currently active in more leagues. In fact, Conner is only owned in just over half of leagues, which needs to change immediately. It is not often that you can find a Week 1 starting running back on the waiver wire. If he is still available in your league, pick him up now.

Of the 40 running backs who are presently being started at a higher rate than Conner, the most notable name on that list is Le’Veon Bell. Bell is continuing his holdout as part of his contract negotiation and is not expected to suit up for the Steelers on Sunday. His likely absence in Week 1 is, of course, the primary reason Conner is in line for an uptick in fantasy production.

I would caution that Conner is more of a Flex play than guaranteed starting fantasy running back. Cleveland’s run defense is better than most people realize. But if you are a Bell owner, picking up Conner and inserting him into your starting lineup is a smart play. Conner is also a very wise Week 1 DFS play given his low price tag and expected workload.

I have been all aboard the Kenny Stills hype train this preseason and see no reason to stop now. I have been formally banging the drum for a month now, but the masses are still not playing my tune. Stills is active in just 33 percent of leagues. In 15 percent of Fantrax leagues, Kenny Stills is not even owned! Those numbers absolutely blow my mind.

Stills has been a WR3 in three of the last four seasons and was not even among the top 50 wide receivers selected in drafts. He is the lead receiver on an NFL team that lost 290 targets from last season’s team. He is one of nine NFL wide receivers who has totaled at least 15 touchdown catches since 2016.

As far as this week’s matchup, I certainly do not think the Tennessee Titans are a matchup to fear by any stretch. Tennessee allowed the third-most touchdown receptions and sixth-most catches to wide receivers a year ago. Particularly with DeVante Parker out with a broken finger, Stills is an easy plug and play for me this week. I have him as a Week 1 WR2.

As we approach Week 1, most of the typical starting options at the tight end position are still healthy. This likely means you probably don’t have a pressing need for a tight end quite yet. However, if you do, I would suggest giving Austin Seferian-Jenkins a look.

The New York Giants were inept at defending the tight end position a year ago. They allowed a whopping 12 receiving touchdowns to the position in 2017 and were a weekly target for those streaming tight ends. If you have concerns about the health and/or matchup of TE1 options like Jordan Reed, Evan Engram, Tyler Eifert, or George Kittle, ASJ makes for a worthy flier in standard leagues. He is still available in 29 percent of leagues, and only being started in 26 percent.

In PPR formats I would also recommend Charles Clay. Clay (49 percent owned, 16 percent active) has averaged just under four receptions per game in each of his three seasons in Buffalo. He is one of the very few weapons available to Nathan Peterman in the passing game. The Ravens allowed the fifth-most catches and eighth-most yards to tight ends in 2017 while also giving up eight touchdowns.

In standard waiver wire leagues, I am a big fan of streaming defenses. I do not like to waste draft capital picking up what may or may not be a good fantasy defense, especially if they have an unfavorable matchup to begin the season. Defenses like Minnesota, the Los Angeles Chargers, Houston, and New England all have Week 1 matchups that may be considered unenviable to some. The same cannot be said of the Detroit Lions.

Detroit will be a hosting the youngest Week 1 starting quarterback in NFL history on Monday night. The New York Jets do not have a ton of weapons and are projected by Vegas to have one of the lowest point totals during the season’s opening week. Detroit’s defense is being started by just 31 percent of teams and is owned by just 41 percent. They are a potentially elite Week 1 fantasy defense. It should go without saying that I would much rather start them in Week 1 than Houston (at New England) and several other popular fantasy defenses.

Ah, what would my Week 1 streamers list be without the fantasy kicker. The most beloved character in our little play. Almost everyone hates kickers in fantasy, but most of us still have to play them. Luckily, it is not as hard as many think. Just stream kickers on teams projected to score a lot of points in any given week. If that kicker is playing indoors, even better. Wait! That’s Daniel Carlson’s music!

Minnesota selected Carlson in the fifth round of the 2018 NFL Draft. The former Auburn Tiger beat out incumbent Kai Forbath to win the starting job. Minnesota scored the tenth-most points last season and projects to be one of Week 1’s highest-scoring teams as well. Despite this, he is being started in just 29 percent of leagues. He will be a top-ten kicker this week.

You can also do worse than the ageless Adam Vinatieri. Vinatieri checks off the same boxes as Carlson does when forecasting likely Week 1 output. The veteran is being started in just a quarter of Fantrax leagues but should put up plenty of points in Week 1 on a Colts team playing at home and with Andrew Luck back at quarterback.