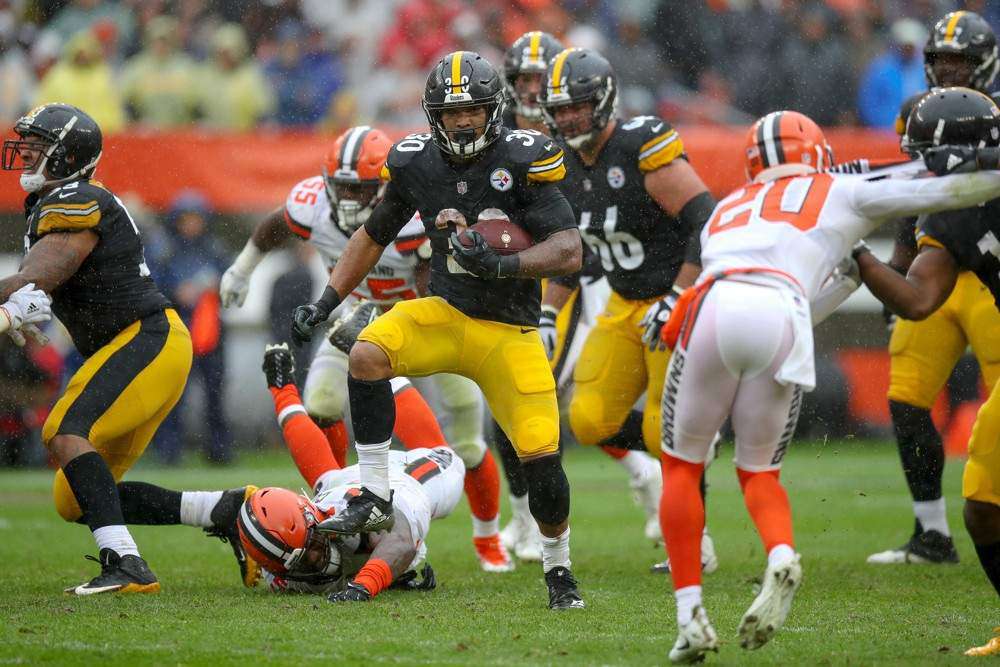 Disclaimer: I am contractually obligated to warn you that if you came for statistics, graphs, and/or charts, you will not find them here. These are simply my thoughts from watching the games on Sunday, mainly on the NFL Red Zone channel, as many of you did. These thoughts are as scattered as the coverage on Red Zone can be, but fortunately for you, that is only reflective in my notes to myself* (see bottom of this post for full scrapbook).

For more great fantasy football news and analysis, please check out the latest from the Fantrax Podcast Network.

For you, my new (and hopefully large) audience, I have sifted through them, aiming to find a main topic. Fear not, there will be all kinds of random tidbits sprinkled in, including (first contradictory statement) some numbers. But, each week there will be a topic or theme that jumps out commanding the most emphasis. This week, that suspense was immediately lost when you read the title.

First and foremost I must say that it is great to have football back for the 2018 season. The Dolphins and Titans really took this to heart, wanting to never let go of that Opening Day feeling. We had rookies set to make their awaited debuts; veterans looking to make a splash with new teams; and of course, there was Hue Jackson seeking the elusive second career win as Browns Head Coach.

Side note, does Gio Bernard look like a young Hue Jackson to anyone else besides me?

For the most part, the usual suspects held their ground. Gronk continues to be one of the biggest mismatches the game has ever seen. AB, OBJ, Michael Thomas, Julio Jones, DeAndre Hopkins, and Mike Evans all showed up to solidify you investing a premium pick in them. Well, Evans should have been picked high, but most of you gave up on him with all the Chris Godwin hype, and of course he scored as well, so really Evans is looking like a steal right now. But, I digress.

Saquon Barkley, the most costly of all rookies, proved his mettle with a 100-yard debut – highlighted by an insane 68 yard TD run, illustrating his unique blend of balance, power, and speed. FYI I hope everyone realizes that Week 1 could be very typical for the New York Giants, in that Beckham and Barkley will get theirs, but the team itself will still sputter. Barring any unforeseen injuries, Evan Engram looks to be the odd man out. And no, that isn’t meant as a Week 1 overreaction.

Of course, Week 1 is the easiest time to overreact, but we’re looking for trends. We need something to grasp. The NFL is played in quarters, literally by the week and by the season, and this was only one game – essentially a quarter of a quarter. Engram got 5 targets, hauling in 2 for 18 yards. Is it time to hit the panic button? No. But it is fairly safe to assume that is what his target share will look like, which is down from the 7.7 he averaged as a rookie. There are simply too many mouths to feed, making him good, but in a bad personal situation. Hopefully you avoided his high ADP this season and don’t have to deal with this dilemma. But, the emphasis this week is not about Engram. It is about another second-year player, who plays the Running Back position.

You could just cancel the Titans-Dolphins game and most people wouldn't notice.

When news of Mark Ingram’s four-game suspension to start the season broke, many fantasy owners were suddenly willing to break the bank for Alvin Kamara. That statement is arguably false, as Kamara made himself a viable first round option independently of anything related to Ingram. What was expected was Kamara would assume a larger workload as a rusher, surpassing the 12 carries he got on three occasions as a rookie, and what is his career-high.

What happened on Sunday was the perfect recipe for all of his owners: he only got 8 carries in the Saints loss! You can make the argument no one saw Ryan Fitzpatrick and the Bucs coming, and the game script of being behind forced Sean Payton to run less. The numbers would support you being surprised by the outcome, with the Saints being at home, having an improved Defense, and owning the largest point spread in all of Week 1 (-9.5).

But, I don’t think that’s what happened. The Saints only had 13 carries as a team. In other words, Payton didn’t look for an Ingram replacement, whether that was Kamara or other. Of course now that I say this, he’ll give #41 enough carries to match his jersey in Week 2, but I’ve been wrong before, and I’m not afraid to be wrong again (yes, I am getting to James Conner). This was great to see for me because Kamara still held up his end of the bargain as a first round pick with his 9 receptions for 112 yards plus a score.

What was even better about his 12 targets were that they came in addition to Michael Thomas’ astounding 17 targets (of which he caught 16! Six-Teen!). Regardless of what the Saints Defense actually is this season, Kamara doesn’t need any extra carries to be good. It seems to be an obvious point, so consider this a confirmation more so than an affirmation. Enough already, time to eat crow.

While the #Bills get trounced in Baltimore, their last two franchise Quarterbacks are leading the biggest upsets of Week 1 #Browns #TyGod #Bucs #FitzMagic

The biggest news of the NFL week was arguably the impending contract hold out of Steeler All-Pro Le’Veon Bell. There were rumors all the way up until Saturday night that he would report to the team, but once we got passed Labor Day, you knew Week 1 was not going to be good to play him in any capacity.

The backup to Bell is James Conner, who played his college ball for the University of Pittsburgh, and grew up in Erie, which is just a little over 2 hours away from Pittsburgh. Needless to say, Conner is a hometown favorite. Add to that his heroic defeat of cancer when he was a collegian, and you have a made for TV movie (or after-school special at the very least).

None of this has to do with Fantasy Football though. And, before Week 1 started, as Bell’s holdout continued, Conner was listed as the starting running back for the Steelers. And, concurrently, he became one of the biggest risers, and most intriguing names for proponents of fake pigskin. To be clear, I was actually a big supporter of Conner’s during the lead into the pros. Go back and check out what Chris Burke of The Athletic and I had to say, when we covered him for my 2017 NFL Draft series.

However, I spoke out against him on Sunday, as many were tweeting at me for some Start/Sit advice. I had him listed at RB18 in my weekly Rankings on Fantasy Pros, and it felt right. But everyone suddenly seemed to be a relative of the new Steeler starter. It was like some alternate universe where Le’Veon Bell didn’t exist, and #30 was whose jersey was being worn in videos on YouTube.

And yes, don’t feel bad. In case you were wondering, Conner wears number 30. Side note, does James Conner in a Steelers helmet remind anyone of Hines Ward?

Maybe speaking out is a little exaggerated, but I felt compelled to make the point for people to not think you could just plug and play, and replicate what we’ve seen Le’Veon Bell do at this level. In hindsight, I wish I had seen this Curt Popejoy post earlier. In hindsight, I wish I had re-watched the video I did with Chris Burke sooner. But I didn’t do either of those things, and I trusted that the Browns Defense was ready to take a step forward and would be able to shut down an unproven runner making his first career start.

So when Conner had 2 Touchdowns and 90 yards rushing on his first 11 carries, my timeline was corrupt with ingenious tweets depicting my absurdity. It made me remorseful for not remembering what I had originally thought of Conner, and it made me defensive to now find flaws into his being the big breakout of 2018. To be honest, I only have one. Conner finished the game, a tie game I might add, with 31 carries for 135 yards. Translated that means he only had 45 yards on his final 20 carries, or 2.25 yards per carry in comparison to the 8.18 he started off with.

It wasn’t as if the game was out of hand, so those final 20 carries had a lot of meaning. But I don’t know what they mean. Is he the guy we saw on the first 11 caries, or the one from the final 20? The 5 receptions for 57 yards were another bright spot on a phenomenal day for his debut. All in all, what I think this performance really did was to change the script for not just Conner, but for Bell, and for the Steelers as well.

How much can Bell risk looking like just another guy if Conner can maintain this success. How much has Conner written himself into the playbook, indifferent to Bell’s status. These are questions I didn’t think existed on Sunday morning, but now have the potential to change the course of what we thought 2018 would be.

Deeper you look into James Conner, the more there is to like. Scary to think he may still not even be back to 100% after all he's been thru

Pile on the Conner support in the comments below, and let me know what you thought of this inaugural edition of the series. I’m including my notes from game day so you can get an expanded look on what else was catching my attention from Week 1’s Sunday games. Thanks for stopping by, and hope to see you next week! PS – Don’t forget to check out my new series ‘The #DWG4 Experience’ every Monday night at 8:30pm on my Periscope channel. 3 guests, 3 questions, and that’s it! Debut this week includes Nando Di Fino, Sal Leto, and Eric Belair.